I’ve said this a lot, and it may just be the time of life that students find themselves in but wow does time fly! The new ‘On this day’ feature on Facebook reminds me that it really has been a whole year since I was almost half way through my year abroad and I somehow can’t wrap my head around that.

Now, I’m well and truly back in Manchester, back into the swing of lectures, readings, essays, and of course, the dissertation research.

END_OF_DOCUMENT_TOKEN_TO_BE_REPLACED

Everyone’s heard of the cliche ‘time flies when you’re having fun!’ and before I went on exchange, everyone was telling me that the year would fly by and I’ll be home before I knew it. I didn’t believe them then, but now that I’m reaching the end of my time in Canada, both of those phrases are all too true.

END_OF_DOCUMENT_TOKEN_TO_BE_REPLACED

With the beginning of the winter semester came a more relaxed bands schedule which meant free weekends. This was all a bit new to me but allowed me to do some more local exploring! This semester I’ve been lucky enough to head to Ottawa, Bruce Peninsula and Mont Tremblant.

END_OF_DOCUMENT_TOKEN_TO_BE_REPLACED 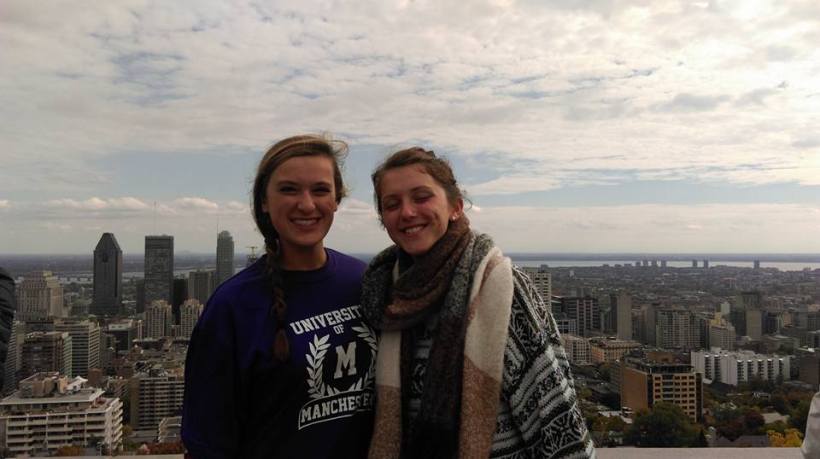 So on top of academics and Queen’s Bands excursions, what have I been doing? One of the many reasons as to why I chose Queen’s as my exchange University was because of its great location for travelling. To this day I’ve managed to visit NYC, Niagara Falls, Montreal, Toronto, Ottawa, Mont Tremblant and Bruce Peninsula which has just made me realise how lucky I am to be in this part of the world right now!

END_OF_DOCUMENT_TOKEN_TO_BE_REPLACED 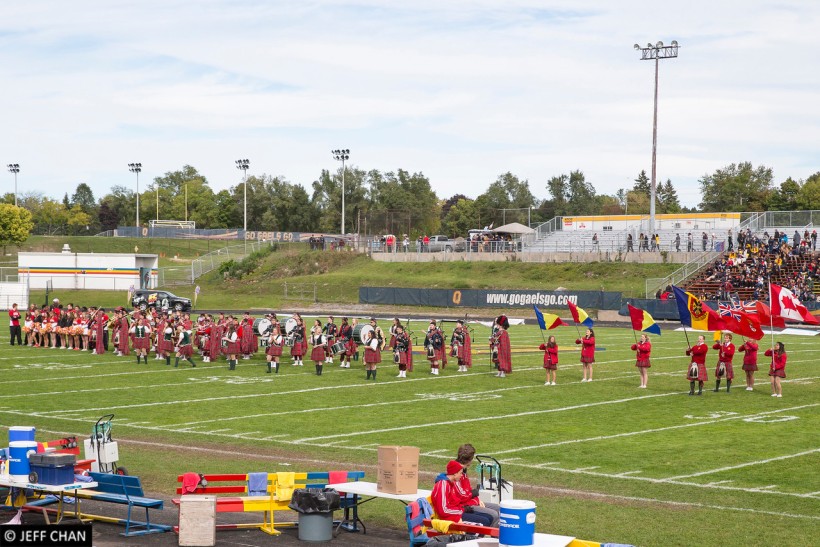 As it’s ever-too-quickly coming to the end of my time here at Queen’s, I’ve been reflecting on all the experiences that have made my year abroad one of my favourite years in my 20 years of being a living and breathing human. The answer came immediately to my head and that is; Queen’s Bands.

END_OF_DOCUMENT_TOKEN_TO_BE_REPLACED

Before I get started about all the of the academic differences between Queen’s University and Manchester, I would just like to express my incredulity that I am already half way through my year abroad…I am struggling to understand how time has gone that quickly, but I guess as the well known saying goes; ‘time flies when you’re having fun!’

END_OF_DOCUMENT_TOKEN_TO_BE_REPLACED

Today marks the 43rd day of my being in Canada(!) and although I’ve only had two weeks of classes, so much has been going on. First, I would like to apologise for my blog being so late. I thought that the first week of classes would be a perfect time to catch up on my blogging as there wouldn’t be too much work. Safe to say, I was wrong about the ‘not much work’, but that’s a topic for another blog!

So what has been going? So much! To stop this blog from being an un-structured mind-dump of everything that’s been happening since I arrived, I’m going to split it into sections of ‘firsts’; First Impressions, First Friends and First Week of Class.

Having flown for 8 hours to Toronto, waited 4 hours for our bus to take us to Kingston and travelling for another 4 hours to get into Kingston, the only activity on my mind was sleep. As we walked from the university campus to our motel at 11:30pm, I can’t say that first impressions were great and I was very sceptical about my study abroad decision. Thankfully, my first impressions couldn’t have been more wrong, and let’s be honest, nothing looks too exciting in the dark after 16 hours of travelling. We explored Kingston the day after we arrived and to my relief, I loved it and am loving it more and more every day. It is very different to Manchester in the way that it is much smaller, most of the shops are small independent ones but it is a refreshing change. My favourite part is that there is a lake just 10 minutes from campus, of which the grass and pier overlooking it became a favourite spot for me and my friends during the very warm days before classes started. Although being a geographer should really mean that I have some concept of the climate in different areas of the world, I was shocked about how warm it was and how many days we could spend by the river. I have been told by many Canadians, though, to make the most of it because winter will be coming!

Before I came to Canada, I didn’t have a house sorted, but thankfully, this wasn’t much of an issue and by five days into my stay, I had signed a lease. Moving in with four complete strangers was slightly daunting, but I did it in first year so why couldn’t I do it again? So far it has worked out incredibly well and hopefully will continue to work well. On top of meeting my housemates and becoming friends with them, Queen’s University put on a NEWTS week. This stands for New, Exchange, Worldwide and Transfer Students and is basically a ‘fresher’s week’ for anyone new to Queen’s University but not in first year. As part of NEWTS week, we were split into groups of around 10 and had two upper year leaders called ‘geckos’ (because we’re ‘newts’…witty, huh?). These were the groups we did all the activities throughout the week with and thankfully, there were three other geographers in my group! Highlights of that week included the tamming ceremony and the paint fight (for obvious reasons). The tamming ceremony is a Queen’s tradition. A tam is a Scottish looking hat with a coloured pom-pom on the top and every incoming student gets one when they start their course. However, you are not just given one and that’s it, oh no! We had the Queen’s Bands (basically a massive marching band complete with highland dancers, drum corps and pipe band) play to us and even a town crier came to lead us in our tam oath! It is definitely an experience I will never forget, and the tam is definitely coming back to Manchester with me.

In my next blog, I will talk about the academic experience in a much more detailed way but I’ll sum it up with one word; busy. It is exciting however because the courses I am doing this semester are all really interesting and hopefully that will continue throughout! Sadly, I have a group presentation and an essay proposal due in on Monday, along with two in-class tests next week and so I should probably stop procrastinating and get on with some studying. If you need me, I’ll have made my home in the library!

It’s weird how I’ve been planning for tomorrow for months and the flight has been booked since June yet I still don’t feel like it’s actually real. I mean, tomorrow I’m going to be getting onto a plane and fly thousands of miles away from my house, friends and family, to set up camp in Canada for the year..?!

Although it is crazy to think that I will be living nearly 3,500 miles away from home, I cannot wait to starting building a life out there for a year; finding a house, meeting other students and even getting stuck into my academics (although on my provisional timetable, I seem to have a lecture from 6:30pm-9:30pm?! So that may be interesting…).

Clearly the first step to making this life, is to get there. I count myself incredibly lucky that one of my friends has agreed to come with me for the first two weeks so that I am not completely by myself. Although I’m pretty sure he’s just coming along for a holiday, having another brain and common sense to use while setting up my bank account and other vital but mundane things has greatly calmed me down about everything. This has meant I can get properly excited about the adventure ahead.

Since I finally finished the major task of packing all my earthly belongings into a 20kg weight-restricted suitcase today, I have been able to look ahead to our actual arrival in Canada. According to friends and family who have shared their Canadian wisdom with me, going to Tim Horton’s as soon as we land is a must (I will find out what the big deal is and report back), they have no Cadbury’s chocolate (I know, I was as shocked as you are), therefore I must prepare to go without or stash accordingly and that Canadians are incredibly friendly!

Not only am I very excited to experience this stereotypical friendliness of Canadians, I am hoping that it will help me when trying to find somewhere for me to live! Facebook has really played a key part in me looking for places to live and people to live with (it’s probably the only time where being on Facebook has actually led to something productive). The hope is to get in touch with some of the people I have been chatting to, set up some viewings and hopefully live with one of them. Obviously, we’ll have to see how that plays out but that is the goal.

After finding a house, I’ll just be seeing where the Canadian university life leads me and will keep you updated on all things Canada!