Its safe to say that even before coming to study in America, spring break was something I was looking forward to. The week off in March (at NC State, this is Friday 3rd to Monday 13th) is a week in which everyone living on-campus must vacate halls. We decided to spend Saturday to Monday in Puerto Rico, the U.S. territory in the Caribbean. 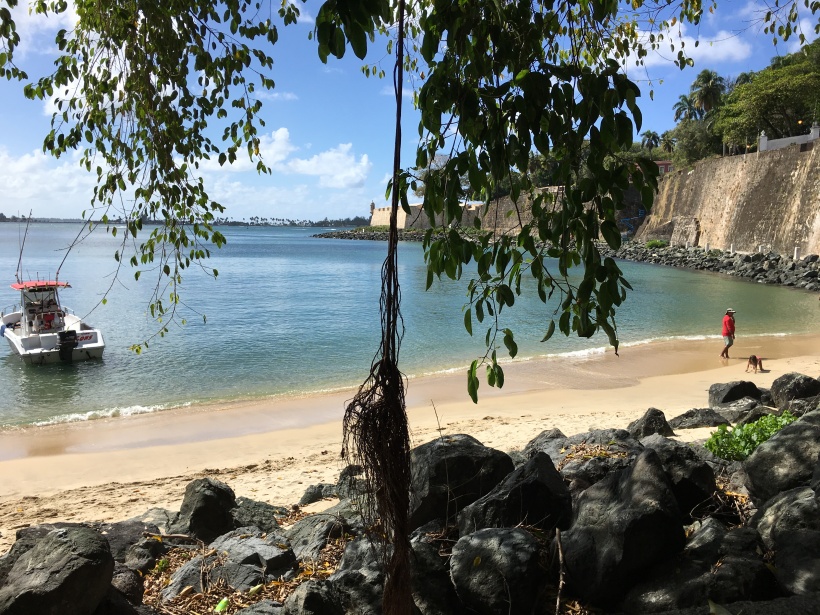 We wanted to leave mainland America for spring break, which ruled out Florida. Mexico was another option, but we decided on Puerto Rico because:

We set off from Raleigh-Durham on Saturday afternoon. Students at NC State have to leave halls by 10am on Saturday during spring break or you are considered to be trespassing, so we hung out at Talley Student Union before going to the airport. Our flight took us via Orlando, Florida, and we landed in San Juan at around 10pm local time.

When we first arrived in Old San Juan, the first thing that struck us was how old it really is. Many of the buildings are old, colonial style houses with balconies overlooking the small streets. We landed the jackpot with our AirBnB, which was a huge first-floor colonial apartment. The downside was due to a scheduling mixup we were left standing outside for nearly 2 hours, but luckily we were let in by a friendly neighbour to rest after a long day of travelling. 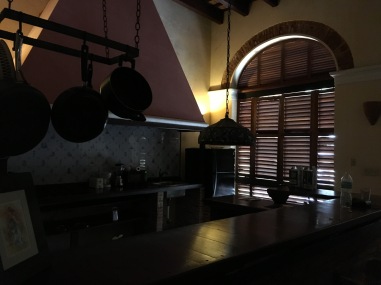 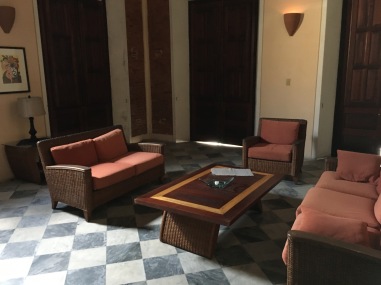 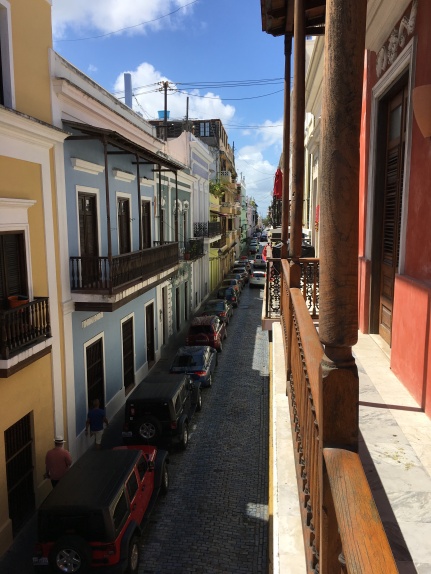 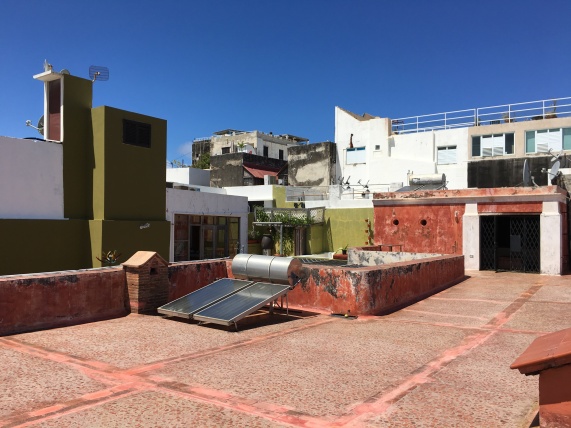 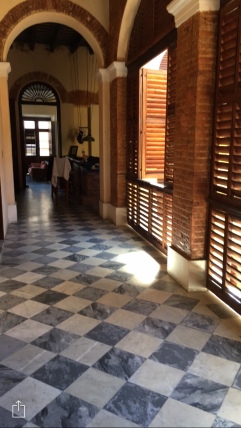 We were even lucky enough to have a balcony to enjoy the views of San Juan!

On our first day we decided to take it easy and get our bearings in San Juan, Puerto Rico’s capital city. The city was bustling on the sunny Sunday afternoon, with street music and salsa dancing as well as street vendors selling fresh Pina Colada (which originated in Puerto Rico). 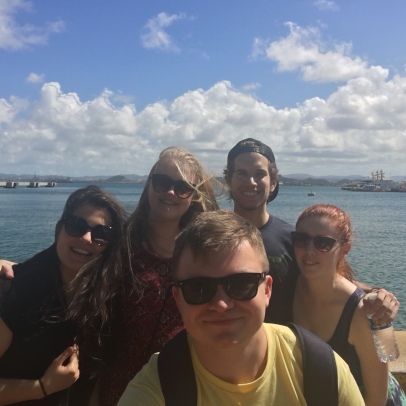 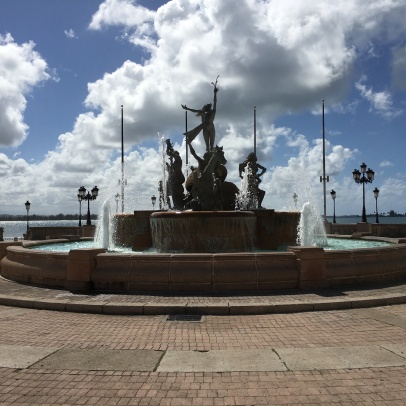 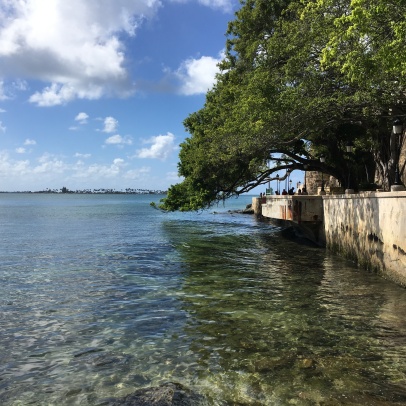 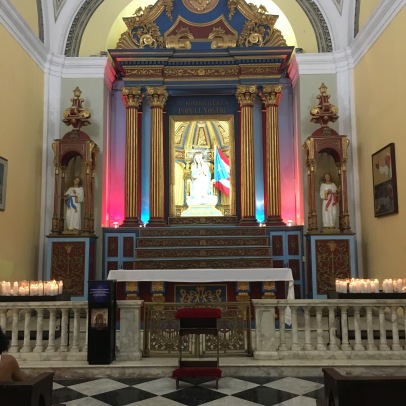 This was one of the sunniest days, in that it didn’t rain like many of the others. Island weather can be very difficult to predict, but even with rain showers they tended to only last a few minutes, meaning you could seek shelter in one of San Juan’s many local restaurants and cocktail bars. 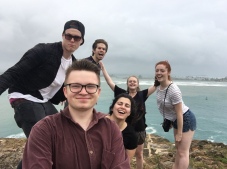 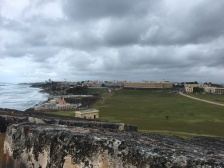 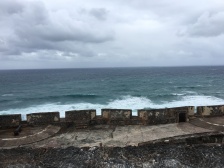 On our second day we visited the historical fort, Castillo San Felipe del Morro (El Morro for short), which was built by the Spanish when they occupied the island – parts of the fort date back to the 15th century, and it also offers stunning views of the coast and San Juan. We went on an especially windy day so got battered by the sea air! Later that night we met up with friends from NC State on San Sebastian, Old San Juan’s main street.

Having taken in the historical sites, we continued this and on the next day we planned a trip to the Bacardi Distillery. After fleeing Cuba the Bacardi family chose to produce their world famous rum in Puerto Rico, and the distillery on the island produces an astonishing 110,000 litres of rum per day! 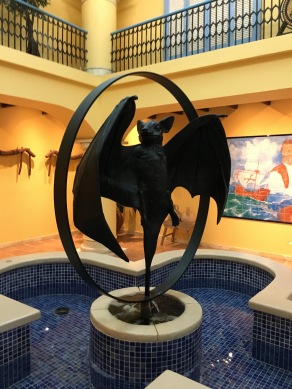 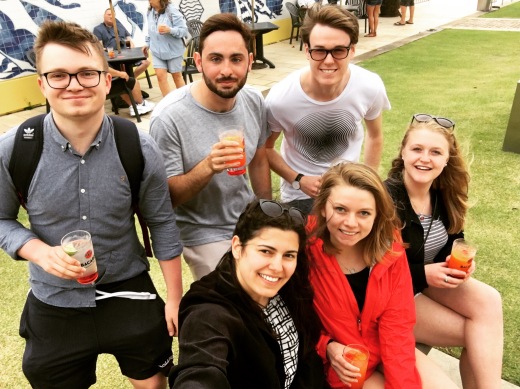 There are three options for the Bacardi Tour – the Historical Tour ($15), Rum Tasting Tour ($45) and the Mixology Tour ($45). We went for the Historical Tour and were taken to learn more about the history of Bacardi – after a complimentary cocktail, of course. We were there for around 2 to 3 hours, so the tour was great value for money. It was around a 20 minute taxi ride away from San Juan – you can normally get a ferry which is much shorter and cheaper, but the weather conditions meant the ferry service was cancelled.

Having seen much of San Juan, on the Wednesday we hired cars and drove 45 minutes to America’s only national rainforest, El Yunque National Forest. The views at El Yunque were simply breathtaking. 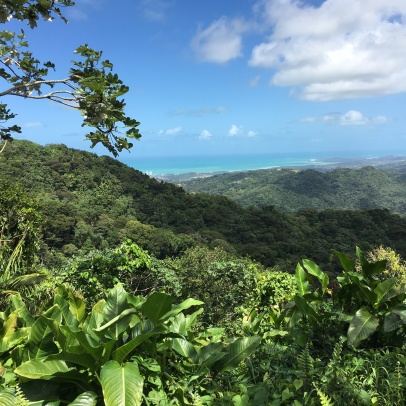 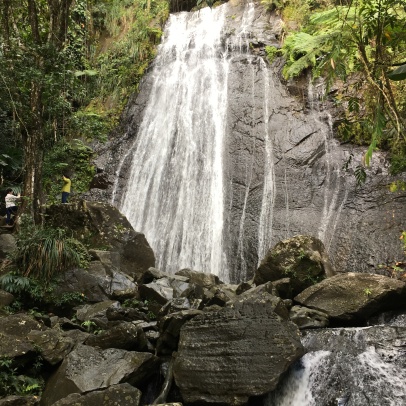 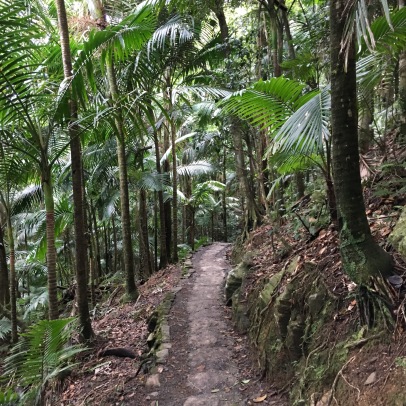 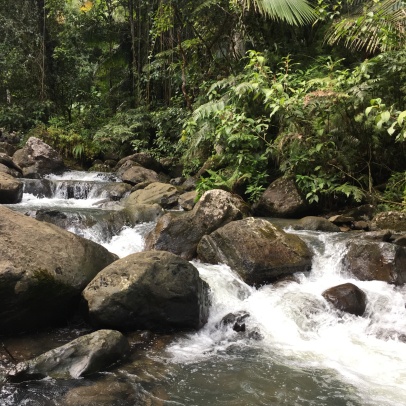 El Yunque was a world within itself, and something completely different from anything I’ve experienced before. We took the waterfall trail, which took around 30 minutes walking through the rainforest before we reached a natural waterfall where we swam and took in the stunning views. On the drive up to the start of the trail there are stop off points which offer views of the whole island out to the sea, and even an old watchtower.

The following day we left our apartment in Old San Juan and slightly east, to Isla Verde. Isla Verde felt completely different to the tight cobbled streets of Old San Juan, being made up mainly of one long road stretching the length of Playa de Isla Verde beach containing numerous restaurants, shops and bars. Our apartment came with a pool and was literally a 30 second walk from the beach. 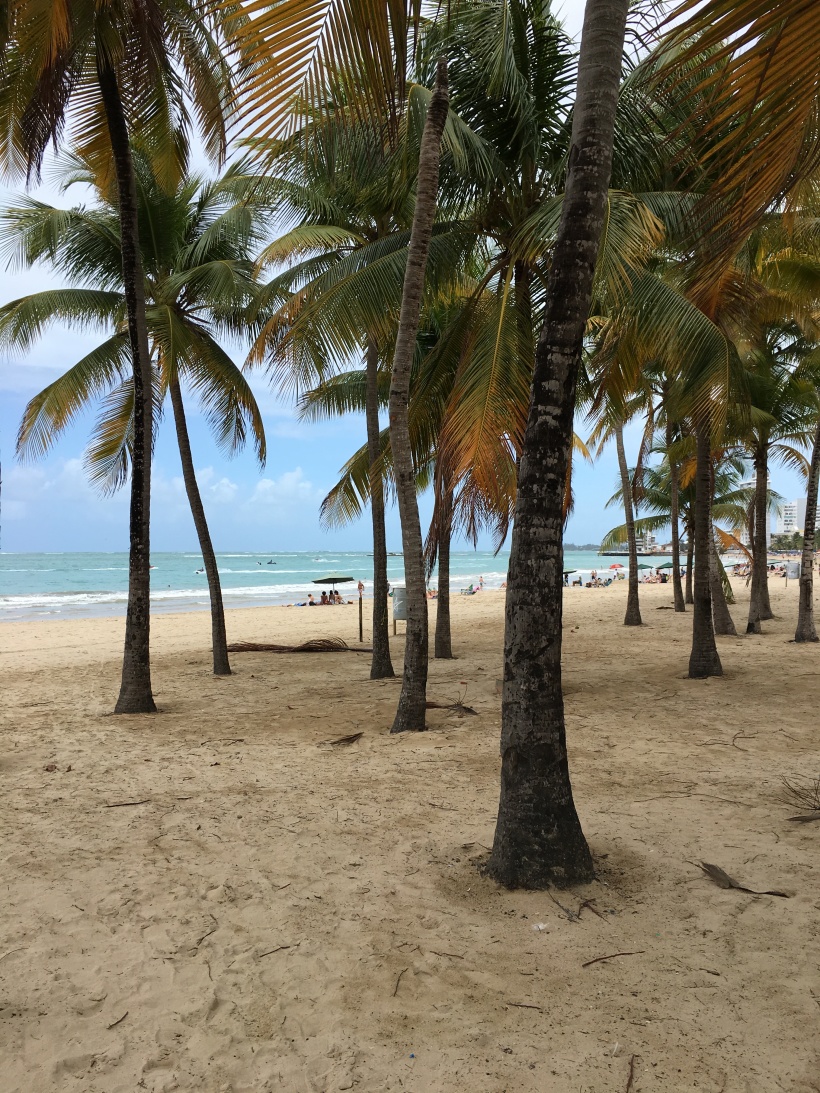 Unfortunately for the first two days on the beach the weather was relatively cloudy. However, the last two days we were burnt to a crisp! Ending the trip in Isla Verde with a relaxing 4 days on the beach was well needed. Isla Verde nightlife, though different to Old San Juan, is also buzzing – we spent our first night in a Puerto Rican karaoke bar and then travelled to the nearby strip, La Plasita de Santurce.

Overall, we had a great time in Puerto Rico. Whilst it might not be as typical a spring break destination as Cancun or Florida, there was plenty to do. Landing back in North Carolina to below freezing temperatures was a big reminder that the holidays are over!