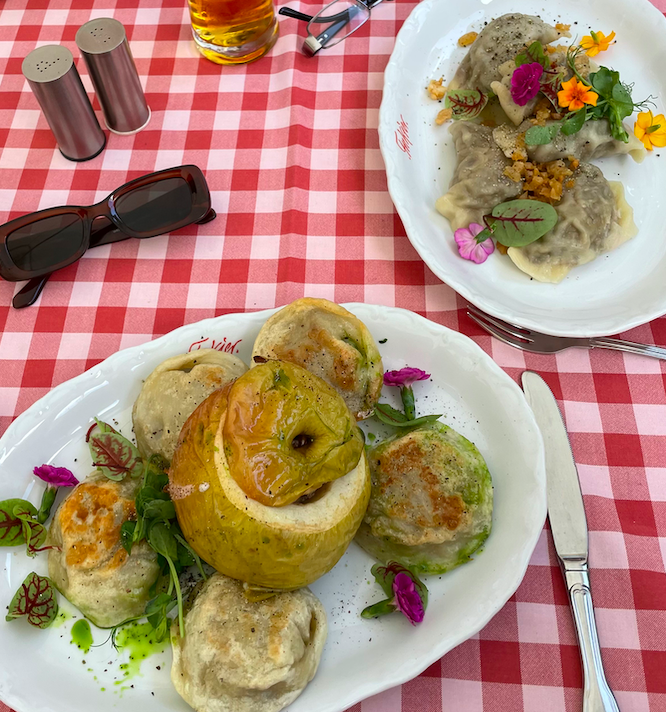 One of the best parts of studying abroad was trying lots of different cuisines. I love trying new food, so I was very excited to try lots of Polish dishes when I arrived in Warsaw, and they didn’t disappoint! Below are some of the things you should try if you end up studying in Poland or have the chance to visit.

Pierogi are filled dumplings that come sweet or savoury. I had these on my first day in Poland and they quickly became a favourite. They are super hearty and filling. The most popular fillings are meat, sauerkraut with mushrooms, spinach, buckwheat, potatoes with fried onions, sweet cottage cheese with raisins and seasonal fruit. You can get them either boiled, baked, or fried, but traditionally in Poland you eat them boiled with butter and onions on top.

The authentic Polish potato pancakes are a traditional comfort food eaten all over the country. The base is always potatoes, grated onions, eggs, and flour, flattened and fried into savoury pancakes. I very clearly remember having this after I had spent the day hiking in Zakopane. I was so exhausted and went to a traditional milk bar for some food to rejuvenate me. These pancakes served with stew, sour cream and cheese and a side of Rosół (Chicken noodle Soup) which really hit the spot.

If you’re in Poland and you want to have traditional food for a good price, avoid tourist restaurants and head to a milk bar. Milk bars are a type of Polish cafeteria which during the Communist era provided government-subsidized traditional Polish cuisine at low cost and they’re just as popular today!

This unique and humble soup is popular in many West Slavic states, but the Polish version is traditionally eaten around Easter time. It’s known as the Polish Ryemeal Soup and is made by fermenting the cereal (Rye) and cooking it with sausage, bacon, or ham. It’s creamy, smoky, cooked with lots of garlic and is not as sour as fermenting suggests, it’s more a rich savoury sour taste. I made everyone who came to visit me try it and they were all just as impressed as me. Sometimes it comes served in a bread bowl which is the most warming meal on a cold winter’s day.

Who doesn’t love a good traditional cheese? Traditional Polish cheeses like Oscypek and Bryndza are made with sheep’s milk from the mountain meadows of south Poland, the Tatra Mountains. They’re made by smoking in a wooden oven or hut called a Bacowska. The process is so well known that to preserve the tradition and methods, the production is given an EU subsidy which allows the shepherds and cheesemakers to continue the processes.

I had this for the first time at a Christmas market in Wroclaw, wrapped in bacon and served with a cranberry sauce and it blew my mind!

These Polish doughnuts are dusted with sugar or bits of dried orange zest and filled with a sweet filling like a jelly or jam. The flat I lived in in Warsaw was on the same street as the oldest most traditional donut shop in Warsaw and I quickly became a regular there. There were queues down the street every day and you had to be there early before they sold out. They were wrapped up in paper, tied with string and had a stamp of authenticity.

This is a croissant with white poppy-seed filling traditionally prepared in Poznań and some parts of Greater Poland region on St. Martin’s Day. I used to have these for breakfast on my way into uni a lot!

Me and my friend took a trip to Poznan took part in a St Martin’s croissant cookery class. It was a lot of fun to be hands on and make them ourselves and we learnt a lot about Poznan’s history. 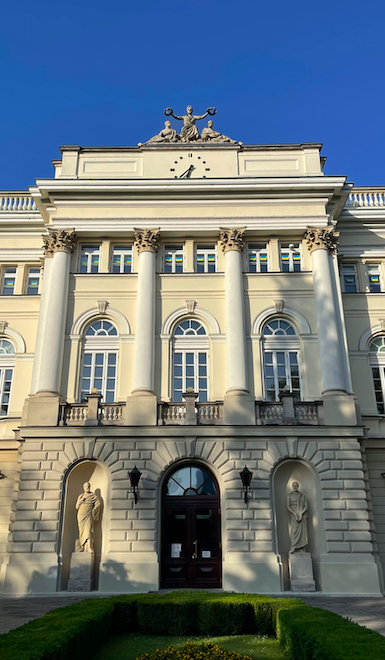 The workload of an Erasmus course at the University of Warsaw is a lot less than what is expected of a normal academic year at the University of Manchester. This is great during your study abroad as it meant that you have a nice balance between studying and doing things like socialising, travelling, and enjoying the change of lifestyle and culture.

This was also a great opportunity to study a wide range of subjects that had never been on offer to me before in Manchester. I studied the following modules on the Law Erasmus+ programme.

All of these were super interesting and engaging topics to study and the lecturers were top class. My favourite class was criminalistics and forensics as it was very hands on when we were analysing fingerprints and DNA samples.

As well as the nature of academic life in Warsaw, the campus itself was so beautiful too, which makes it an enjoyable place to study. The botanical rooftop library garden was a real highlight.

Overall, university life at the University of Warsaw was incredible and I would really recommend a applying for the academic side of the university alone, not just the amazing city it is in! 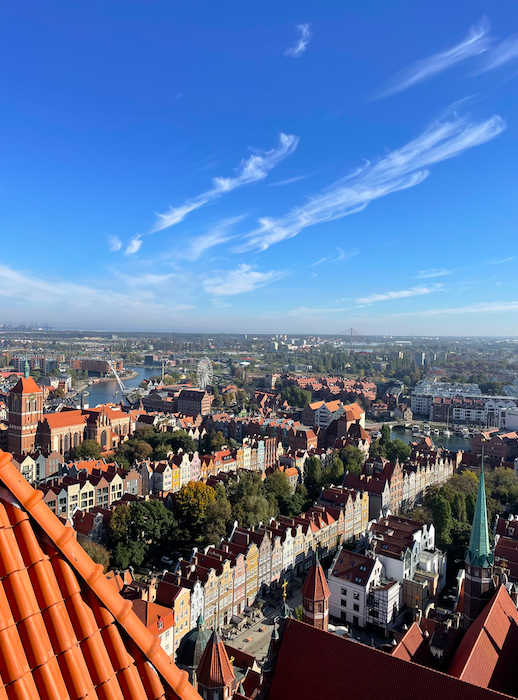 My year abroad gave me plenty of opportunities to travel during the year. This was due to the increase of free time, availability of cheap flights and being in the centre of Europe. I’ve created a list of all the places I managed to visit within Poland firstly. This highlights the extent to which you can travel abroad, and even just in your own exchange country. Just one of the many perks of the international study programme!

END_OF_DOCUMENT_TOKEN_TO_BE_REPLACED 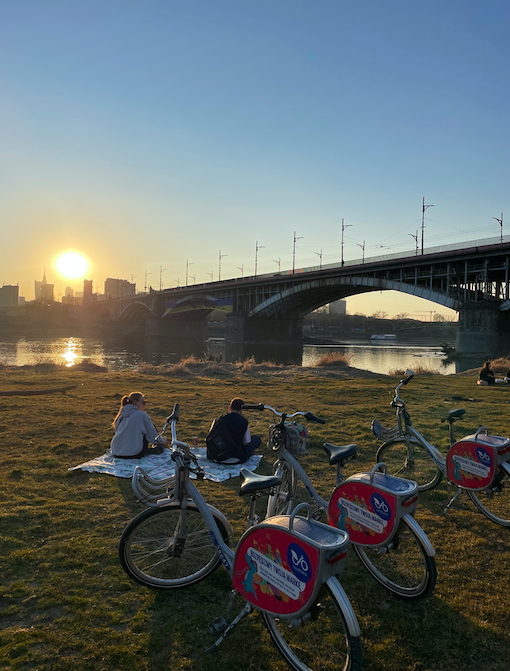 While Warsaw is a cheap city to begin with, spending easily adds up when studying abroad. However, there is always something to do here that won’t break the bank!

END_OF_DOCUMENT_TOKEN_TO_BE_REPLACED 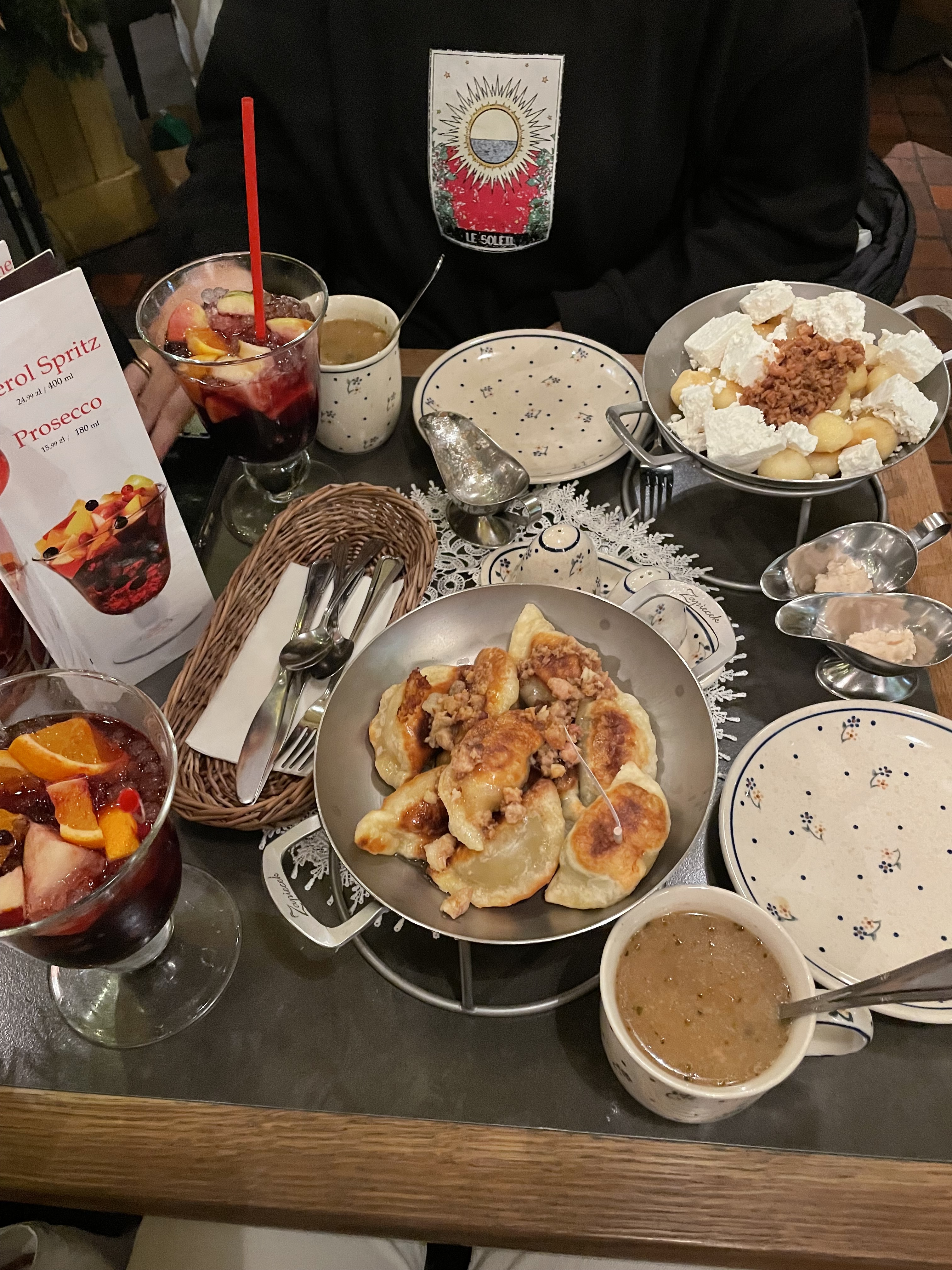 When I was making my application to study abroad and choosing cities, Warsaw didn’t even make my Top 10. I knew nothing about it, and I had never been to Poland. Due to other allocations being cancelled, it was the only option for me if I wanted to go abroad this year. However, now that I’ve lived here for almost three months, my expectations have been truly exceeded and I would recommend studying here for lots of reasons!

These are some of them…

END_OF_DOCUMENT_TOKEN_TO_BE_REPLACED 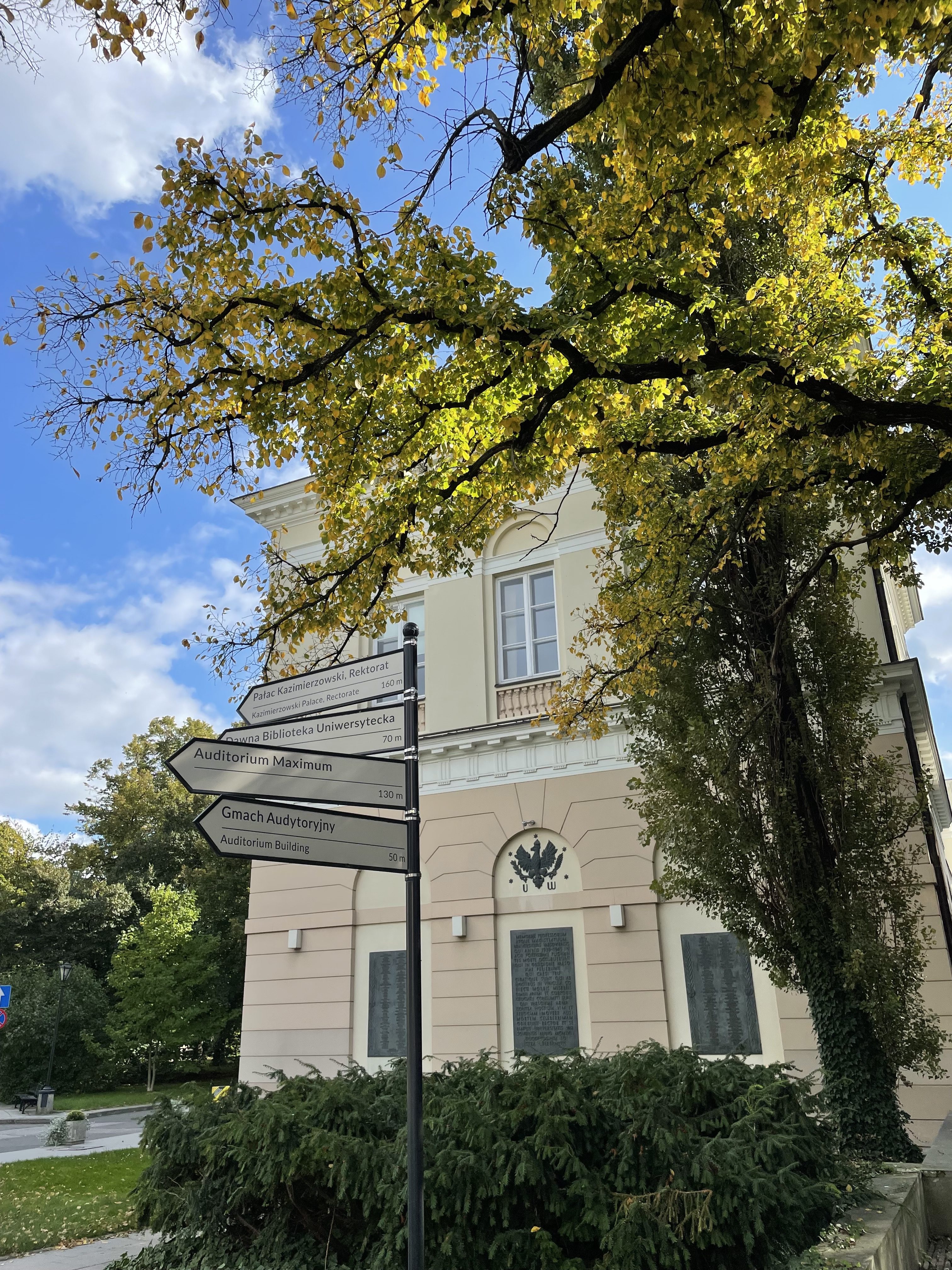 After initially being allocated to study at ANU in Canberra and then UNC at Chapel Hill, both of which were cancelled due to Covid, I finally accepted a place at the University of Warsaw.

The 25th of September came around very quickly and I packed up my life into three suitcases and travelled to Poland for the very first time. My dad came with me for the first few days while I sorted out my accommodation. We did all the touristy things like visiting the old town, trying local foods and strolling along the Vistula River. I took a trip to the campus to collect my student card and see which buildings I would be in. The campus is stunning, a lot prettier than Manchester! The best part has to be the Main Library which has a botanical garden on the roof. It took my breath away, especially in the sun and as the leaves change colour to gorgeous reds and oranges.