END_OF_DOCUMENT_TOKEN_TO_BE_REPLACED

With only just over a fortnight left before I move back to the UK after nine or so months in Finland, I thought I would look back at the top things I have done whilst living in Helsinki – and hopefully give you some ideas of what can be done while studying at UoH.

END_OF_DOCUMENT_TOKEN_TO_BE_REPLACED 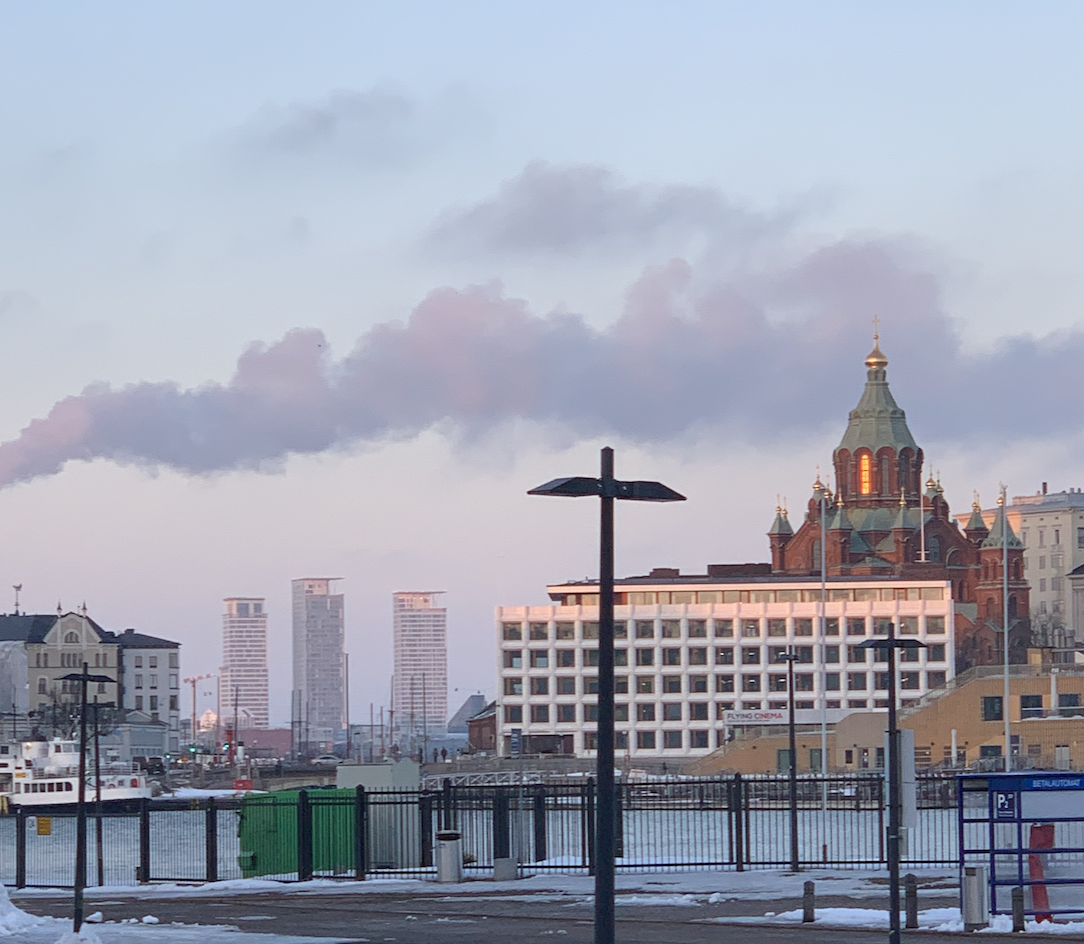 From Nordic minimalism to neoclassicism and even Byzantine-Russian, Helsinki is formed by an amalgamation of architectural styles, which can be seen on a (free!) walk around the city.

Try Senate Square and its star, Helsingin tuomiokirkko, designed by Carl Ludvig Engel for neoclassicism, and Lasipalatsi (“Glass Palace”), along with other buildings designed for the 1952 Olympic Games, for modernism. The capital also houses the largest concentration of Art Nouveau buildings in Northern Europe!

END_OF_DOCUMENT_TOKEN_TO_BE_REPLACED 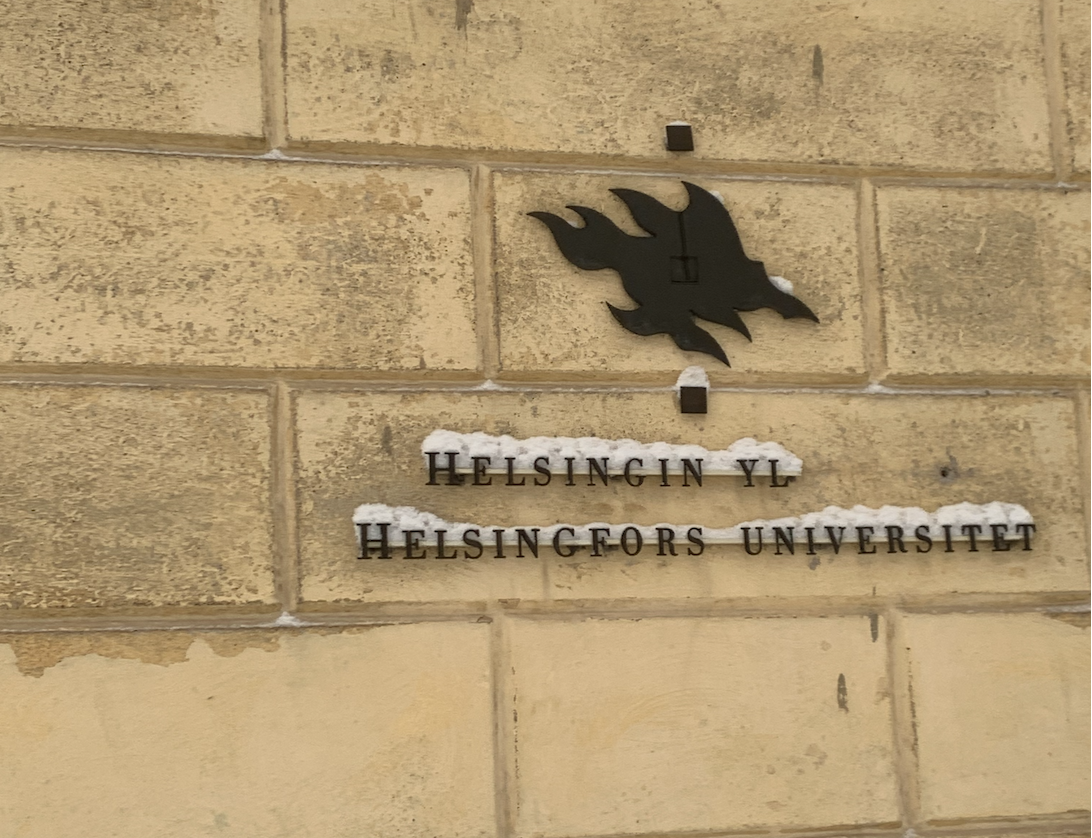 Unsurprisingly, university systems – the lectures, examination formats et cetera – differ throughout the world, and Finland is no exception. It was one thing I immediately noticed and found myself having to adapt to at the beginning of my first Semester in Helsinki.

END_OF_DOCUMENT_TOKEN_TO_BE_REPLACED 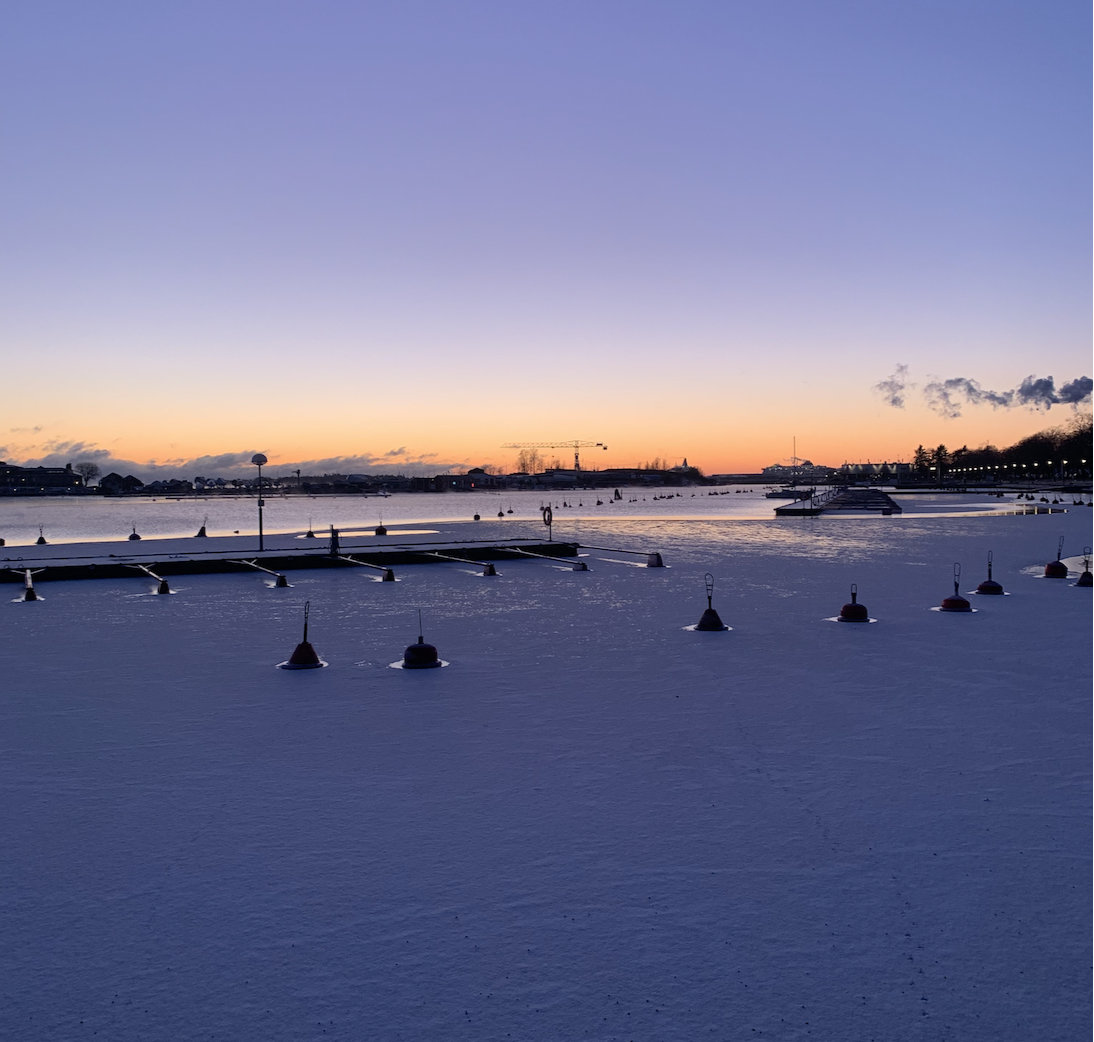 After a fortnight of the temperature persistently staying below -8°C, reaching eye-watering lows of -14°C (the Weather App helpfully told me this translated into “feels like -24°C”) and the Baltic Sea beginning to freeze over, I feel the time has come to impart some tips on how to stay warm during the Finnish winter.

Most of my peers, me included, arrived in Finland with no “big coat.” Not only does this save on suitcase space when you first leave your home country, but it allows you to buy a coat suited to Finnish winter. A puffer jacket will never let you down.

2. Layering is the new cool

I cannot overstate the importance of layering. It has been weeks since I wore jeans without leggings underneath or just one pair of socks. It has been longer since I have left the house without a scarf, gloves, and a hat.

I’d really recommend looking into a thermal liner jacket if you decide to come to Finland. For me, it’s been a lifesaver, and they’re very versatile! Before winter I wore mine by itself, and now it’s colder, it fits perfectly under my big coat and keeps me nice and warm. A win-win, if you will.

3. Walk off the chill

Though leaving your apartment might seem daunting when it’s so cold, but Helsinki is beautiful in winter in a way I doubt anywhere else is.

Whether it’s a walk around frozen Töölönlahti, or a personal favourite of mine along Ehrenströmintie and the coast in the south of the city, nothing is will make you feel as successful as braving the outside. My top tip would be to aim to get to the sea at around 3pm in December and hope for clear skies. The sun really does know how to put on a show.

Beware, however, glasses wearers like myself! My lenses have frozen over more than once on a walk. You can’t win everything, I suppose.

4. If all else fails: Glögi

Whether it be copious amounts of coffee, hot chocolate, or even a cup of glögi, the traditional Finnish mulled wine, that you fancy, head to one of Helsinki’s many cafés, or from late November, the Christmas market, and behold. Nothing will warm you up quite like it. 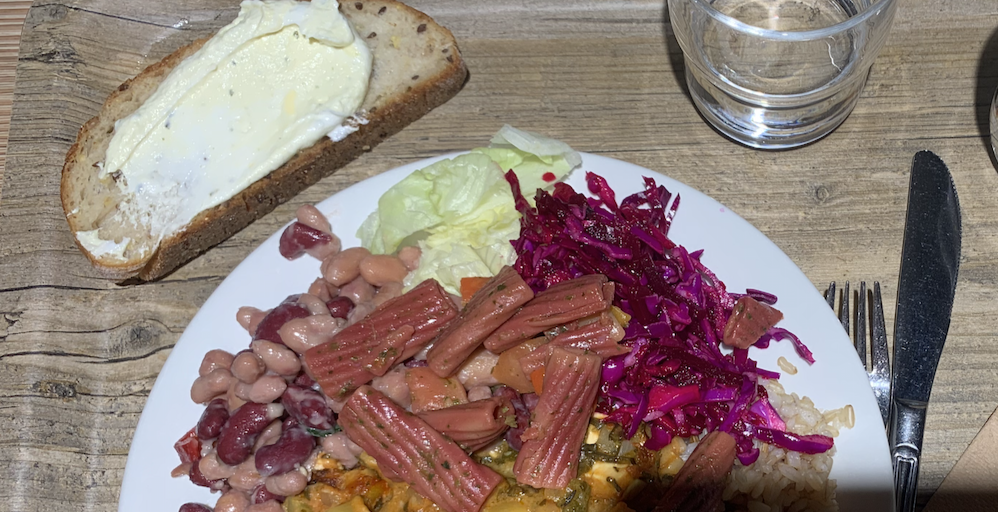 One of the first things anyone will realise post arrival in Finland – whether as a tourist or to study – is that eating out is expensive.

Where once I was enjoying a hearty meal (and maybe even a drink) in the Northern Quarter for under £15, I was now in Kamppi, or Kluuvi, where prices can range from €15 to, at worst, €20 plus for food alone.

But have no fear! The following will ensure you a chance of exploring the amazing food scene in Helsinki, all whilst not making too much of a dent in your student budget.

END_OF_DOCUMENT_TOKEN_TO_BE_REPLACED 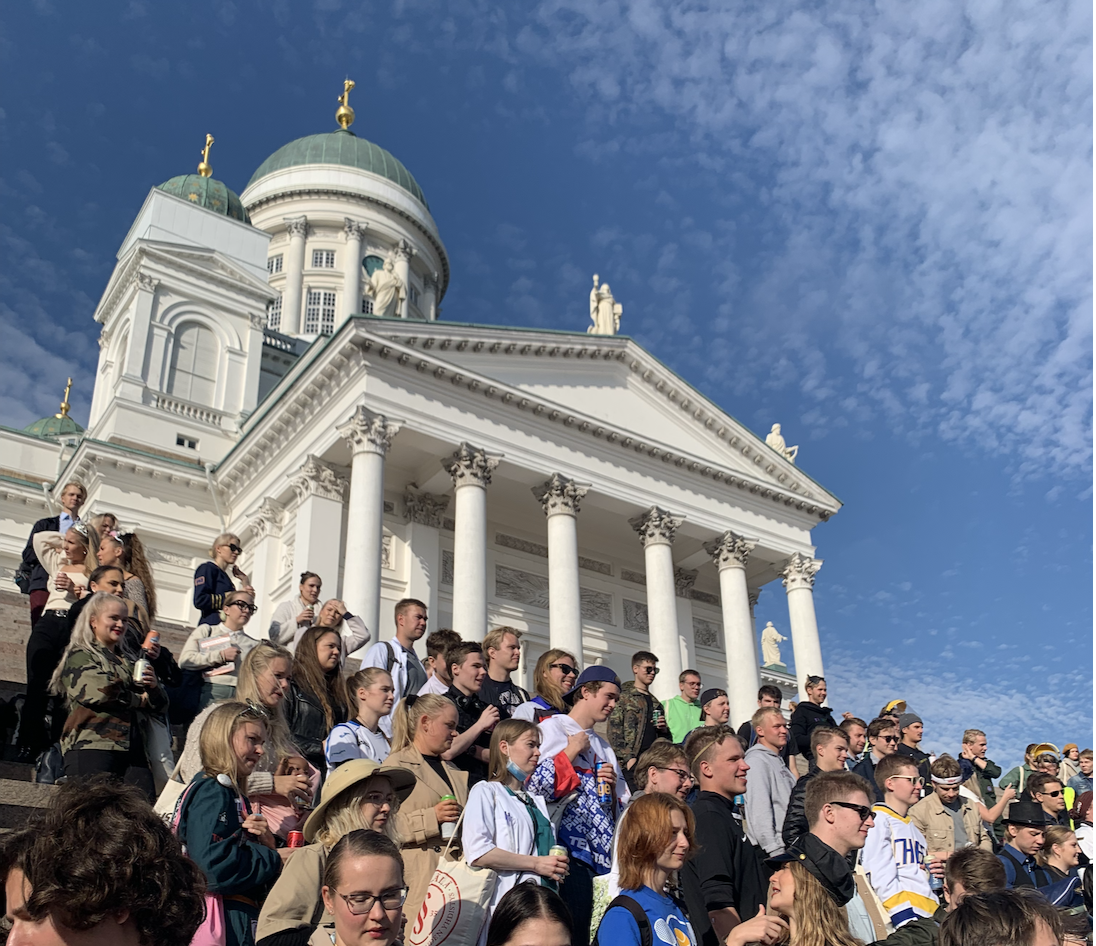 When I arrived in Finland, I had little expectation for Freshers. Made pessimistic due to the pandemic and the restrictions still in force in Helsinki, I expected nothing more than a few quiet drinks with other exchange students I met in my accommodation. Luckily, I couldn’t have been more wrong.

Freshers at the University of Helsinki is a big deal. Fuksit (first year students) – or Phuksit for law students – take over what seems to be the whole city in a week or so of activities and orientation organised, at least for the School of Law, at both Faculty level and through the law society, Pykälä.

Barely two hours after landing at Vantaa airport, I was already meeting my tutor group for the first time in a café in the city centre. Over the next week, we would watch introductory lectures together, both in person (what a novelty!) and online, as well as attending other events, all whilst managing to walk a massive 20,000 steps each day.

In the afternoons, our tutors, both second year bachelor students, often took us sightseeing, around both the campus and city, or we would spend the lunch hour like typical Finns – in a restaurant or at a bar where we enjoyed the final hints of summer, all of us knowing it was likely the last time we would see the temperature reach 15 degrees until next spring.

Evening events were often the highlights of the day and ranged from a very competitive tournament of the traditional Finnish game, Möllky, to an even bigger Flunkyball tournament (a game involving beer, a bottle, running, and a shoe – much better than it sounds, I promise!). We were even, on one evening, treated to a night-time concert attended by both Finnish and Exchange Law students in Kaivapuisto, a beautiful park right on the coast.

The best event I had the chance to take part in was Phuksiaiset. Labelled on Pykälä’s website as “the event your mother warned you about,” this mammoth scavenger hunt was set in a handful of Helsinki’s southern parks and included teams of eight taking part in ridiculous and frankly insane games and challenges to earn points. Turning up at the starting point on the steps of Helsinki Cathedral, my friends and I quickly realised, somewhat bemusedly, that Finns take this event very seriously, and we made the decision to do the same. This turned out to be the right decision, and the day ended up being one of the most fun – and memorable – experiences from my first few weeks in Helsinki.

Now things have finally calmed down at little here, the temperature has dropped and my courses have begun, it feels like a good time to reflect on my first foray into Finnish student culture.

As always, though Freshers can be overwhelming, and perhaps even worse when in a new, unfamiliar country, fthanks to the great tutor group system here at UH, I really could not have hoped for a better start to my year studying abroad.

On that note, I’ll sign off. As the Finns would say, hölökyn kölökyn! Or for us English speakers – cheers!