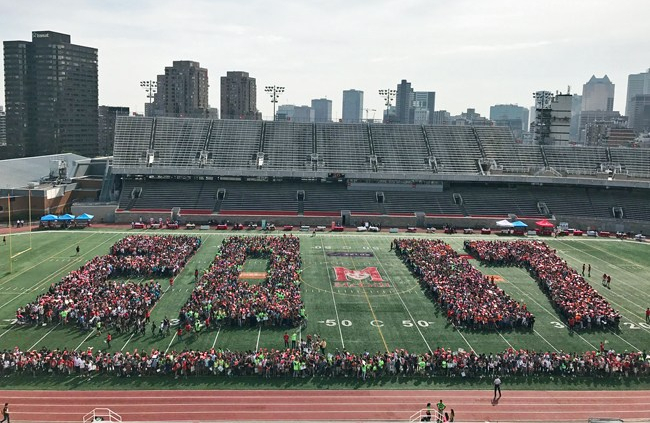 Now that I am settled back at home in the UK and looking back at my study abroad as if it were a dream, I feel it’s time to write my final blog. I will dedicate this mostly to future McGill students and offer some specific advice for you, as I know this is harder to come by than generic advice about studying abroad.

END_OF_DOCUMENT_TOKEN_TO_BE_REPLACED 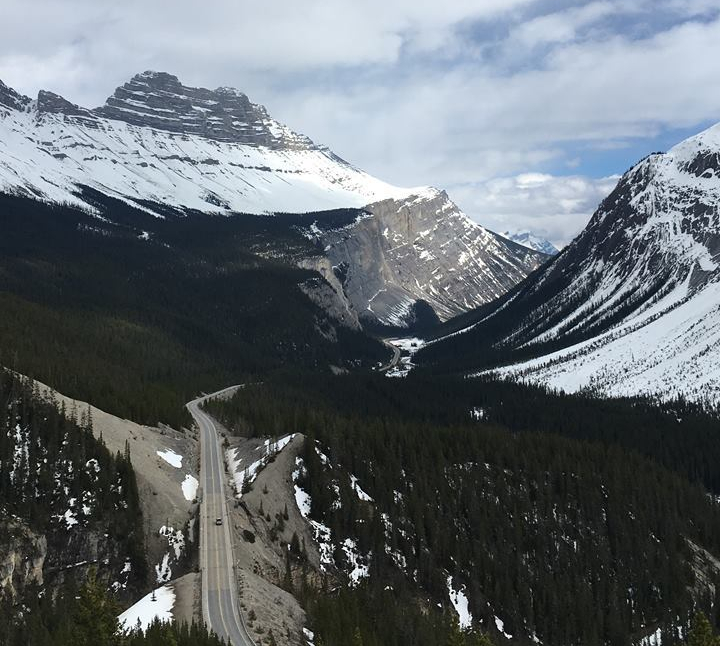 With the end of April came the end of exams and the end of a fantastic year at McGill. Although it was sad to leave behind all I had known for the previous 8 months, I was eager to begin my travels that I had been planning and dreaming of since this Canadian experience began. At the heart of these dreams has always been road tripping through the Rocky Mountains and we took no time to hang around before embarking.

After a night stopover in the cowboy city of Calgary, we picked up the car and set off on a hefty 6 hour journey to Jasper. This took us along Icefields Parkway, the absolutely stunning road that runs between Banff and Jasper National Parks. Jasper, a small town nestled up in the dramatic mountainous landscape, was beautiful. Easily the most picturesque place I’ve ever been. Whilst in Jasper we hiked, hiked, and hiked again. The highlight was the Valley of the Five Lakes as despite being told all lakes would still be frozen at this time of the year, we discovered one of the lakes to have completely thawed to the picture perfect turquoise colour so famously associated with the Rocky Mountain. A trip back down the Icefield Parkway, with a midway stop at the dramatic Athabasca Glacier, took us to Banff where more hiking ensued, along with well needed relaxation in the thermal springs as well as some more unsuccessful bear spotting.

END_OF_DOCUMENT_TOKEN_TO_BE_REPLACED 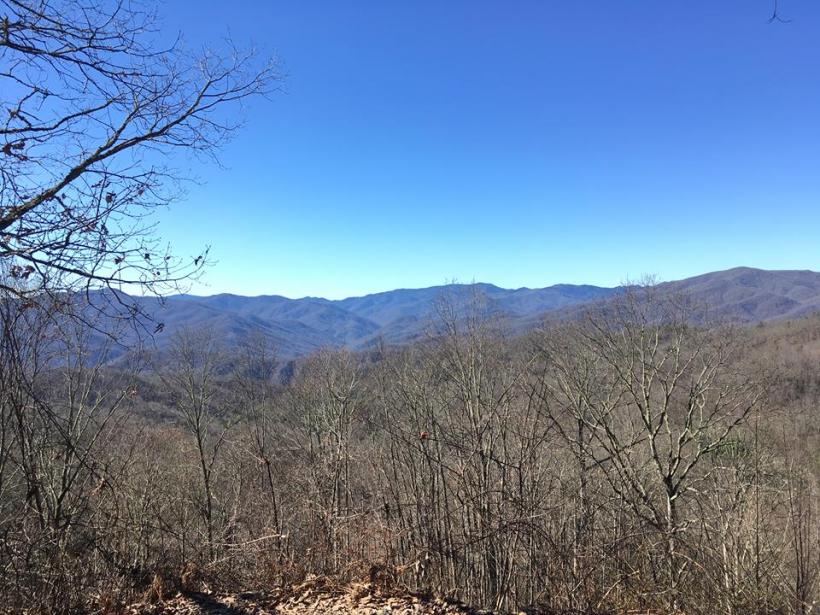 A highlight of my year abroad that I’m yet to blog about in detail was Spring Break. When it came to planning for this week, I was at a bit of a loose end. I hadn’t committed to any plans as most of my friends at McGill had long planned to go to Cuba. Having already been in December, I was keen to travel elsewhere in my precious week off. After a quick chat to a close friend on exchange at the University of Tennessee, I had a flight to Knoxville booked and my plan had been made. Knoxville, Asheville and Nashville… this trip couldn’t have sounded more American if I tried. Tennessee was certainly not somewhere I expected to travel on my study abroad but I was excited, although somewhat wary, about what it had to offer.

END_OF_DOCUMENT_TOKEN_TO_BE_REPLACED 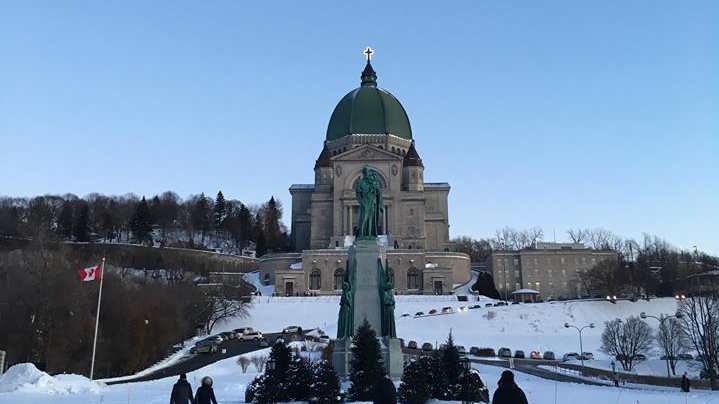 From the moment I found out I would be spending a year in Montreal, the horror stories about the crippling Canadian winters began. “Minus 30 degree temperatures every day” they said. “You won’t be able to go outdoors for months” they said. “You’ll need to spend $1000 on a Canada goose jacket and winter boots” they said. I expected and mentally prepared for the worst but soon came to realise that this worry was unnecessary. I mean, Montreal’s snow and regular sunshine versus Manchester’s grey and rainy Winters… I think I know which one I’d rather.

END_OF_DOCUMENT_TOKEN_TO_BE_REPLACED 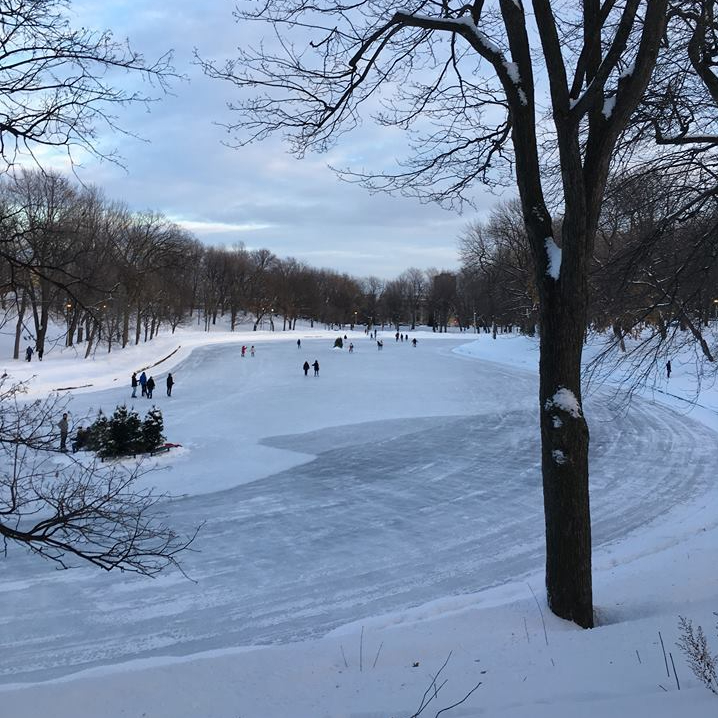 Having never spent a Christmas outside the bustling metropolis of rural Cheshire I was extremely excited, albeit slightly apprehensive, about spending the festive period away from home. As long as I’ve known that I will be partaking in the study abroad program, I have always been fully committed not to go home for Christmas and originally planned to use this time to travel. However, I luckily finished my semester earlier than expected and was able to take advantage of cheap mid-December flights to Cuba and returned in time to spend Christmas and New Years in Montreal.

END_OF_DOCUMENT_TOKEN_TO_BE_REPLACED 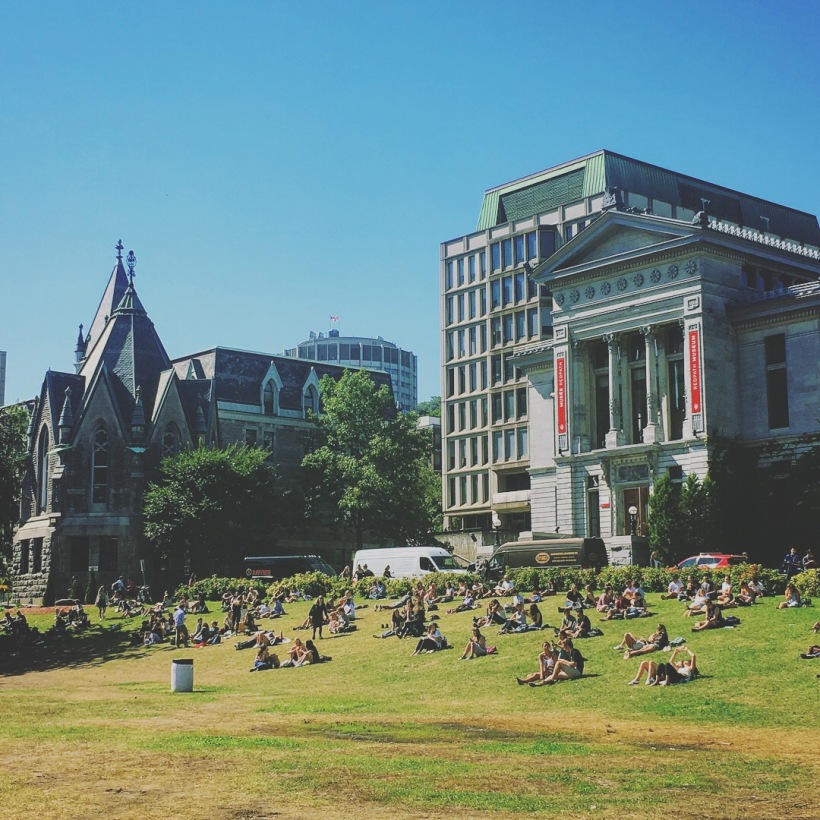 After completing my first semester at McGill, I believe my academic experience over here is sufficient enough to write this blog and provide some honest advice for you future exchangers on what to expect academically and how to successfully cope with the change. As I know the academic system in many Canadian universities is similar, this blog doesn’t just apply to those of you going to McGill. Yes, I may be a Scrooge posting such a dry (but important!) blog on Christmas Eve but I hope this provides some useful festive reading.

Do this as soon as registration opens! I was not aware of how quickly the popular courses would fill up and as a result I logged in half an hour after registration opened to find most of the geography courses I had wanted to take were full up. If they are full, you may have the option of joining the wait list that will put you in line in case people drop out of the courses. However, even the wait lists were full for some of the courses I had wanted to study. This made me think outside of the box and look into other subjects and eventually I settled with two geography courses, one history and one anthropology. I have no regrets at all with my choices and I am thankful to have been forced to study outside of my ‘comfort zone’ and would recommend anyone to do the same!

Use the first week to try out as many classes as you can, as these first lectures will give you a good idea of what to expect from the course. Do not fall into the trap of thinking the lectures in the first week are not worth going to as for myself and many others we quickly learnt after this week which courses to take, helping to clear our heads and prepare ourselves for the real studying to start in week 2.

Just to brighten up this post and prove there is life outside of McGill, here’s a photo I took in Havana during my recent trip to Cuba.

McGill is intense. There’s no denying that. The workload is heavier than that of Manchester and you’re regularly bombarded with assignments, ‘quizzes’, mid-term exams and then final exams to top it all off. This is a lot different to Manchester, where courses are often more exam heavy with less assignments during term time. That being said, I have found the exams over here to be easier as they often only contain content from half of the course if there is both a mid-term and a final exam for that course.

Do not let the workload put you off. It’s the small price you have to pay to study at such a great university and live in this amazing city.

Coping with the new academic system

It does take a while to get used to but I can say with absolute honesty that this semester has made me not only a better student but a better person. Regular assignments mean you must keep on top of your work and the common approach back home of taking the back seat and cramming when it comes to January exams will not suffice over here. Instead, it’s important to make it your habit to keep on top of your work. For me this involved spending my afternoons in my lectures after my mornings of classes. This may not be what you want to read but because of this I feel I have become a much more efficient student and a more productive person in general, as well as helping me become more interested and involved with my courses. By getting everything done in the afternoon, you’ll also have your evenings and weekends free so it won’t sacrifice the most important aspect of your exchange… socialising and travelling.

One last tip – try to make friends with some people on your course! Everyone at McGill is super friendly and will be happy to help. I took a remote sensing class this semester that I found very difficult but was helped through it by fellow class mates, helping me to pass the course in flying colours despite being convinced I was going to fail back in September. 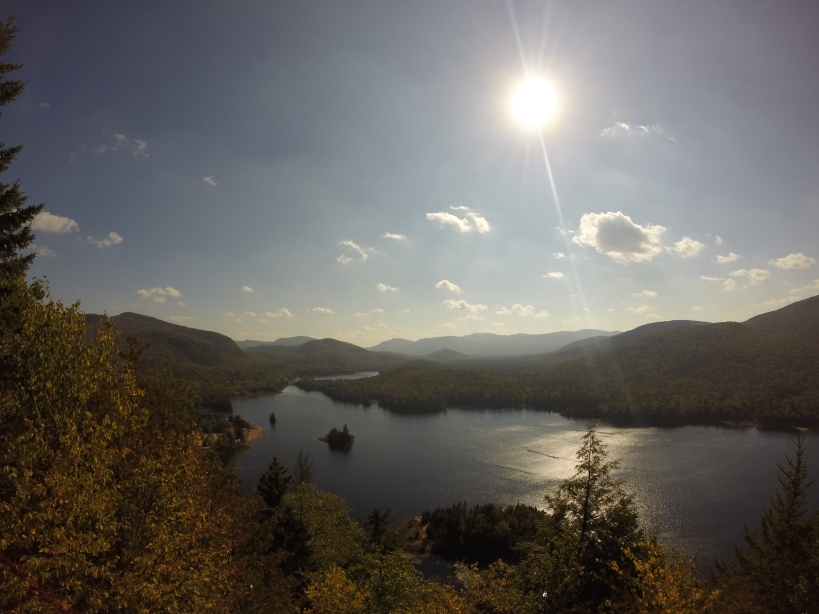 This was taken during a camping trip to Mont Tremblant National Park. An example of one of many weekends NOT spent in the library.

If you have any questions feel free to email me on james.walley@mail.mcgill.ca or james.walley@student.manchester.ac.uk (checked less regularly). 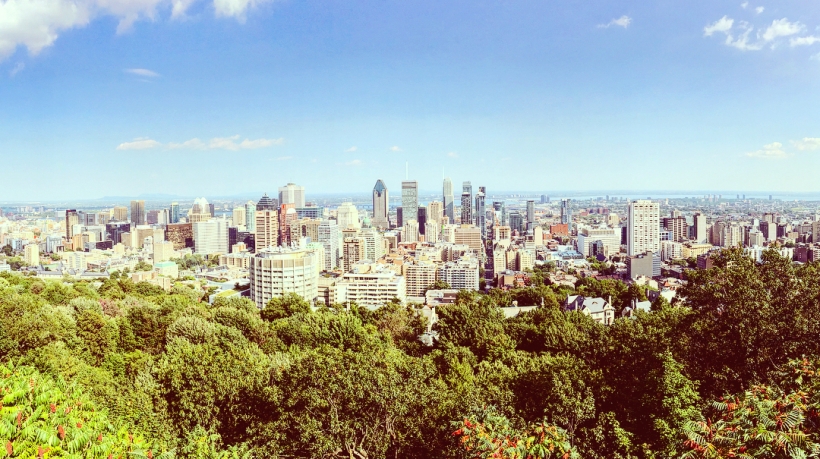 Wow, what a start to life in Canada.

So far, my expectations have been well and truly exceeded and I am incredibly excited for what the rest of the year has to hold. I have now been here for over three weeks and so much has happened in that short space of time.

Granted, the first week was not the stress free start I wanted and instead it was filled with intense house hunting along with the tedious tasks of sorting out bank accounts and phone contracts. However, I did manage to explore the city and surrounding areas; such as downtown Montreal, Le Plateau, the old town and the beautiful Mount Royal Park, a huge urban park in the middle of the city that has an awesome view over the island of Montreal and beyond (see above). Fun fact: Mount Royal Park was designed by Frederick Law Olmsted, the landscape architect behind New York’s Central Park.

END_OF_DOCUMENT_TOKEN_TO_BE_REPLACED

Ice skating in a frozen forest looks magical! Thanks @kris_incanada for the lovely photos of your time studying abroad in Canada!! Keep them coming 😀🇨🇦📷 #uom_goabroad #studyabroad #canada #travel
Charlotte got involved with some amazing volunteering during her year abroad. What will you get up to on yours? #studyabroad #studyabroadusa #exchange #uom_goabroad #volunteering
Mechanical engineering student @legall.julie made the most of her year abroad by taking part in a design competition where her team placed first in the University competition! What will you do on your study abroad? #yearabroad #canada #uom_goabroad
AARHUS UNIVERSITY SUMMER SCHOOL DEADLINE: Wednesday 4th March 🇩🇰 #uom_goabroad #summer #abroad #summerschool
REMINDER: If you would like to be considered for an ACU Global Summer School Grant you must email us before February 20th! Eligibility criteria can be found on the link provided! #summerschool #studyabroad #commonwealth #scholarships
Looks like @ellietermabroad is having a lovely time on a trip to Taiwan during her semester abroad in Singapore. Make the most of your study abroad experience by visiting nearby cities/countries during the holidays or weekends! #studyabroad #NUS #Taiwan #travel