It has been one month since I left Australia, and during this month I got some new advices to share with you guys going for exchange.

If your time abroad counts towards your credit in Manchester, there is this thing called ‘Grade Conversion Form’ you need to complete. There is one for each course, and needs to be signed by your course instructor. Better do this earlier than later, as some instructors are on leave during winter/summer break and do not answer your emails. The sooner you get your grade conversion forms signed the sooner your grades can be converted to a Manchester one.

Another implication is your course units selection. You need your Manchester grade to enrol in courses next year. Right now the course selection portal is open but I am not able to enrol, this is because I do not have my Manchester grade for last semester yet.

My advice for your preparation would be do not just focus on your life there, but also take into consideration of what might happen after you return. Preparing for everything will definitely make your exchange a much smoother one.

Saying goodbye is not easy, especially to something you like a lot. To me, leaving Australia, leaving the beautiful nature, leaving all my friends… It is quite sad. But all good things come to an end. Sigh.

Anyways, a few leaving tips for ya all Manchester students coming to Australia for exchange.

First of all, cancel you bank account if you are not going back in the near future. I think some Australian banks, including Commonwealth Bank which I’m with, charge you for having a savings account. Therefore, cancelling your account might save you some dollars.

Go to places you want to go and see things you want to see — it might well be some time before you can go back: It is literally at the other end of the world! (to UK) Also, make sure you leave nothing behind. Once you are back in UK, what’s left in Australia probably will have to be there forever.  I believe posting stuff between these two countries are not quite easy: when I first moved into my accommodation, I was informed by reception that I had a postcard in my mailbox. It turned out to be a postcard addressed to the previous occupier of my room, and had been sent from London in June, 2017 :))) It was Feb, 2018 then already. Sooo you know better not to post anything unless necessary.

Finally, meet all your friends you make here and give them hell of a hug! Who knows when you’ll see each other again? I know for sure I’m gonna miss those lovely people! 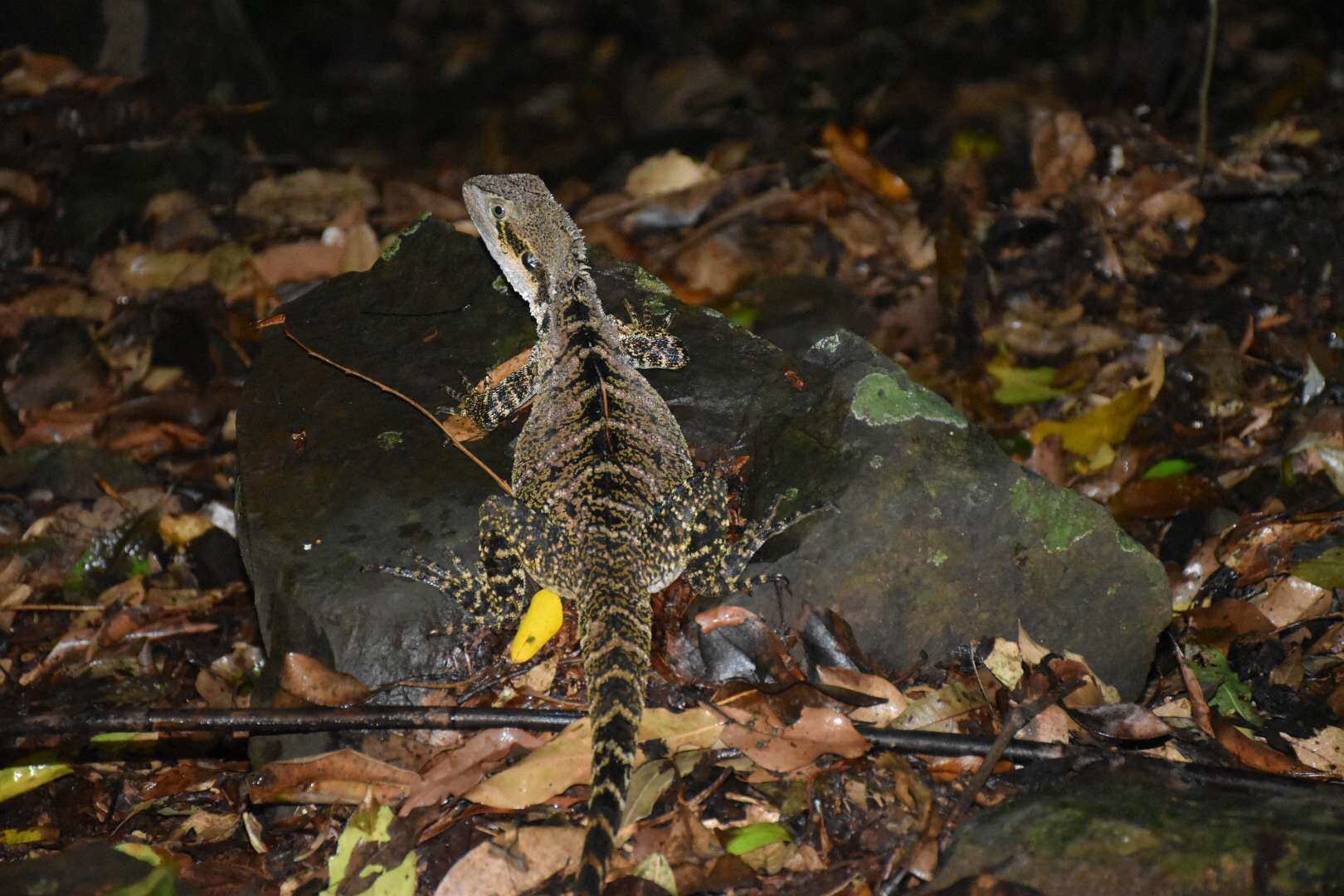 People usually go to Gold Coast for beaches. Few people go to this national park just about 35 km outside Gold Coast. It’s called Springbrook National Park. It is actually one of the very few rainforest reserves left in Australia. It offers a completely different view than Gold Coast itself. Being in a quite secluded place, there is no public transportation connecting it to Gold Coast, so you might want to rent a car. In fact, in Springbrook, even the freeway leading to it, you phone can hardly pick up any signal. So get prepared to keep your phone in the pocket and truly immerse yourself into the nature.

Upon stepping into the forest, we saw this little dude:

SO WELL FED. It can obviously easily find food in the forest.

As we went further into the forest, we saw the stream the park is named after (or at least that was what I thought)

It was bit dry at that moment. Seems like it has not rained in a while.

Finally we reached this cave in which we found amazing stuff:

Looks nice from outside eh?

Glowing worms: Look out for the little blue dots in the picture, they are glowing worms. They glow without any external light source. Read the introduction board outside the cave, still did not quite get the mechanism behind that.

It was sunset time when we came out of the park.

Personally, I love the nature view in Iceland and Australia the most. Iceland makes you feel you are on another planet, as everything seems so alien. But Australia makes you feel that, you are right here on Earth, and that, the beauty of the world we live in can be well beyond your imagination. 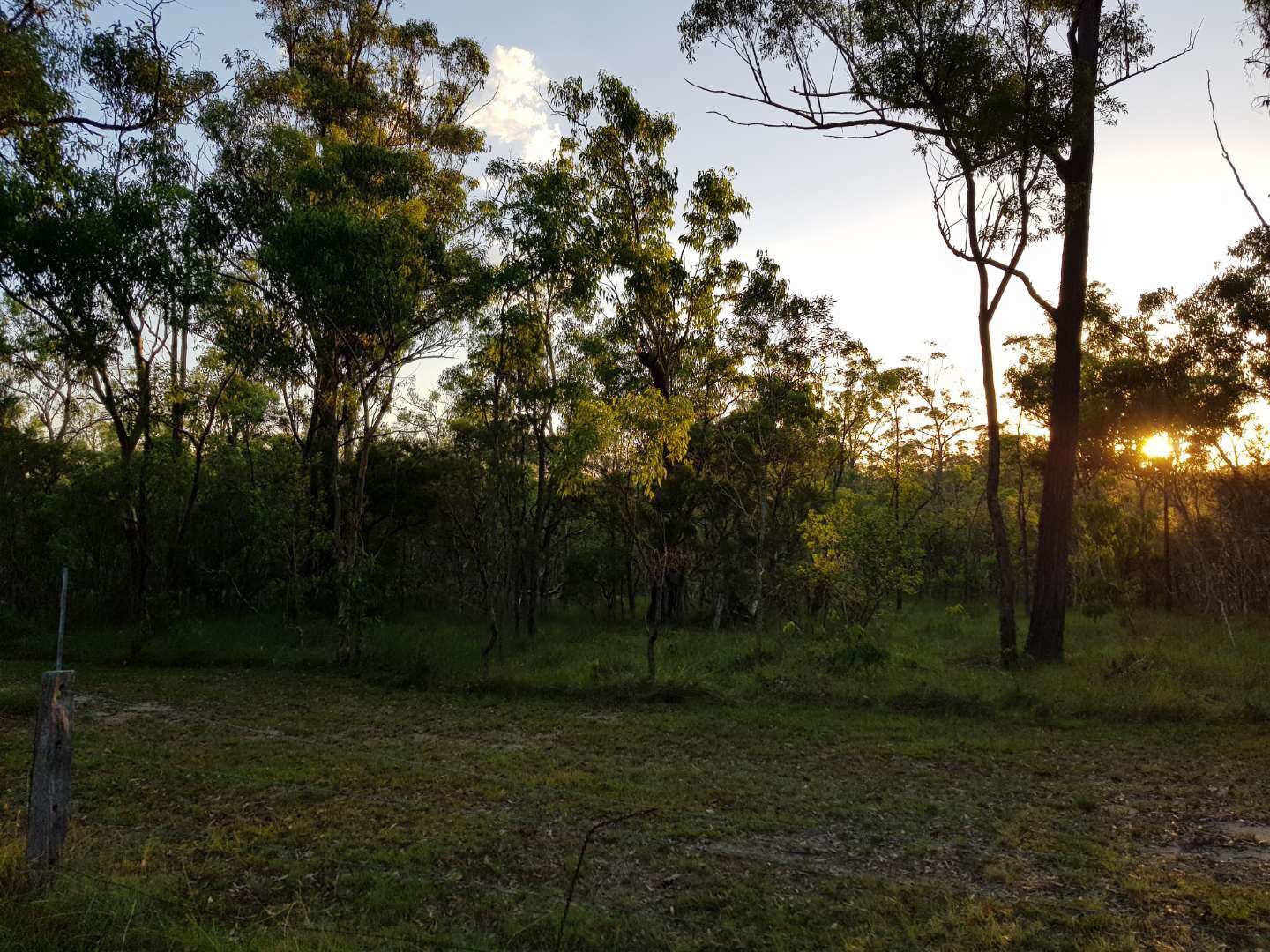 When talking about Australia, the first thing that comes into mind is… Kangaroo! Well, yes, kangaroo, but what got me most excited before coming here was the amazing weather and nature. That was why I arrived ten days before the beginning of the first study week, and went on a road trip with my friend.

It was a trip along the east coast of Australia, starting from Canberra and ending in Gold Coast. We rented a car from Hertz, which seemed to be the only company leasing cars to younger drivers. Price is quite fair, and fuel in Australia is cheap. So overall, driving is a more economic (and surely more fun) way to travel than flying.

One of the great things about the road trip is that you get to appreciate the various landscapes of this huge continent. When we started from Canberra, the landscape was more of a dry one. Along the road was dry and yellow grassland, dotted by low, often strange shaped trees and bushes. I reckon that was because Canberra does not have coast. As we got near Sydney, the plant cover started to become denser. Above half way from Sydney to Gold Coast, landscape turned even greener. The veg cover made the sunset beautiful, like this…

We went to many famous tourist attractions during that trip and certainly saw many awesome views. The first being the famous Bondi beach in Sydney. A bit of a disappointment – it was not as nice as people say. It is a bit over-crowded: we went there on Tuesday and still, the beach was full of people. However, if you go along the beach, and turn to the cliff beside it, there was something different.

However, what truly amazed me was not any of these places. One night, as we drove from Sydney to Gold Coast, we pulled over to take a rest. And when we looked up to the sky, we saw the ‘milky way’. You can see the belt so clearly. There was no word to describe the scene, as human seemed so insignificant compared to those mysterious lights, which have been there for millions of centuries. I managed to take a photo, but it did even touch the true glory of what I saw in person. I wish I had a better camera. (and a tripod)

Gold coast certainly lived up to its name. Premium beach can be found anywhere. If you are a surfer, you do not want to miss this city. One funny thing about Gold Coast: it sits on the border between Queensland state and New South Wales state. These two states have different day light saving time systems. That means, Queensland, despite having the same longitude as NSW, it is one hour behind NSW. So don’t forget to check you phone/watch to adjust for that. Our hotel was right on the border. More specifically, the border lies between my bed and the night table. Every night I left my phone to charge on night table, it woke me up next morning at NSW time. And when I went downstairs to have breakfast, the clock on my phone jumped back one hour, showing Queensland time. I lost quite a few hours of sleep there…

This will be the first of three blogs showing you guys how beautiful Australian nature is. See you next blog.