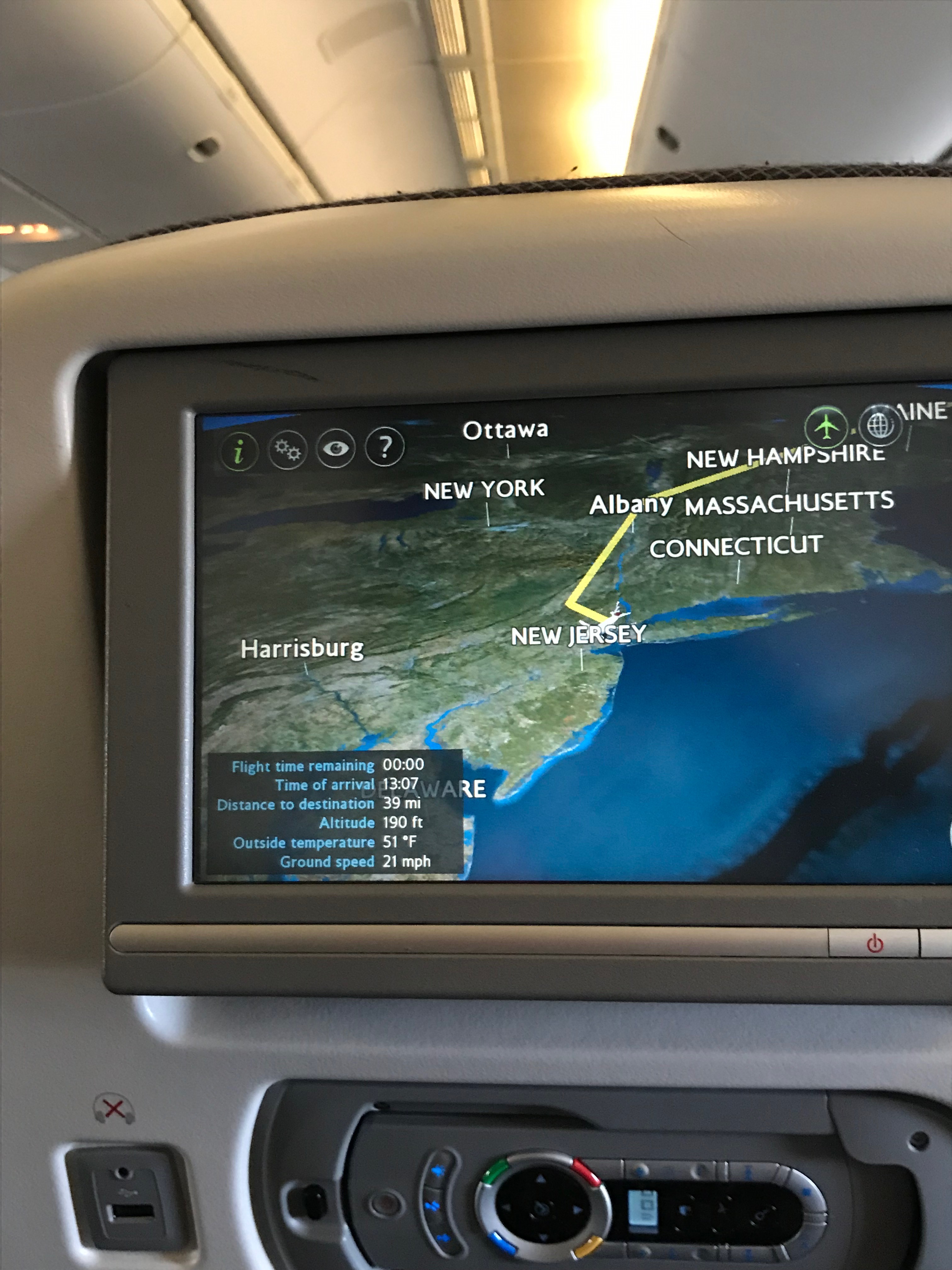 Driving from Newark Airport to my accommodation (Easton Avenue apartments) was surreal as 1. I was extremely sleep deprived 2. This was the first time I had ever stepped foot in the USA and it was, for lack of a better word, crazy. The drive was not entirely representative of what my university area would look like, as it was mostly the outskirts, but I got incredibly excited when every 10 minutes we would pass a well-known American food chain (like Olive Garden).

Growing up in the hustle and bustle of London has skewed my ideas of what a ‘city’ entails, I admit. I would describe (the very little I have seen of) New Brunswick more as a college town. Imagine if the main university campus was in Fallowfield, almost. New Brunswick is one of three, big university campuses of Rutgers, the others being Newark and Camden, with Newark being the more metropolitan campus I believe (and where the airport is). What I didn’t entirely grasp before I came was that New Brunswick was split into another 5 campuses. I live on College Avenue which is considered quite social (it has the frats, bars, if you’re 21, and has the train station which is one direct train into New York) but there are others including Livingston, where I have two out of four of my classes. There is a free shuttle bus system which operates between the campuses and has peak and quiet periods depending on the time or weather. Whereas this was difficult to get used to at the beginning, as societies were are held on different campuses and I was making friends who did not live on my campus, it can be quite refreshing. The other campuses are way greener and calming than the hurry of College Avenue and therefore I would recommend either taking a class on another campus or joining a society based there, for a change in scenery and to get out of the bubble that can come with living so close to your classes. Plus, the bus to/from Livingston passes by the Raritan river which goes through New Jersey so sometimes, if you’re on it at the right time, you can get a good view of the sunset on the journey home and make people on Snapchat jealous.

Having a roommate is not a thing at all in the UK so the idea of having one in a completely foreign country was quite daunting, especially after hearing horror stories online. My roommate, luckily, is lovely and easy to get along with but the first couple days was quite an adjustment. It felt like someone kept walking into and sleeping in my room but I couldn’t do anything about it because they paid half the rent. However, it feels more normal over time and when she goes home at the weekend the room feels unusually empty and I wonder how I used to spend extended amounts of time in my room alone before!

Goodbye to lectures and seminars which now come under the umbrella of one ‘class’. One interesting thing which I found out upon arrival and going over the syllabus of each of my classes is that active participation is a big deal in America. In one of my classes, up to a third of my overall grade is based on ‘participation’ which includes attendance and punctuality as well as vocalising your opinion in front of your peers. This has been good so far as not only does it absolutely force you to go to every class unless you are on your actual deathbed, it forces you to think about the topic at hand more, in order to ask questions or say something smart.

Side note: Speaking with a British accent in front of an all-American class kind of feels like you’re obliged to say something interesting because they’re already paying close attention to the uncommon sound.

I have dedicated a whole section to Walmart because I genuinely think a whole book could be written about how it is an allegory for the whole United States.

At the end of my orientation day they had ushered us into a coach to go to a retail park to shop for some essentials as it was impossible to walk to any of the bigger supermarket chains. Everyone automatically flocked to Walmart as it is, truly, one of the biggest cultural exports of the country. The coach driver told everyone to come back to be picked up in either an hour or an hour and a half. I had written a shopping list so I thought I would be in and out in 30 minutes, at a push. Really, how am I going to fill an hour? I thought naively.

From the moment I entered, my senses were ambushed. Not only did it have the size and feel of an industrial factory as well as tens of people running around, there was a McDonald’s inside to your right as soon as you entered. That was the first time I had truly felt like I was in America.

I walked around the store approximately 5 times trying to balance buying food as well as necessary things I needed for my apartment. Table mirror? Check. Tortillas? Check. However, I was not prepared at the sheer amount of choice that was presented to me. In the UK, when going to buy kidney beans at Tesco, for example, I expect there to be maximum of three, maybe four, options. In Walmart, and the country which is the number one defender of free market capitalism, there were at least 20 (I wish I was exaggerating).

I had so many ideas for healthy dishes which I had made at Manchester (in cooperation with Lidl) and would hopefully prevent me from gaining the dreaded ‘freshman fifteen’ or supersizing myself. However, these ideas suddenly seemed so drastically distant when the news dropped that this Walmart had. No. Vegetables. They had drawn me in with the beans but apart from those that were in a can, vegetables were not present in the building. I looked in shock at the worker who informed me that you had to go to a ‘Super Walmart’ for that rare, rare produce. Why is it the vegetables, and not the Mcdonald’s or the film section or the clothes section, or the thirty different ice creams, which makes a Walmart ‘Super’? I thought to myself. Oh America.

I eventually found vegetables in a local Hispanic supermarket and an Aldi nearby but I will never forget that Walmart experience, a cautionary tale which I tell every American when they ask me how my experience has been so far. And now I pass it on to you, it’s my first amendment duty.