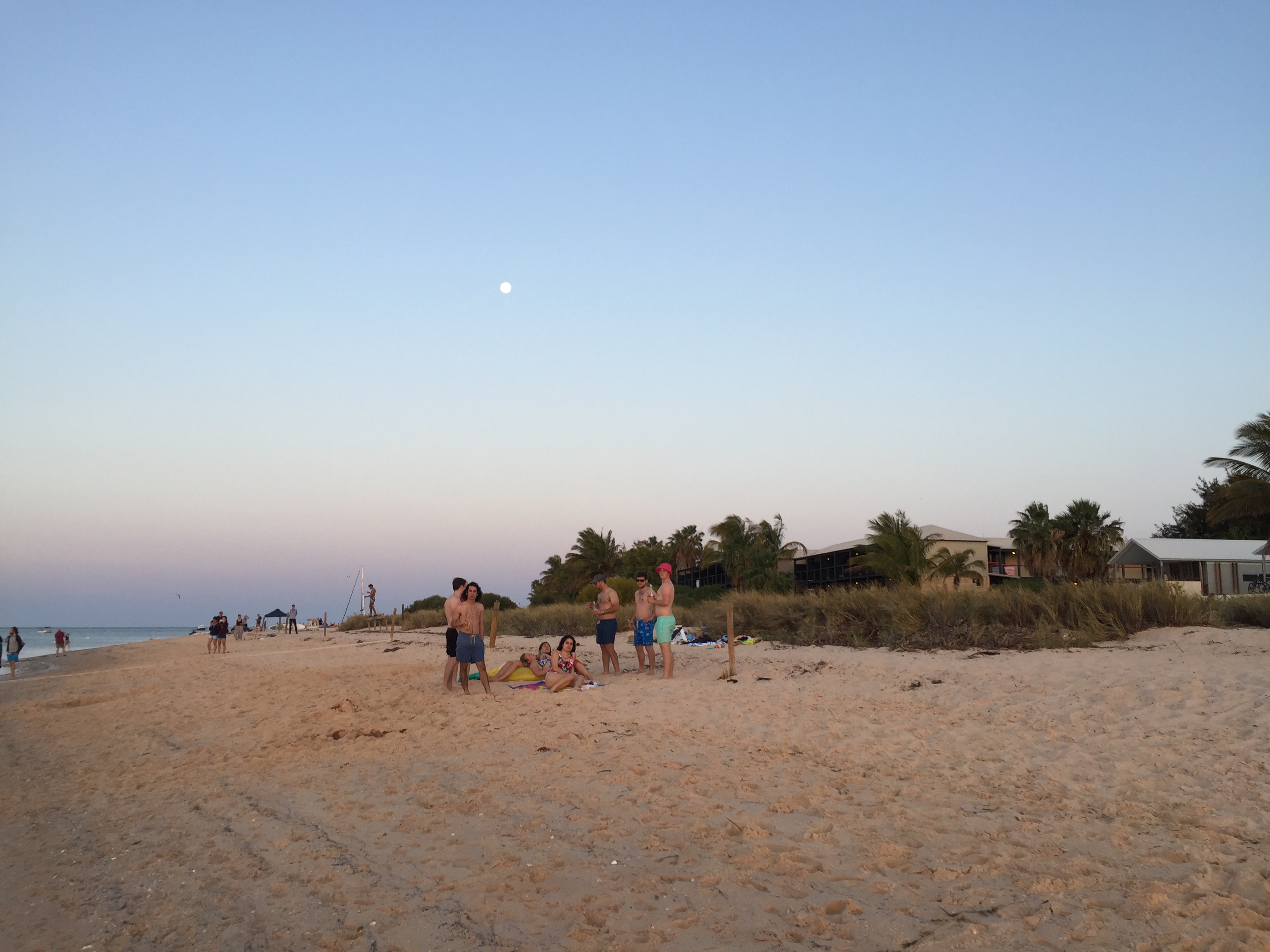 I have been back in Manchester for a semester since living in Australia for one year. I have learned so much from moving away and living on the other side of the world. Studying abroad is such an amazing and unique way to grow academically and personally in a short period of time.

Before I moved to Australia I really believed that I would be heartbroken when I left but I wasn’t. I was so grateful for the experiences, opportunities, and friends that I had made but I was excited to come back home. Studying abroad has made me realise how small the world really is. A flight across the world only takes one day! Since being back in Manchester I have had two Aussie friends come and visit me and have Facetimed with others almost daily. On reflection I wish I hadn’t been so worried about leaving as I am so happy to be back in Manchester!

Another reflection upon returning is how quickly a year passes. It only feels like last month that I was writing my application to study abroad and attending all of the pre-departure sessions. I can’t believe that I am already back. One tip I will give that is a bit cliche is say yes to everything! Your time flies by and you will regret the socials you didn’t go to and the trips that you missed to stay in and study.

The highlight of my year in Australia was definitely all of the travelling and trips that I did! I would recommend saving some money for road trips and spontaneous holidays as they really made the year. It is depressing to write this post in rainy dark Manchester knowing that this time last year I was in Bali.

Studying abroad is the best thing I have done during my time at university and I would recommend it to anyone. I would say go into your exchange with zero expectations. Don’t worry about the small details as you will look back after a year and wonder why you were so worried about them. Join societies, travel as much as you can and enjoy yourself as before you know it you will be back in Manchester. 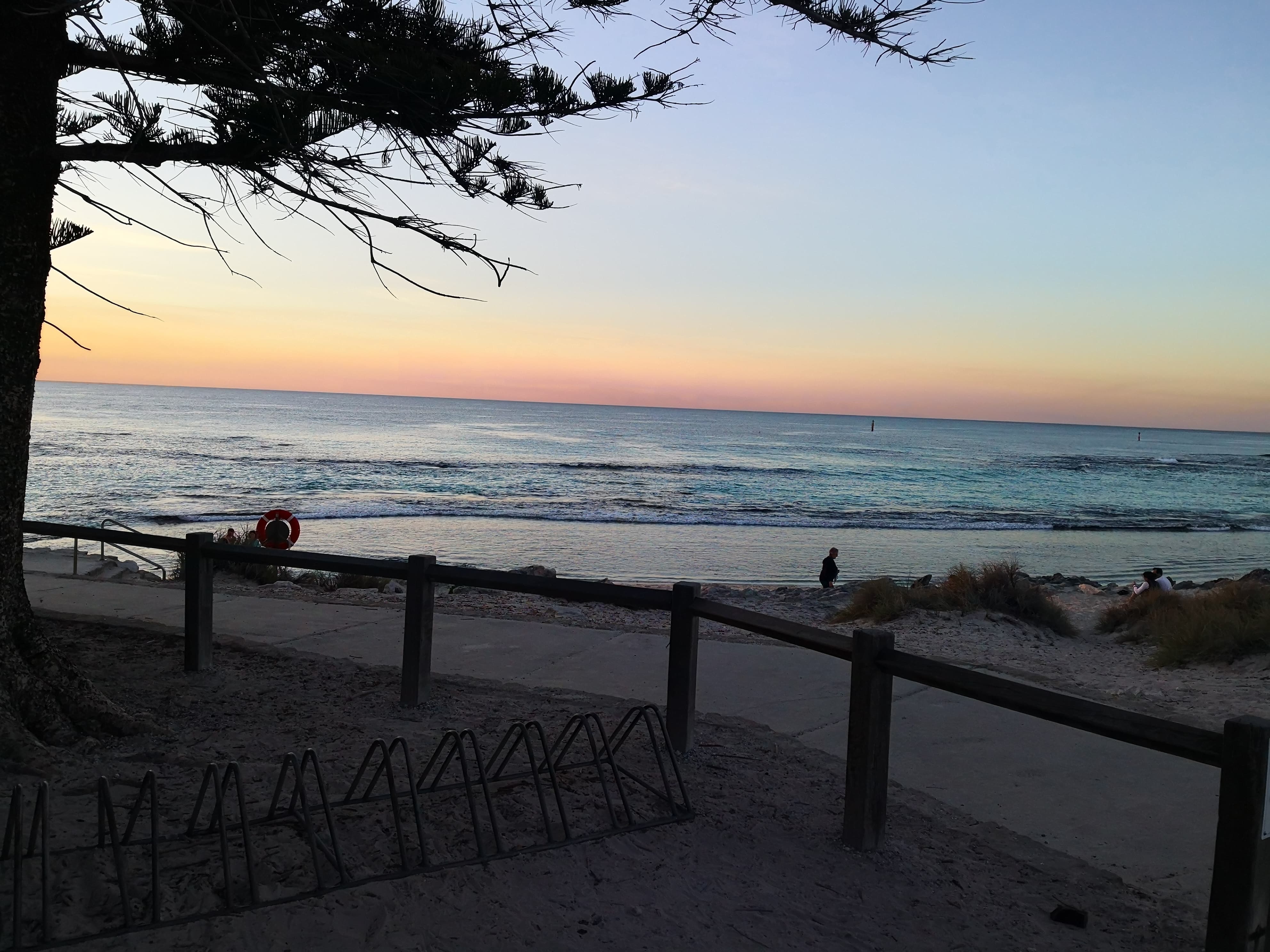 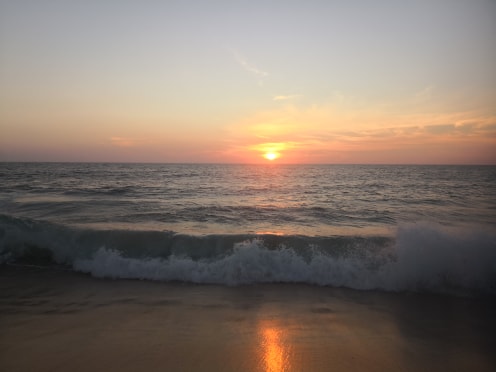 Moving to Western Australia, I remember someone telling me that Perth was the most remote capital city in the world. Initially this didn’t appeal to me as I have enjoyed living in the UK. My family home is about an hour away from London and studying in Manchester I had direct links to all major UK cities. Additionally, adventure is never far away with flights all over Europe being cheap and relatively inexpensive. Perth located in Australia’s largest state of Western Australia is completely isolated surrounded by nature and tiny towns. However, what I have found is so much greater than I imagined. Perth offers something totally unique. You get the benefits of living in a large modern metropolitan city, whilst being surrounded by some of the most beautiful and secluded spots on the planet.

When I first arrived in Perth I stayed in ‘Mumma’s Hostel’ located in the trendy area of Perth known as Northbridge. Soon after I was offered a place at St Catherine’s residential college. Living in college is a completely different experience. It is like halls, but the residents tend to stay there for their entire degrees. Everyone is super friendly, so despite only having just arrived I was able to celebrate my 20th with friends.

The university itself is beautiful, the architecture is stunning. I’ve seen people come and take their wedding photos here. My walk to class feels like walking through a botanical garden. There are even peacocks that wonder around the campus!

Although it was initially weird leaving, especially going from summer to what the Aussies call winter (20c weather and blue skies). I am really enjoying my time in Perth so far. The people are relaxed, the coffee is great, and the natural beauty of the area is exceptional. I can’t wait to live and create many memories here in Australia. 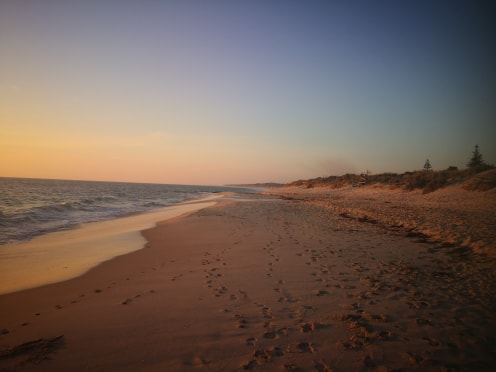 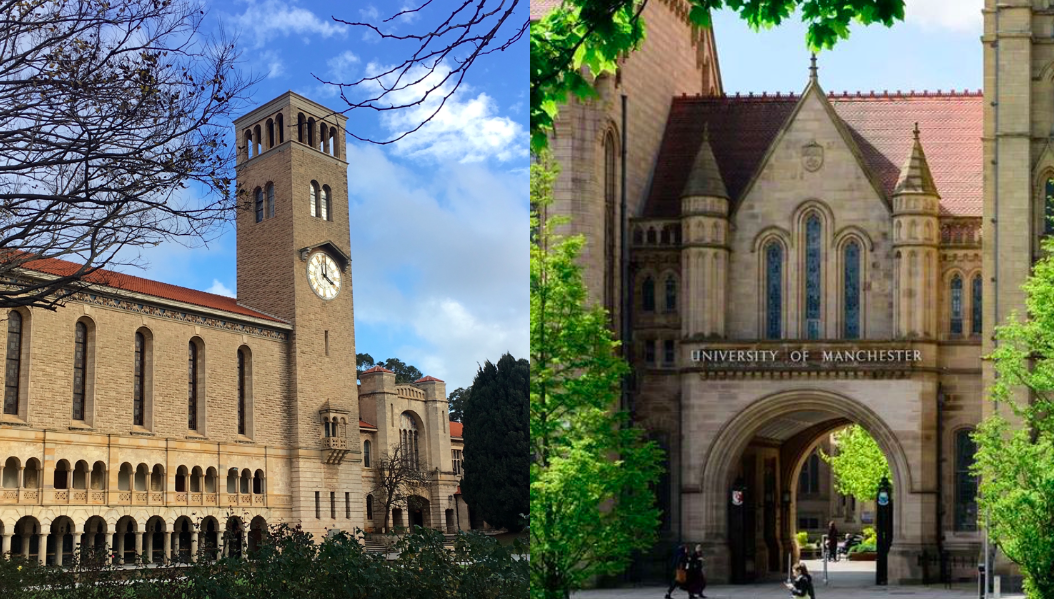 Click or copy and paste the link above to access the map. Make sure to zoom in on both cities and click on the icons for descriptions of each pinned location.

Locations such as my home, the library, and my study spaces have been pinned. These show the spatial difference between Manchester and Perth as well as showing my movement in the cities.

By clicking on the different pins and reading the descriptions, you can view how locations in the separate cities differ.

Furthermore, comments on the assessment style difference can be found under ‘Main Library’.

The main finding when completing this map has been seeing how little space I occupy in Perth. Compared to Manchester, where I cover 10km more.
This shows the difference between a campus university and a city university. As well as how they influence your learning experience, sense of place and movement. 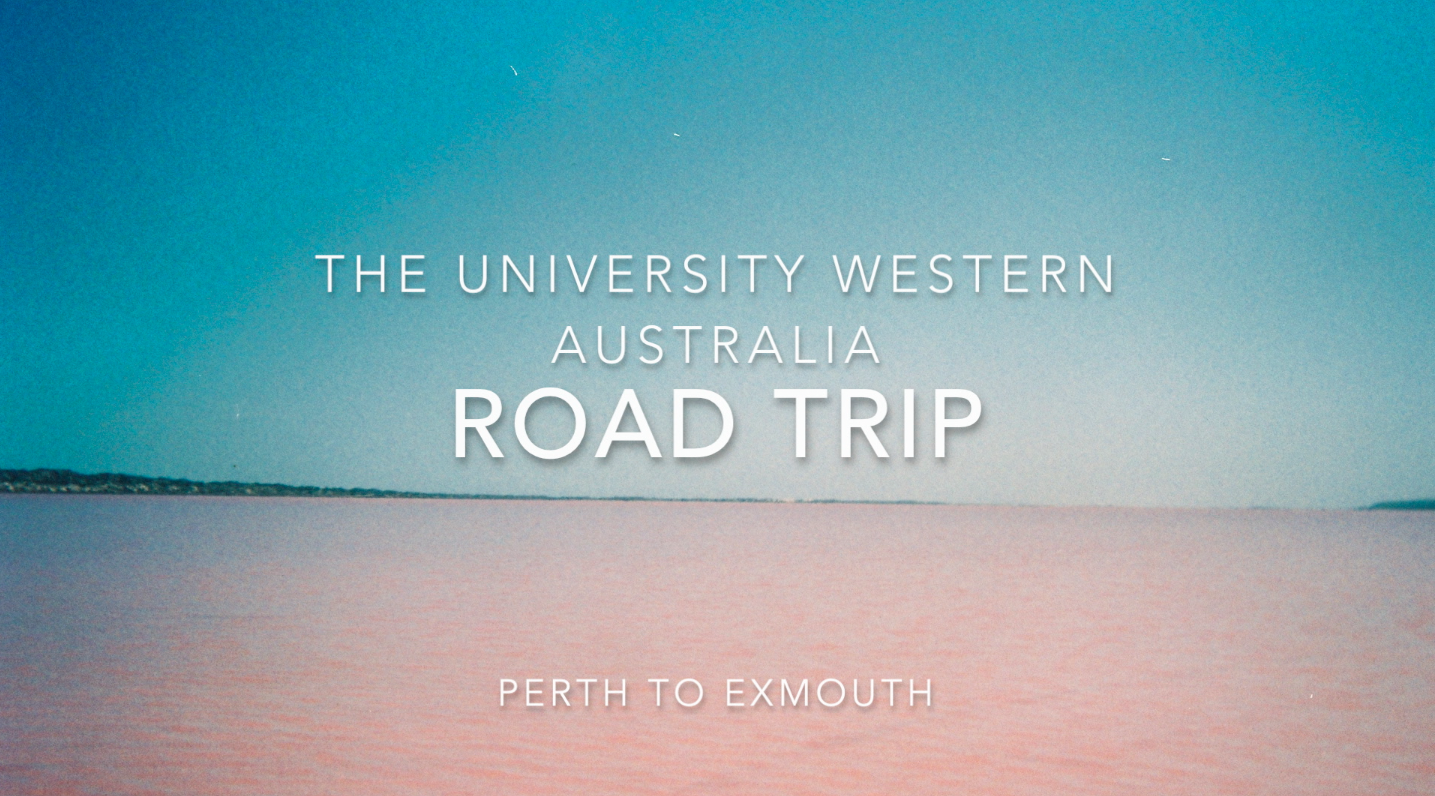 -We went in semester two, British semester one, during Australian winter/spring (but tbh there is only one season here in WA and that is summer!!).

-I live in college so we went in a group of ten (both Aussies and exchangers) from my college.

-It took us a week in total to drive up to Exmouth and back down again.

-I broke my finger the day before we left so I could only snorkel for one day as my cast was not meant to get wet.

-My top three favourite places we visited were:

When: November 2018 (Coming into Australian summertime, so it was hot!)

Rottnest Island a ferry ride away from Perth, is one of the ‘must see’ places I had been told to visit since I moved to Western Australia. For any of my fellow geographers, Rottnest is a sandy, low-lying island formed on a base of aeolianite limestone. Alongside Garden Island, Rotto is a remnant of Pleistocene dune ridge. The island was separated from the mainland about 7000 years ago due to sea level rise. However, human remnants have been found on the island dating back 70,000 years. The indigenous people of land known as the Noongar people, call the island Wadjemup and lived on the island before it detached from the mainland.

The island is around 20km and we managed to explore it in a day. We hired bikes, stopping off and enjoying hidden beaches throughout the day. However, we plan to go back for a weekend and camp over-night.  The wildlife in Rottnest is what makes it so special. Extensive reefs surround the island, that you can see in the incredibly clear water as you arrive by ferry, and snorkel in the warm waters. Bottlenose dolphins and migrating humpbacks are welcome visitors of the island and the Perth canyon just off the island is one of the main habitats for blue whales in Australia.

Overall, the absolute highlight of Rottnest or as the Aussies call it Rotto. Aside from the great views, beautiful beaches, amazing snorkelling or enjoyable cycling tracks are the super friendly quokkas. These little creatures are marsupials, and like kangaroos carry their joey’s in their pouches. They are about the size of a cat and just as friendly, allowing you to approach them seemingly unfazed by humans. The island actually gets its name from the Quokka. In the 1600’s Dutch colonisers believed the Quokkas to be giant rats, and thus named the small island ‘Rotte Nest’ after the Dutch word Rattennest meaning rats nest. Rotto is one of the few areas in the world where the native quokka can be found. This is due to the exclusion of natural or introduced predators. Their only predators being snakes, who thankfully aren’t as friendly.

Known as ‘the worlds happiest animal’, Quokkas are celebrities on the island with many trying to get a quick pic with the creature.

I can’t wait to go back and visit this rare and uniquely beautiful island, and hopefully meet up with some more Quokkas.