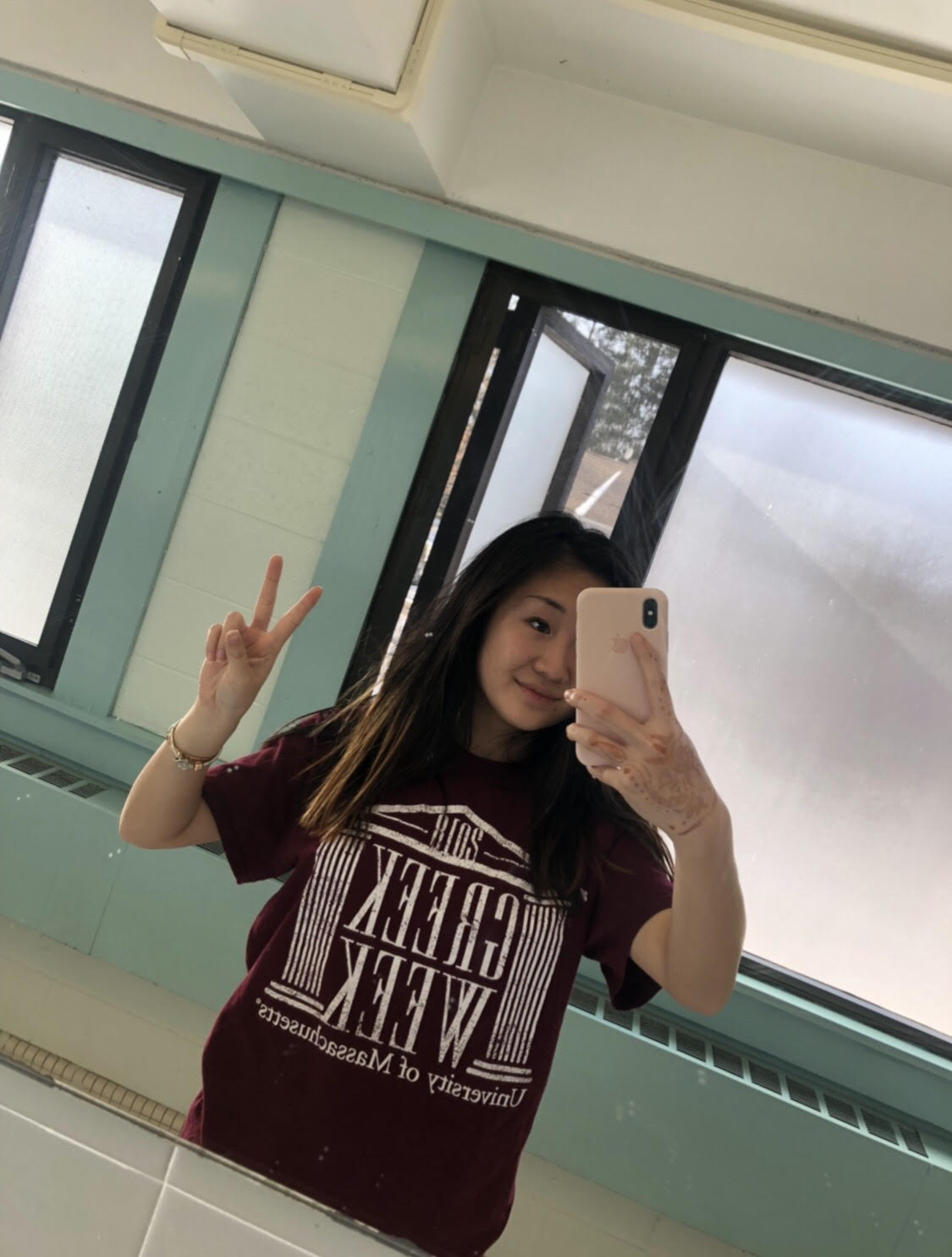 When in doubt, GREEK it out !

Be sure to try out insomnia cookies, they are the best thing that ever happened to mankind, oh and Antonio’s pizza of course!

Southwest? The best! I mean, you gotta give the RA’s in Prince hall some credit for their creativity

Southwest? Still the best place to be on campus

I will miss all the funny, unforgettable and fond memories that I had made at Umass!  Study abroad is a once in a lifetime opportunity and I would recommend it to everyone if you have the chance to do it, do it! You won’t regret it. 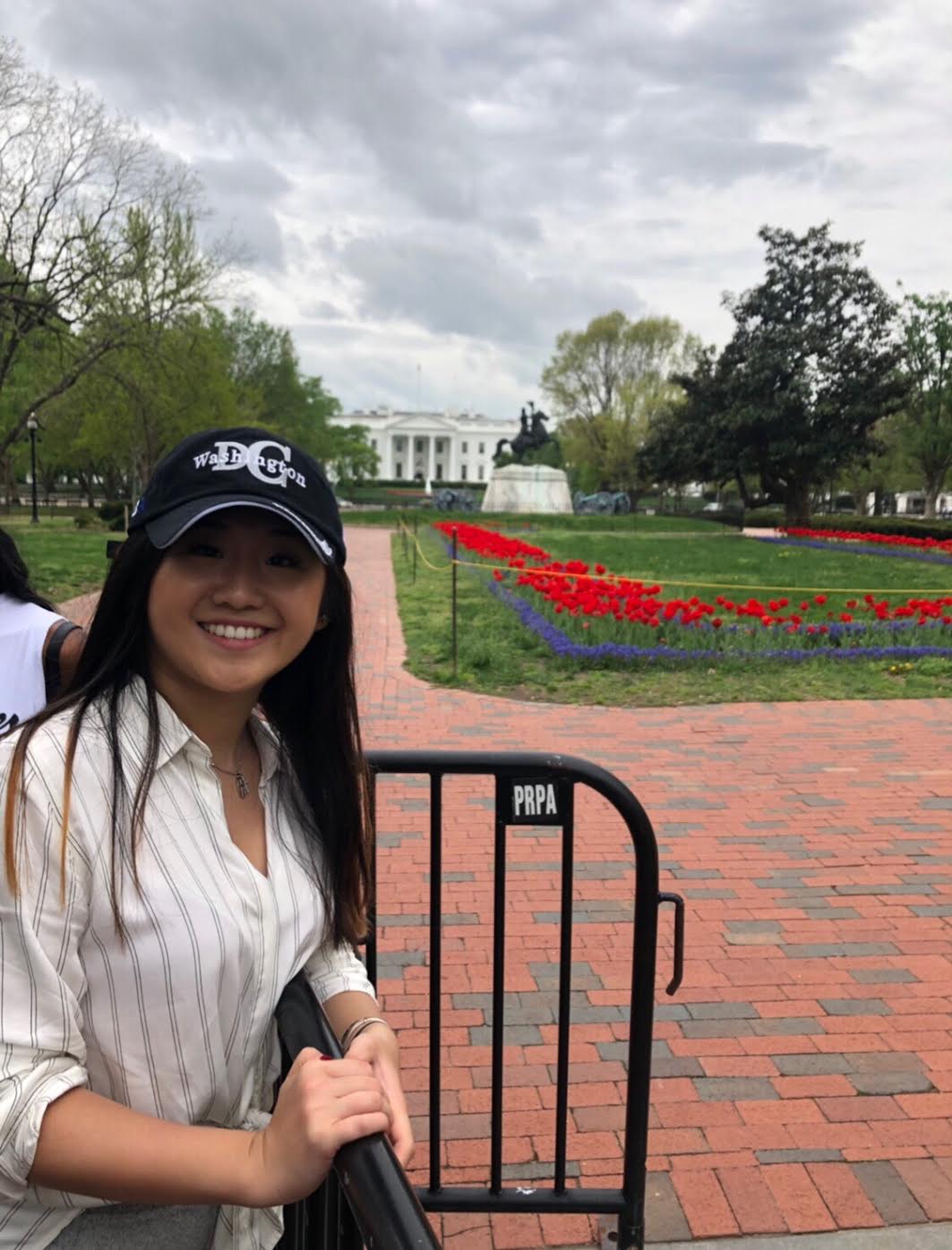 Greetings viewers, today is the 17th of October, I have been quite busy catching up with work and deadlines, and applying for masters. I honestly cannot believe how fast time flies by me just when I was busy adapting and enjoying the American way of life and forming my close circle of friends over at Umass. I am currently sitting in Starbucks down on Oxford Road, reflecting on my time at Umass and looking around at the familiar Starbucks I usually study at since first year, the very place I had received my acceptance letter to UMass one year ago today. I feel as though a lot has changed in Manchester, but at the very same time, I feel as though nothing has. I want to reflect on adapting to life back in Manchester after being abroad for a semester because I know some students are probably excited to be back in Manchester to see their friends, their family, the familiar university place, and the good ol’ quids in Monday night at Factory club and of course I can’t forget the good old sausage rolls at Greggs (I miss sausage rolls from Greggs while I was away can you believe it? ). However, on the other hand, there are probably students, like myself, who are getting the post-exchange blues. So in this blog, I will tell you some of the things I was not expecting to experience being back in Manchester. 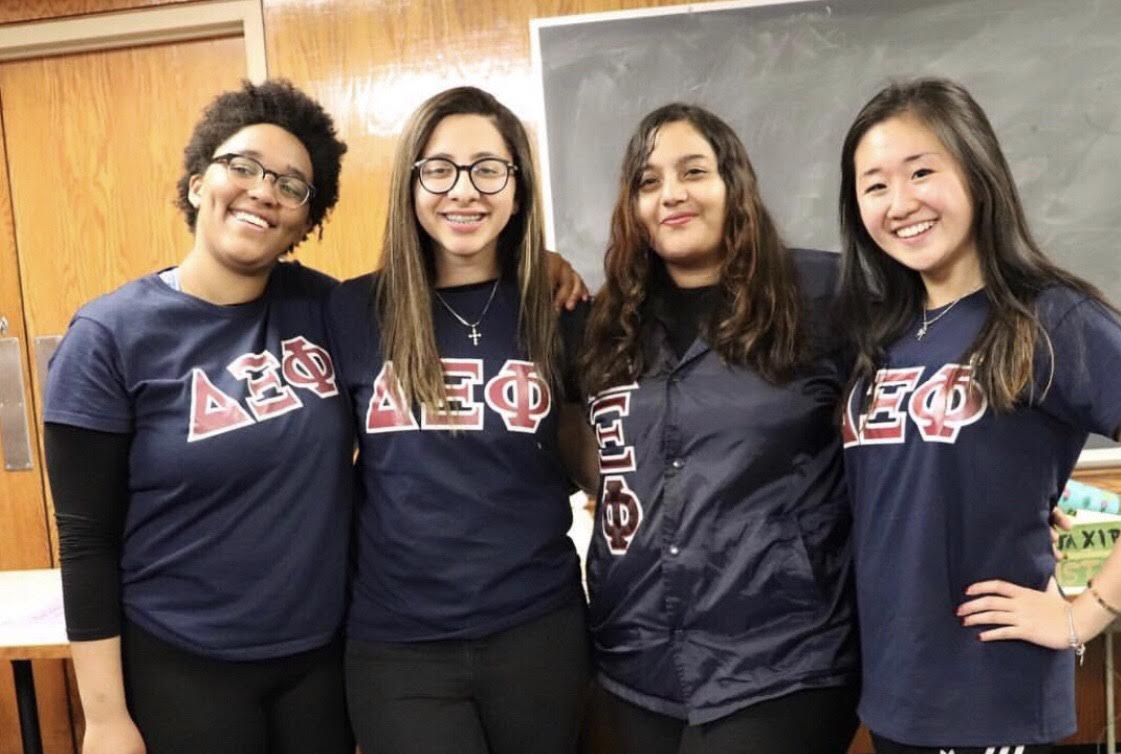 This time last month, summer vacation officially began for me when most of my friends at Manchester are still revising for their end of May and early June exams. I went to Orlando Universal Studios and Disneyland with my significant other that I met during my semester abroad at Umass. I think the best things in life really do happen to us so unexpectedly.

END_OF_DOCUMENT_TOKEN_TO_BE_REPLACED 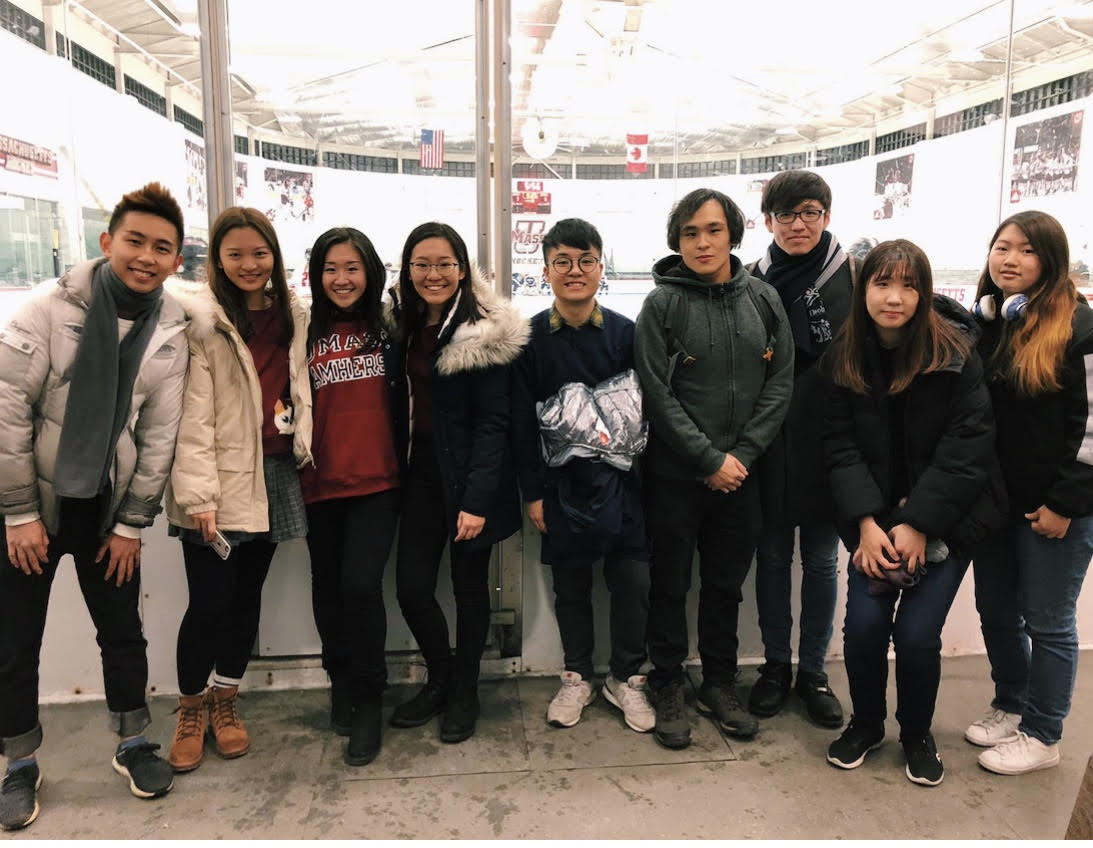 “Take a step out of your comfort zone they say, that’s where the magic happens…”
I remember a girl that went abroad before me once came up to me and said : “ The best memories you will have of Manchester are the times when you are not in Manchester”,  I will never forget those words because she could not be more right about it, but then again, my views are very subjective as the experiences and memories that I make at Umass does not mean that everyones is going to feel and experience the same things as I do. I wake up each morning in Umass feeling beyond lucky to have this opportunity from Manchester University, and I am also proud of myself to have chosen to take this path of studying abroad.  Although it has only been my second week at Umass Amherst, I genuinely feel as though I have been studying here for more than two years already.  For the past one week at Umass, I attended a few organisation meetings, made a few local American friends during class room discussions and during spring rush , but also met a few exchange students from my hometown Hong Kong during the international coffee hours at Blue Wall which is held once every two weeks for international students to gather and chat amongst one another. If you do not know where Amherst is, it is basically where the famous American poet Emily Dickinson is born. If you do not read literature, fear not, Amherst is a really safe and cosy time located on the east-coast in a small town 20 minutes away from Northampton MA and a 2 and a half hours bus journey to downtown Boston (south station). I would suggest you taking the Peter Pan bus from Haigis mall which only costs about 40 dollars and is located on campus so it is very convenient. I spent last weekend auditioning for one of Umass’s Acapella group and also attended spring rush for a sorority called Delta Xi Phi multicultural sorotity. I find that greek life is such a big part of American college life here in the States, where the main philanthropy and focus of this group is doing active community services and helping out in homeless shelters which is something I am extremely passionate about. A few days ago there was also the famous Superbowl game night which is one of the biggest American football game in the nation and the two teams that competed against each other was the patriots and Los Angeles Rams (Tom Brady yay). You also have the riots after the games which were pretty intense and insane. Some people climb trees, you see toilet rolls flying across mid-air, chanting, dancing, police officers, the whole experience was really something wild and never in my life have I encountered such an event in my life before. The residential area that I am staying in is called Southwest, and it is basically the equivalent of Fallowfield in Manchester.  If you don’t know how serious American’s take football (no I don’t mean football as the English would call it, but American football thank you very much) no but seriously, they take it very seriously! SO GO PATRIOTS! ! !

14th of January (The day of departure from Hong Kong International Airport )
Hello, readers of my blog, today is the 14th of January, I just hoped on flight CX812 to Boston, 15 hours direct flight from HK to Boston Airport… Just woke up from an incredibly odd dream but hey at least I fell asleep for a bit on the plane to regain my energy when I land in Boston. It is currently 9:22pm in Boston, slightly jet-lagged but I am incredibly excited to finally arrive to the States. The flight attendant had just announced that we will be starting a descent into Boston Logan international airport in approximately 20 minutes, despite the delay we faced earlier. This will be the first time in a long time since I have been to the US, the last time I came here to the United States was when I was 12, joined a summer school program in San Diego. Having to spend the next 5 months in Amherst Massachusetts will be a whole new chapter and a brand new experience for me.

On arrival thoughts and first impression

1. Look to your left first not to your right before you cross, the direction is different over here
2. Spanish is common
3. The PTVA buses in Amherst are free, you can also take the bus to Northampton which is very close to Walmart and target via the public transportation if you show them your student ID
4. Tipping! (Say no more)
5. The bigger, the better, all the portions, especially with the food here, are huge! But you can’t go wrong with Umass dining food because it has been voted the best college dining experience in the nation
6. It can go from 3 degrees to -20 degrees in just one night, so be prepared and geared up for the chilly cold winters during January and February (Gloves and hats are essential! ) btw, keep in mind that the temperature is measured here using fahrenheit not celcius
7. Get yourself an unlimited meal-plan (especially for someone like me who isn’t really big into cooking or is no where near close to being good at cooking, I find that it is really convenient here that the university provides dinning hall food for us so I can finally say no to takeaways from Archies, and a massive YES to Hampshire Dining hall. I would say the top two dining halls are Hampshire and Franklin, but if you have dining dollars, why not go for a nice meal at the Campus center and splurge on some baby berk burgers and fresh smoothies?

8. Go to the activities fair and join in as many clubs and organisations as you possibly can (I am going to the spring rush event for two sororities to see what this greek life is about!

9. Weekdays are reserved for school work and studying. Weekends on the other-hand are when the people go out to frat parties. Unlike in the UK where people go out on most nights, here, people work hard on the weekdays and play REALLY hard on the weekends. If you have instagram, go check out : zoomass to get the latest tea on what students here are up to on the weekends. The work load I would say is pretty manageable but you definitely get more work here from your professors than you normally would over in Manchester, as I have to submit a discussion post every week and actively participate in in class discussions.

10. Active participation and in class participation counts as 15% of the overall grade ! You really get a sense of closeness with the professors and tutors here. Plus Americans really do emphasise on individualism and personal achievement, so go ahead and put yourself out there during lessons, do your daily readings and stay focused!

Basically, as unbelievable as it sounds, I think I really found myself in the US. Anyways, I will talk to you guys and keep you guys updated very soon so this is all I have to say for now, see you all in a few weeks time!