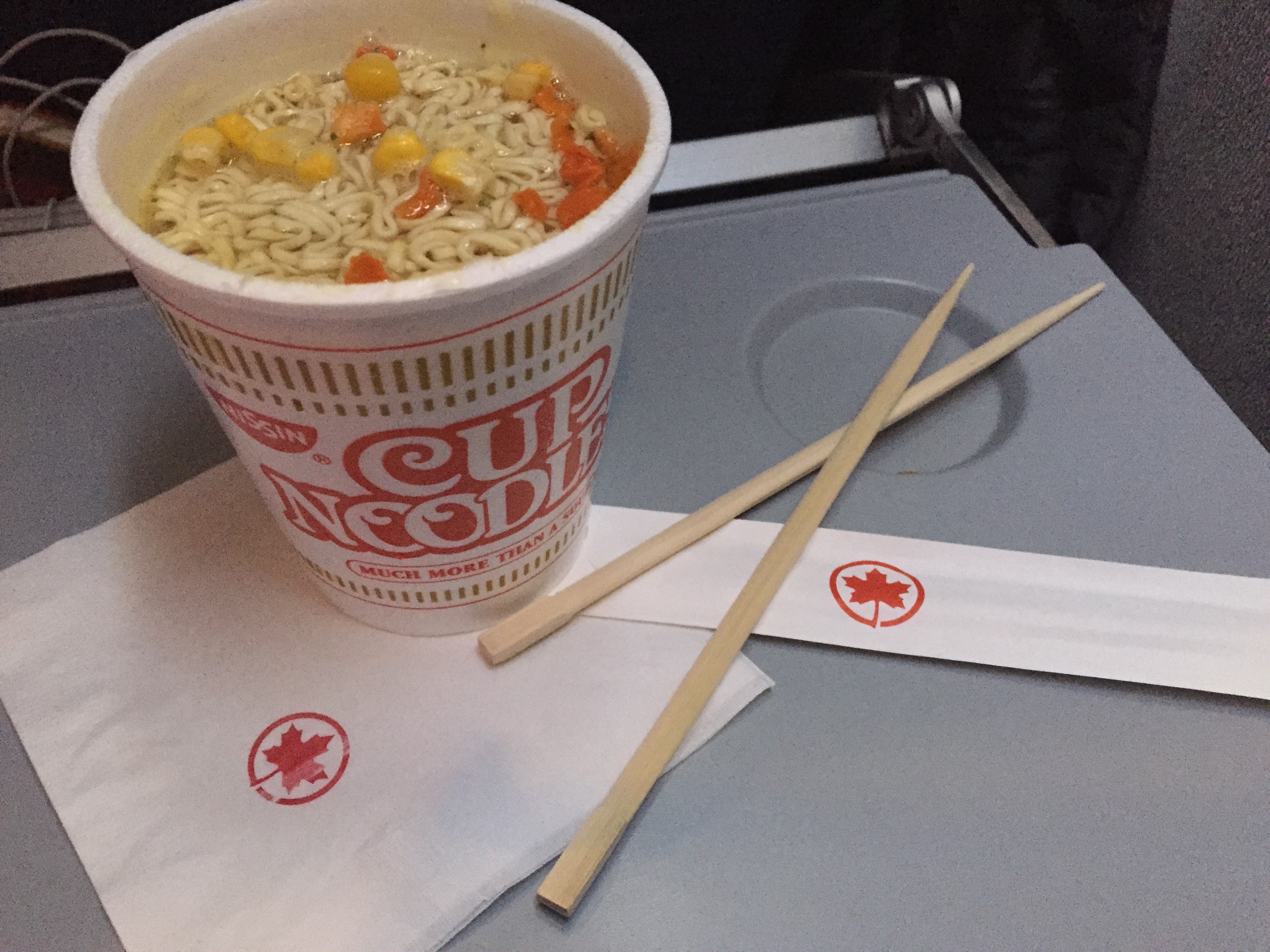 Embarking on the longest travel duration period of my life, I couldn’t help but gaze in awe at every occurrence around me. Arriving in Toronto and strutting to my gate for the over sixteen hour flight to Hong Kong to come, I was taken back by the mob of non-westerners. This was perhaps the first time in my life i’ve experienced being a total ethnic minority. It was strangely exhilarating. I was placed in the last row of the entire plane next to an elderly Hong Kong woman who spoke absolutely no english. I would smile graciously at her when she would hand my trash to the attendant or stand up for me to use the washroom. After an exhausting and seemingly endless journey I was almost sad to see her walk away towards the local customs line after our time together. Me helping her open her bottle of juice…her putting the blanket on my shoulder when it fell off…her humorously demonstrating the method in which to slurp my cup of noodles like a local (yes that was the in flight dinner…). She felt like a friend on my un accompanied journey.

The first few run-ins with my roommate were less than ideal. Upon our first encounter she stated that she was “allergic” to air conditioning, an incredibly painful statement to hear for a girl who in Manchester sleeps all winter long with the window open and nothing but a sheet at night. The heat and humidity have been quite a struggle. The first few days here my body seemed to be in physical shock. I would get out of the cold shower and go outside to instantly sprout droplets of sweat on my upper lip. The people of Hong Kong are somewhat obsessed with air conditioning. During the initial arrival briefings I would find myself experiencing flu like symptoms due to the extreme climate changes from indoors to outdoors. Luckily, my body has seemed to come around or perhaps the humidity has lessened slightly as these symptoms seem much less severe now.

Hong Kong has proven itself to withhold infinite surprises. Never before my arrival was I fully able to grasp the concept of how many green-spaces Hong Kong processes outside the towering buildings in the city centre. Outside the inner city, Hong Kong is home to nearly fifty sandy beaches often nestled between its one hundred and thirty mountains and elevated land masses.  On top of the hiking and sun bathing opportunities, Hong Kong also includes 262 islands within its boundaries. Yes, that’s right. The island hopping prospects are alive and well. I’ve been told by multiple sources that renting a so called “junk boat” for the day with a large group of friends and visiting the various small islands is one of the absolute best things to do in the city. I will be partaking in such this coming Friday.

The city itself seems so vast and infinite yet so small. The amount of times i’ve unexpectedly bumped into someone I know from uni or elsewhere whilst paroling the city is astonishing. The amount of things to do is so endless yet I never feel like i’m too far from home or lost in a sea of humans. This is particularly intriguing from an urban planning point of view. It’s fascinating how they’ve organised and routed the city and public transportation links in such a manner than you’re never really in an overwhelming mob. Things seem to flow fluidly. The amount of cultural influences here is so extensive. I think i’ve seen more american/european stores here than in the actual locations themselves. A Zara will be placed next to an extremely local food stand selling snake soup and whole roasted pigeon. This is idyllic because you’re in the mecca of local cuisine and new things to try but when you’re feeling homesick you can always go to Marks and Spencer and get your favourite elderflower cordial and salmon bagel.

In many of my classes I am the only exchange student. Initially I thought this to be somewhat unfortunate but it has proven to be quite the opposite. I’ve only had a small amount of classes thus far but find that if I place myself in proximity to a local student, the likelihood of them responding with a smile and string of questions is very high. A Korean student in many of my classes is one of the friendliest people i’ve ever met. He lights up when I see him in the morning and is more than willing to inform me about the happenings in Hong Kong and on campus. I think it’s also better for my concentration in class which is absolutely fundamental given the outside activities/distractions in my life here. Unlike in Manchester where classes are often 100% lecture and exam based, my Hong Kong classes are much more about attendance, engagement, interactive projects, and presentations. I’m taking an Urban Design and Place Making class taught by a German professor which is nearly entirely based off of a project to redesign a public space in the city. I’m extremely excited about such a hands on, real life concept. The work his class has done in the city is truly remarkable…check it out at http://magiccarpet.hk/

Never before in my life have I felt so constantly excited about my surroundings and prospects for new experiences. It’s often difficult to sleep at night because i’m scheming all of the things I want to do and places I want to go. I know for a fact that this semester is going to go by like the blink of an eye and I must pause to savour every minute of it that I possibly can! The amount of people who have reached out to me out of nowhere on social media enquiring about my presence here has shocked me. Suddenly people I haven’t spoken to since I was twelve are messaging me with connections and recommendations for Hong Kong. It’s mind boggling how small the world is these days. I also think that my passion for new experiences is growing every day. I have recently consumed frog eggs through and straw to find that they are actually quite delicious. There’s no going back from here on out…