Having just finished classes at Queen’s forever, I cannot believe that second semester and the year has finished. I have one week of exams and then I am completely finished and will be off on my travels to the west coast of Canada and the States. This semester has been as busy and fun as the last one.

This semester I have made two weekend visits to Mont Tremblant, Quebec – best described as a skiing ‘hill’, but the best skiing in Eastern Canada. It is a kind of place where families have chalets and come up for the weekend from the cities. It was kind of a novelty going skiing for the weekend. Mont-Tremblant itself is a beautiful village with a lake (which in winter freezes over) and right next to the ski slopes. The resort itself is pretty small and competent skiers could cover the whole area in a weekend but it is a nice break from university life and the city. 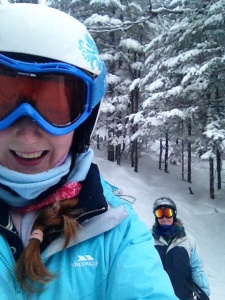 I took part in the Model UN conference representing the UK for the Economic and Social Council for the weekend. I had never done something like this before, but it was a great weekend with an opening and closing ceremony, interesting speakers of different democratic backgrounds, social events, breakfasts and lunches like a real conference and a lot of serious and slightly less serious debates on passing resolutions on world issues. I am so glad I took part, it was a great weekend. 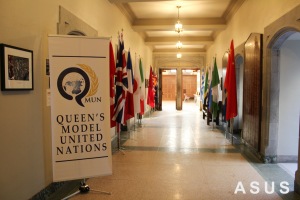 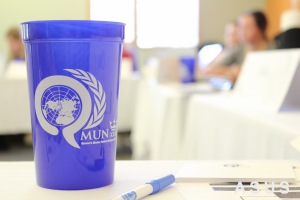 I took a weekend to visit Montreal as there was an dance music festival on as well as taking a tour of the city and climbing Mont Royal. We tried great restaurants and a cat café, as well as exploring Old Montreal and McGill University. On the Sunday, we travelled to Ottawa for the day to skate the Rideau Canal, completely frozen and attracting people from all over to skate on the canal or simply use it as a walk to the shops. It was also Winterlude Festival where there were ice sculptures and a visit to the Parliament buildings. 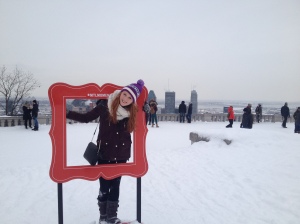 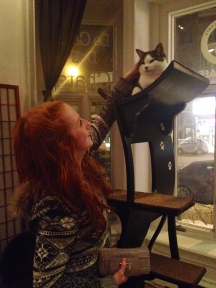 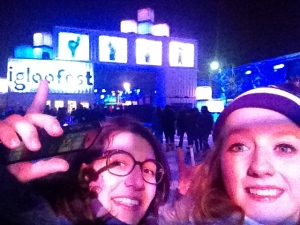 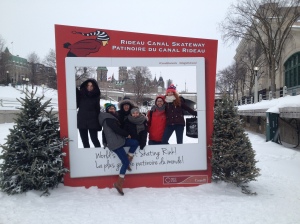 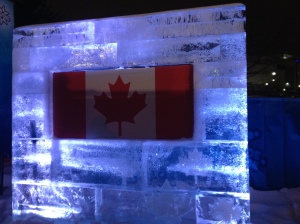 Due to financial constraints, we did not follow the typical North American Spring Break to somewhere hot with beaches in the Caribbean, but we did manage a week’s break visiting Chicago and Detroit (possibly the opposite end of the spectrum). It was absolutely freezing and known as the Windy City, that did not help the freezing temperatures. We visited the ‘Bean’ in Millenium Park, went up the Willis Tower, experienced some jazz, some retail therapy on the Magnificient Mile and visited the frozen Lake Michigan. A one night stop over in Detroit was enough to fit in exploring the city’s older buildings and an NBA game Chicago Bulls vs Detroit Pistons. 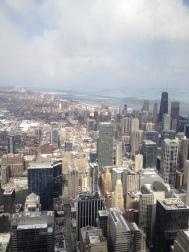 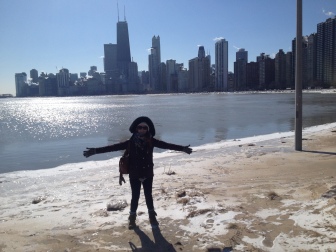 One of my classes in human geography has actually taught me that there is a big population of Irish people or people with Irish roots living in Canada and particularly in Kingston, as the first capital of Canada. Therefore it was no surprise to me when Paddy’s Day came around that there was a big day of celebrations ahead. In the morning, there were pancake parties where questionable green-coloured pancakes were made and everyone was dressed in green outfits. The rest of the day involved street parties and house parties with the main street in the University District filled with green and many students partying on roofs and the front lawns. A siesta was taken in the afternoon before a night out in the evening. It was a pretty busy day, but there was a definite buzz around and a lot of green. 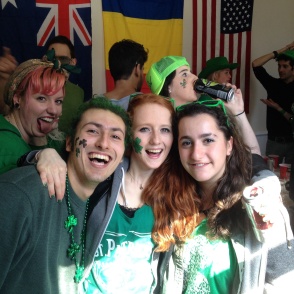 The story of maple syrup

One afternoon this semester, the International Centre offered a visit to a local conservation area where there was an exhibition set up involving a wagon ride and a demonstration of how maple syrup has been made through history to the modern day. Of course, at the end there was an opportunity for pancakes and maple syrup.

At Queen’s I joined the Dance Club as it has always been one of my hobbies, and I am so glad I did. It is a huge club, completely student run, and they offer lots of classes of different levels and styles. I took ballet, lyrical and contemporary classes, which made for a nice Sunday of dancing each week.

At the end of this semester, we had our final recital, four performances and a week of rehearsing and performing made for a hectic week of dancing, but I enjoyed it a lot, and the sense of community that I have discovered at Queen’s was even stronger in the Dance Club. I was very sad for it all to end as I have met some great people and had some great teachers. It all ended with great performances of our recital dances. 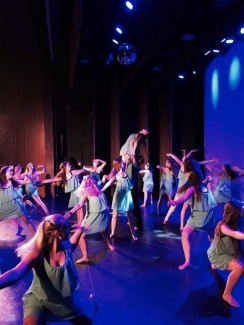 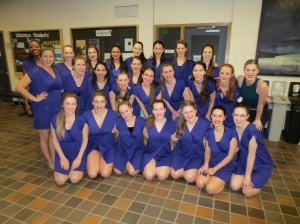 A week later, the dance community also put on a dance battle, and this was one of the most fun evenings I have had. It was literally like Step Up‘s dance off with many different dance clubs on campus battling it out with professional judges flown in from LA and the like. The atmosphere was insane and there was a lot of talent out there.

I am slowly coming to terms with the end of semester and the end of my time here at Queen’s, it is  a very bitter sweet feeling – I am excited for travelling and eventually going home since I haven’t been there since August last year, but my year abroad could not have been better. Queen’s will always have a special place in my heart (cliched but true).

Holly has made it across the country after she finished her studies at Wellesley College recently... and even managed to find some UoM alumni on the walk of fame!
Check out the Stony Brook University's sustainability initiatives! 🌎
Summer Schools are approaching, who's excited? 😍
Check out the University of Case Western's sustainability initiatives! 🌎
Visiting the tulips in Amsterdam! Thanks Hannah 😍
ATTENTION ALL IEP STUDENTS!! The desk in the Atrium will not be regularly staffed from next week, please continue to send queries to goabroad@manchester.ac.uk