Hi y’all, I know it’s been a while since my last post, my second semester has been so much busier trying  to fit in as much traveling as possible as well as getting to host lots of friends and family from the UK (showing them how amazing NCSU is) before I head back home in just 2 months. It’s strange to think that I only have one month left at university; this year has absolutely flown by.

When I was initially applying to universities in America and even when I got accepted into North Carolina State, I was desperate to know what the university looked like to give me an idea of what to expect when I got there. Getting onto a plane packed to go abroad for the year was even more nerve-wracking when I had no idea what was waiting on the other side. This is why I am hoping this post will give you a glimpse into what Raleigh and NC State campus can offer and show you why I have come to love it so much.

No magic bus to uni, it’s all about the Wolfline now. Most classes are on the main campus and within walking distance of the halls. However, there are some classes (mainly for engineering students) that are held on another campus called Centennial, which is a 10 minute ride on the Wolfline. Riding the Wolfline is free for everyone and can take you all around campus as well as some of the local areas such as Cameron village, Mission valley and Hillsborough street.

The main campus is massive, I’ve been here for almost 8 months and I still reckon I haven’t seen half of it. The student union was built last year and is a great place to grab food, with a huge food court, including restaurants such as One Earth selling sushi and stir fry, Jason’s Deli if you need to grab a quick sandwich before class and of course Starbucks. On the main campus there are 3 dining halls as well as 2 food courts and several cafes, meaning wherever you are you can be sure there will be somewhere nearby to grab food and a coffee. 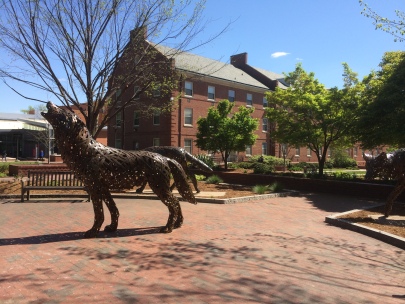 For the athletes amongst you or just those who want to try out a couple of classes, the gym is free for all students and so are all the classes. The gym itself has 2 swimming pools, studios and basketball courts as well as a rock climbing wall for those of you feeling more adventurous. With all the clubs, classes and sports facilities they have if you want to join in, whatever level you are at, you can be sure there’s something for you. Also, because sport forms such a big part of university life, there are many matches, especially for ice hockey, American football and basketball, that have a great atmosphere and I highly recommend going and screaming along with the fans. 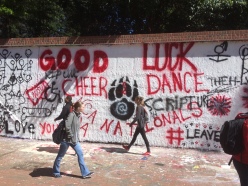 There are two libraries; the one on main campus is situated in the Brick Yard closest the accommodation and the other on Centennial called Hunt library, which is more like the learning commons in Manchester and which overlooks Lake Johnson (yes there is a lake on campus, something I only embarrassingly discovered recently). 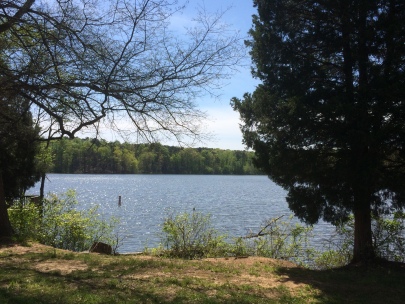 Around the university there is Hillsborough Street which has even more cafes and restaurants as well as a bowling alley and a couple of bars. Mission Valley and Cameron Village are both complexes close to campus (about a 20 min walk) containing shops, salons, restaurants and a cinema. Downtown is a 10 minute drive from campus and is the heart of Raleigh. This is often where we go out in the evening as this is where the most popular restaurants, bars and clubs are situated. Although it is much smaller than Manchester, on a sunny day it’s nice to wander around the several small parks and a pay a visit to a great find of mine called ‘Treat’ to cool down with an ice cream. The science museum and state capitol building downtown are also good to take visitors. For those shopaholics amongst you there is also a shopping centre just 20 minutes drive from campus called Crabtree Valley Mall as well as Target and Walmart to pick up any essentials. 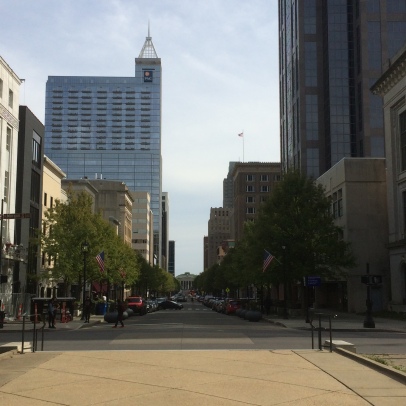 The location of NC State has also been great for travelling, being just a 20 minute journey to the airport and a coach and train station downtown. However, I’m not going to lie having a friend or roommate with a car in Raleigh makes it much easier to get around the city and State. As the beach is a 2 hour drive away and the mountains 4 hours, both are a must see if you come to North Carolina.

I hope this gives you an idea of how amazing NC State is and explains partly why I’ll be so sad to leave in 1 month. If you’re looking for a proper American university experience that is different from Manchester, this is it!  My experience studying abroad here has been even better than I could have imagined and I hope that it you decide to study abroad you’ll find the same.