So 10 months later and I’m permanently back in the land of real bacon, correct spellings, day/month/year and people who know how to make a proper cup of tea (I’ve had 12 already). For my final blog, instead of getting all sappy and emotional about how amazing this year has been I thought I’d finish off by sharing some of the worldly wisdom I’ve acquired since August. Here are a few of my top tips and insider hints for studying abroad at the University of Illinois, navigating the USA in general, and for all of those things you think will never happen, but actually did:

One last sorority barn dance before the semester ends 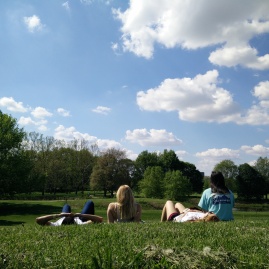 See what I mean about patriotism?

Happiness is: the Golden Gate Bridge in San Francisco, California

When your family has too much Illini pride in Monterey, California

Pace by the ocean (get it) in Santa Barbara, California 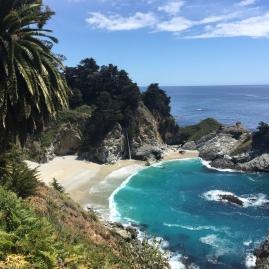 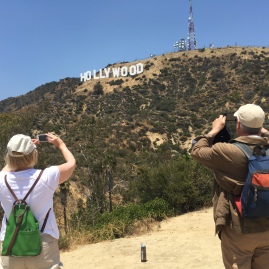 My parents just being tourists in Los Angeles, California

The strip in Las Vegas, Nevada

The Grand Canyon in Arizona

Relaxing in the sunshine in Austin, Texas

Well, that pretty much sums up all of the important lessons I’ve learned in America. After wanting to spend a year abroad since before I even applied to university it has more than exceeded my expectations and truly has been one of the best years of my life. I’ve visited 3 countries, 12 states, 20 (ish) cities and have come to accept that seeing The Rolling Stones live in Cuba is probably the coolest thing I’ll ever do in my life.

And I know I said I wasn’t going to make this an emotional post, but I lied, and I have to say that what really made this year so great was the people. One of the best things about study abroad was the shared mentality among fellow exchange students of; “We’re all in the same boat here, we don’t know anyone and have no idea how things work in this country, so let’s just stick together and be friends”. And I love the fact that the people I met in my first week at Illinois were the same people I went travelling with at the end.

So to quote a cliché; “it’s not goodbye, it’s see you later”. Because once you’ve survived 7-, 12- and 20-hour coach journeys across America, a few hours down the M1 or a quick EasyJet flight to Europe doesn’t really seem that far anymore.

Thanks for the memories America. Go Illini!