People were often quite surprised to hear me say that I was going to be studying in Singapore. Having only met a very small handful of people from Manchester who were even going anywhere else in Asia, I was apprehensive myself before I left. It occurred to me that maybe I had made the wrong decision deciding to go somewhere so completely different from the UK, while others seemed to all be going to the slightly more familiar USA, Canada or Australia. Four weeks down the line it is safe to say that I definitely picked the opposite place from Manchester, but it was also definitely the right decision.

I chose to study in Singapore mostly for the ability to easily travel around South East Asia. However, being here has made me realise that there is a lot more to see in Singapore than I had originally thought. During the week I had before lectures started, I managed to see the majority of the main sights of Singapore. While the famous Gardens by the Bay and the Marina Bay Sands are both magnificent, my favourite part of Singapore so far is in fact the little cultural hub of Little India. The first time we went was on one of the few rainy days, but this was nevertheless brightened by the intense mass of flowers and garlands that are scattered throughout the markets here. Walking through one of the main markets, you are immediately bombarded with the sights, smells and colours of different fruits and flowers that surround women in a variety of beautiful saris and other Indian style dresses. 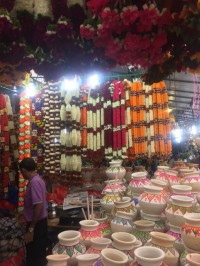 Despite this, the actual campus of the university was not quite what I expected. Through being a campus university it seems to me more like how I would imagine an American High School than a university. For one, all the local students are extremely dedicated to both the university and their halls. The majority of them walk around in university t-shirts and I’ve seen and heard some singing their hall anthems while walking through university- this is obviously not something you see in Manchester. At times the campus has definitely felt claustrophobic, living and working in the same place throughout the week, but ultimately I’ve accepted this as a form of motivation to work during the week, allowing myself to make the most of the weekends.

The most exciting part about being in Singapore has to be the travelling that I have done and that I plan to do. Luckily for me, I found a piece of home in a girl from Newcastle University who I met on my first day at NUS. Both of us are very keen on travelling and in the past four weeks have managed to go to both an Indonesian island called Bintan and Penang in Malaysia. The highlight of both of these must be the 2 hour hike we did in Penang National Park that took us to beaches named ‘Monkey Beach’ and ‘Turtle Beach’. Although there weren’t monkeys or turtles actually on either of the beaches, there were an abundance of monkeys especially in the nature surrounded them. Turtle beach in particular was beautifully quiet with pristine white beaches and a pearly blue sea. However, it was the startling backdrop of the tropical jungle that surrounds the beach, that set the place apart from anywhere I have been to before. It was honestly breathtaking and almost scary looking out at the expanse of sea ahead of you only to look back to the tremendous and almost oppressive jungle behind.

What I love most about Singapore is it’s collaborative individuality. It has no single point of reference which is what makes it so unique. Within any single area in Singapore there is a bit of India, a bit of China, a bit of Malaysia, even a bit of London in the skyscrapers. Yet it still manages to hold its own within its amass of culture. The skyscrapers are that bit more clean than in London, the Indian food places and shops seem to be that bit more organised than they would be in India and overall Singapore has managed to create it’s own distinct identity within the bundle of cultures that have established themselves. 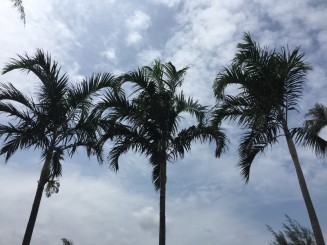