The end of December/ beginning of Jan has been crazy busy with exams, moving house, going skiing in Whistler, saying goodbye to various friends leaving Canada, and starting the new semester. But I’ve finally got a bit of a lull and thought I’d update everyone on my news, as well as offer some reflections on the end of the first semester and how the last four months in Vancouver have gone.

Highlights of last semester definitely included visiting Vancouver Island for thanksgiving weekend in October. We rented cars and got the ferry across from Vancouver to the island. The journey itself was quite dramatic with our car temporarily breaking down on the ferry as we were meant to be driving off!! We rented a big air b&b by a lake, and spent the long weekend eating lots of delicious food, playing cards, swimming in the lake, walking, and also visited Victoria the capital of British Columbia.

Another particularly memorable trip was visiting Banff in November. Banff had been high on my to do list in Canada, and safe to say it didn’t disappoint. It’s a bit of an expedition getting there from Vancouver, but the 10 hour drive split between a few drivers was manageable. As soon as we started to drive out of the city we started to see spectacular snowy landscapes, unlike anything I have ever seen before. The last leg of the drive takes you through the Rockies which was seriously impressive! Driving in the dark through windy snowy roads with massive lorries hurtling by was definitely a bit sketchy, but we made it in one piece! Banff itself is definitely an adventure hub, with lots of outdoor shops and adventure activities on offer. Highlights of the trip included visiting Lake Louise, which was completely frozen over, and we could walk out onto its solid expanse. The Lake is picture postcard Canada; crystal blue in summer and surrounded by mountains and I would definitely like to visit again in the spring to see it without the snow. We also went on a wintery walk to a canyon which had lots of impressive frozen waterfalls and tried our hand at ice skating, some to more success than others.

All too quickly exam season came around, and despite my best intentions at the start of the semester I was not prepared for it. It didn’t help that at the same time we were sorting out house negotiations with our new landlady who is a crazy maniac, and a lot of energy was being put into making sure that there would in fact be a room built for Tom to sleep in once we moved in. In a series of misunderstandings that led to us becoming landlords, we also had to find two extra housemates to sub-let the two spare rooms too. Miraculously the renovations were finished in a week and we each had a bed to sleep in (no bed frames though, that would have been pushing it). Our new house is just off Commercial Drive, so it’s an amazing location for going for drinks, good places to eat, and cool coffee shops. It’s also a breeze to get downtown on the skytrain, and only 35 mins to uni. I’m living with 4 of my closest friends who are also on exchange at SFU (Millie, Tom, Tom and Carrie), a Canadian guy called Alex, and then the lovely Aya who we met fortuitously in Whistler and needed a room, and is a great addition to our gaggle.

Spending Christmas in Whistler was completely amazing, and I am so happy I decided to stay out her for it rather than fly home. We rented an apartment and squeezed in almost twice the amount of people who were meant to fit in it, so it was so much fun hanging out and skiing with all our friends! We cooked a big Christmas meal on the 24th as lots of our European friends all celebrate on the 24th, and had a vegetarian feast! Waking up on Christmas morning and getting up to go skiing in one of the best ski resorts in the world felt kind of surreal and I feel super  lucky to have been able to have had  that opportunity!

We then came back from Whistler to our new house (so nice not to be living on a mountain anymore). We had lots of friends staying with us at the end of December and beginning of Jan, so the house was super sociable and felt like we were running a B&B at times, and we even have our own guestbook now. It was also v sad as we had to say goodbye to all our friends who were only studying here for one semester. It’s very emotional as you spend four months seeing these people every day, in such an intense experience, and then you have to say goodbye to people that you might never see again, very weird! But on the other hand I now have amazing friends spread all over the world (okay mainly Australia) that I definitely will visit in the future!

I started back at uni at the beginning of Jan, and so far I’m really enjoying my classes, and loving living downtown with my friends. I can’t tell you how nice it is to live off the mountain, and be able to pop out in the evening to go for a drink on Commercial and be able to buy affordable groceries on my doorstep (I do not miss the trek to Walmart). It’s really nice to have some friends still living on campus though, and to be able to meet the new exchange students through them. I’ve got a pretty jammy timetable this semester, with only lectures on two days a week, so been trying to get up to Whistler as much as possible!  Overall 2018 has been off to a pretty sweet start… 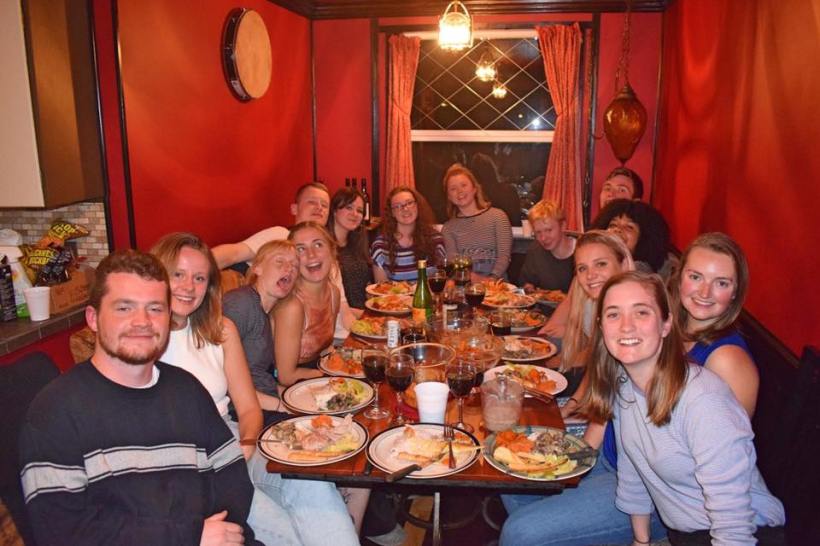 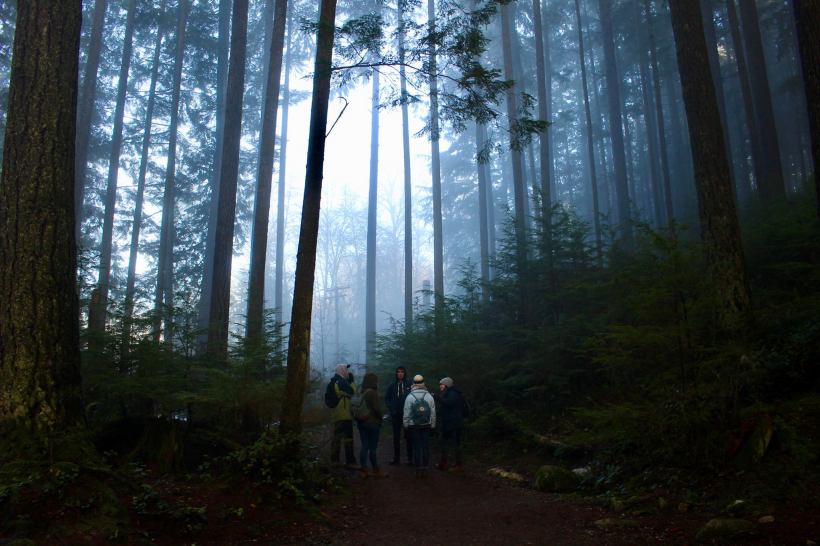 Are you studying abroad, or have you studied abroad, in 2022?
Come see these landscapes with your own eyes, apply to study abroad!
Check out the University of Vermont's sustainability initiatives! 🌎
🌎🐮🌼🌞
Our Manchester students started their summer school at @clic_ihsevilla in Seville last week and - wow - what a beautiful city!
"When your semester abroad becomes your only personality trait" - Abbey