As my first semester in Lund comes to a close, it seems like a perfect time to reflect on the good and bad things (the weather) I’ve experienced here in Sweden. Lund is a small, very pretty university town in Southern Sweden, with beautiful old buildings and houses that look like they’re made out of gingerbread. Studying and living as a student here has been a completely different experience to my first and second years in Manchester. 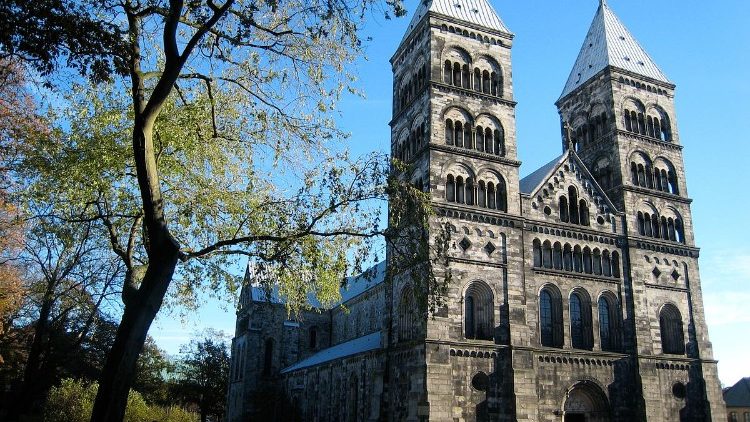 Lund Cathedral, built in the 1100s, one of the most visited churches in Sweden. 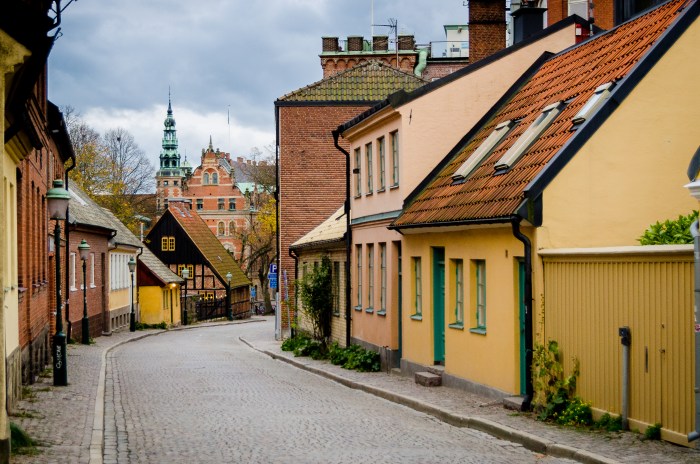 One of the main factors in this is the way student life in Lund is organised, through “nations”. The nations are similar to a students union, although there are 13 individual ones dotted all over the town. They are named after the different regions/ counties in Sweden, and in the past your area of origin would determine the nation you join. They are basically social clubs, each with a different priority, some are focused around music, others sports, but most are quite general and all are open to everyone. Becoming a member of one nation gives you access to events at all of the others. They are run completely by student volunteers, and put on all sorts of different events such as film screenings, lunches as well as pubs and club nights. I was amazed by this, and to be honest I can’t imagine this working in the way it does anywhere apart from Sweden, particularly not in the UK.

Working/ volunteering at a nation doubles up as a social event and is a good way to make new friends. I found this is the best way to meet Swedes, particularly as an international student. Workers are given free food, and are effectively paid (informally of course) in beer and are thrown a thank you party a week after working a shift. Another popular event in Lund nations are “Sittnings”. These are gatherings where a three course meal is served, song books are passed around and the nation leaders direct everyone through a series of songs. These are often highly cultural, and are often about the area in Sweden that the nation is named after. The songs are also often very funny and light hearted, especially as the singing usually gets quite rowdy, with people standing and banging on the tables (Swedes love a sing song). 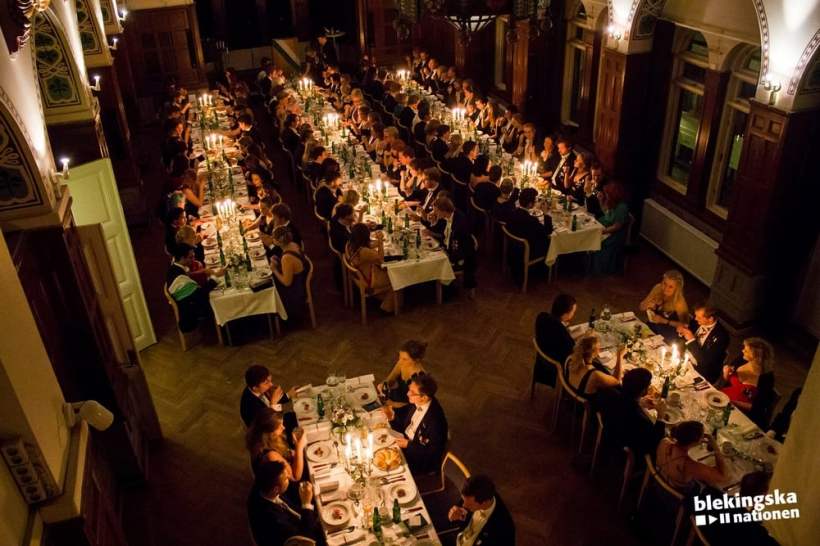 A Sittning at Blekingska nation, 2019. They usually start in a very civilised way, then get gradually looser as the night goes on.

This all makes the student life in Lund surprisingly lively, and wasn’t what I was expecting when I first took in the quiet, picturesque town.