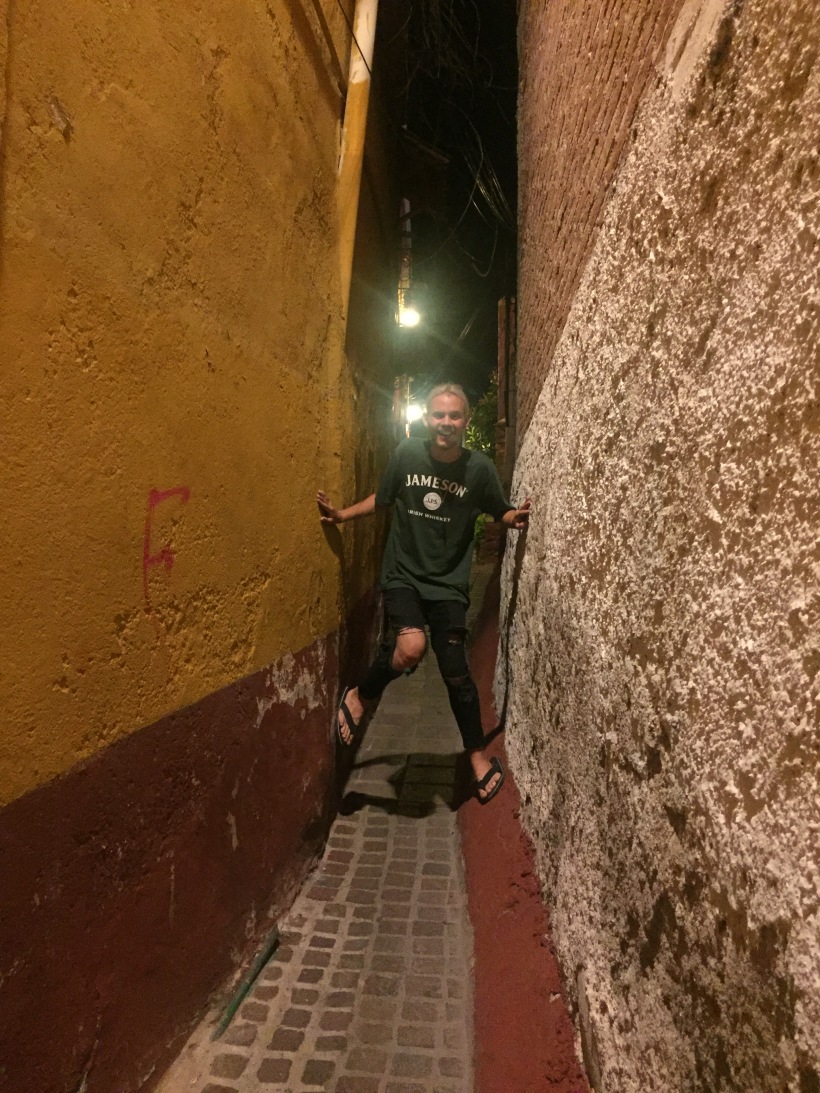 I genuinely have no idea what I’m doing or why this photo was taken in Guanajuato, Mexico

By May last year not only was the Toronto cold beginning to lose its bite as the snow melted into a optimistic Spring, I was all done and dusted studying at U of T. Home time? Well no, not quite yet. The explorer inside me, (Insert a hilarious Dora the Explorer joke here) had some unfinished business to attend to.

I’d managed to travel a decent amount during the semester amongst my jam packed academic schedule at U of T, with day trips to Niagara Falls and Hamilton, periods away skiing in both Ontario and Quebec and a long weekend in New York with friends to celebrate final freedom from exams, but even before I had stepped off the plane into a bitter Canadian January wind, I’d planned to do a ‘blow out, we’ll worry about how fantastically poor I’ll be after this’ backpacking trip after I’d finished my semester. 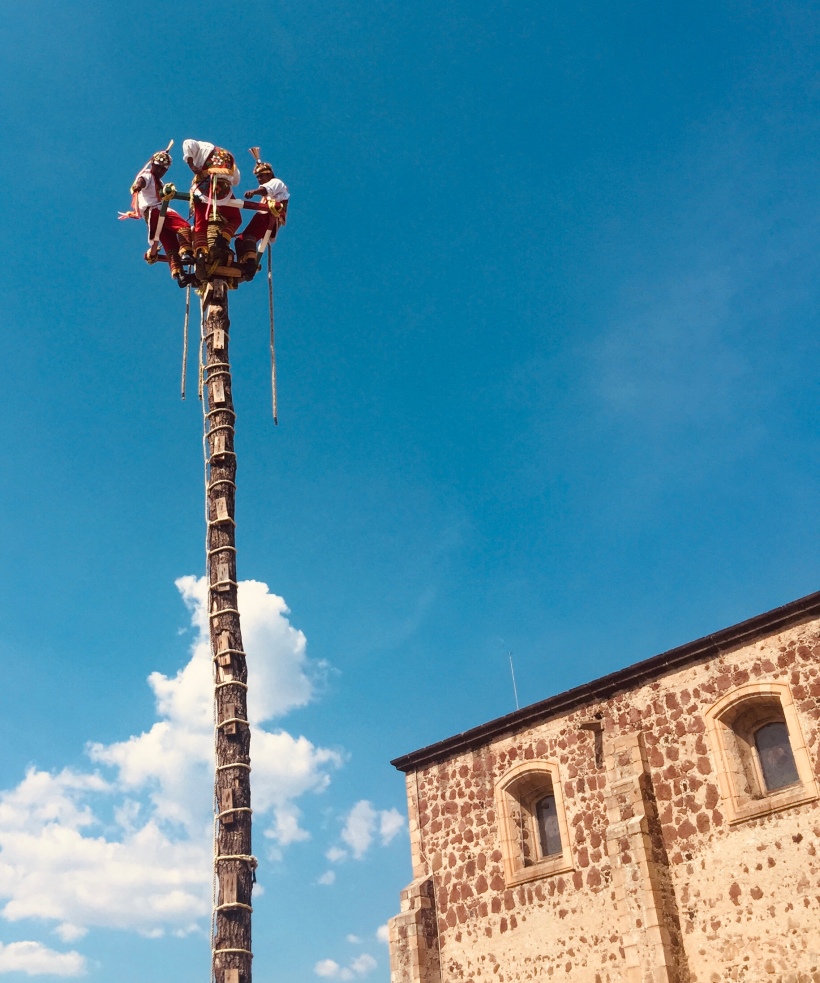 Part of a cultural ceremony in Tequila, Mexico

After all, I’d come this far and with my sense of distance warped by Canada’s sheer enormity; driving west from Toronto it takes two days to get out of Ontario, a 3-4 hour flight time to Latin America or the south of the USA seemed almost like spitting on the pavement. I wouldn’t really regret spitting on the pavement in the grand scheme of things, but I’d said to myself I definitely would regret it if I passed up the opportunity to go just a little further afield and extend my study abroad experience. I mean, come on? No one who studies abroad is going to hate the idea of travel and I would bet that for a good majority of us, travelling is one of our favourite things to do. 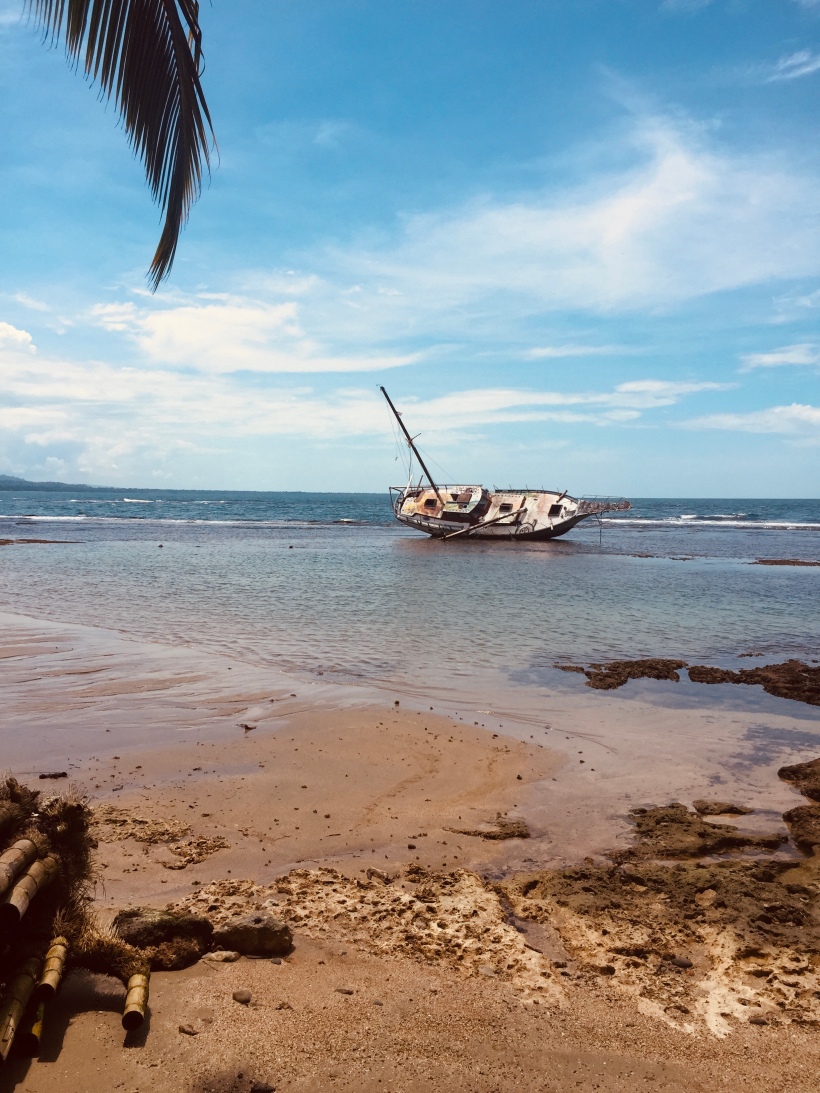 All this said and done, I still sat and stared at my computer screen in early April when a friend and I booked our flights from Toronto to San Jose, Costa Rica for early May. Turning to each other, we said no words at all but both had facial expressions which read ‘Oh my god, we’re really doing this?’. Costa Rica was the start of an effective giant loop of North and Central America for me, I had something of a rough mental plan but nothing painfully specific (that said I am in awe of people who can plan everything, I’m simply not that a) competent and b) coordinated). 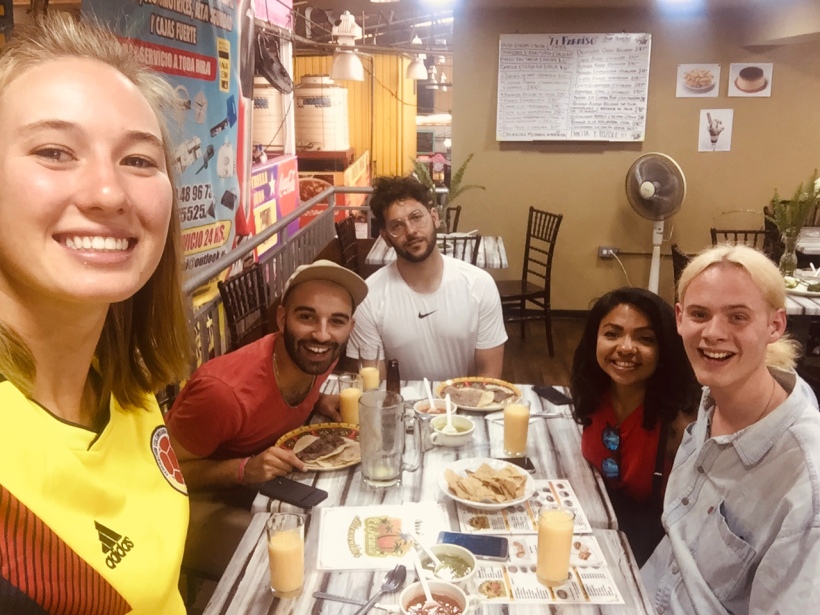 All I knew is that I did plan to stay with some friends of mine from Manchester who lived in California and British Columbia; on the west coast of the USA and Canada respectively, and that I wanted to spend a chunk of time with my older sister, who’d just moved to Vancouver a few months earlier and despite denying it even now, I missed enormously. Add the fact I didn’t have to be home for anything until mid July at the earliest, and it was the perfect opportunity to gallivant off into the world, hope for the best and find some stories to tell amongst the fantastic chaos of a largely unplanned life. 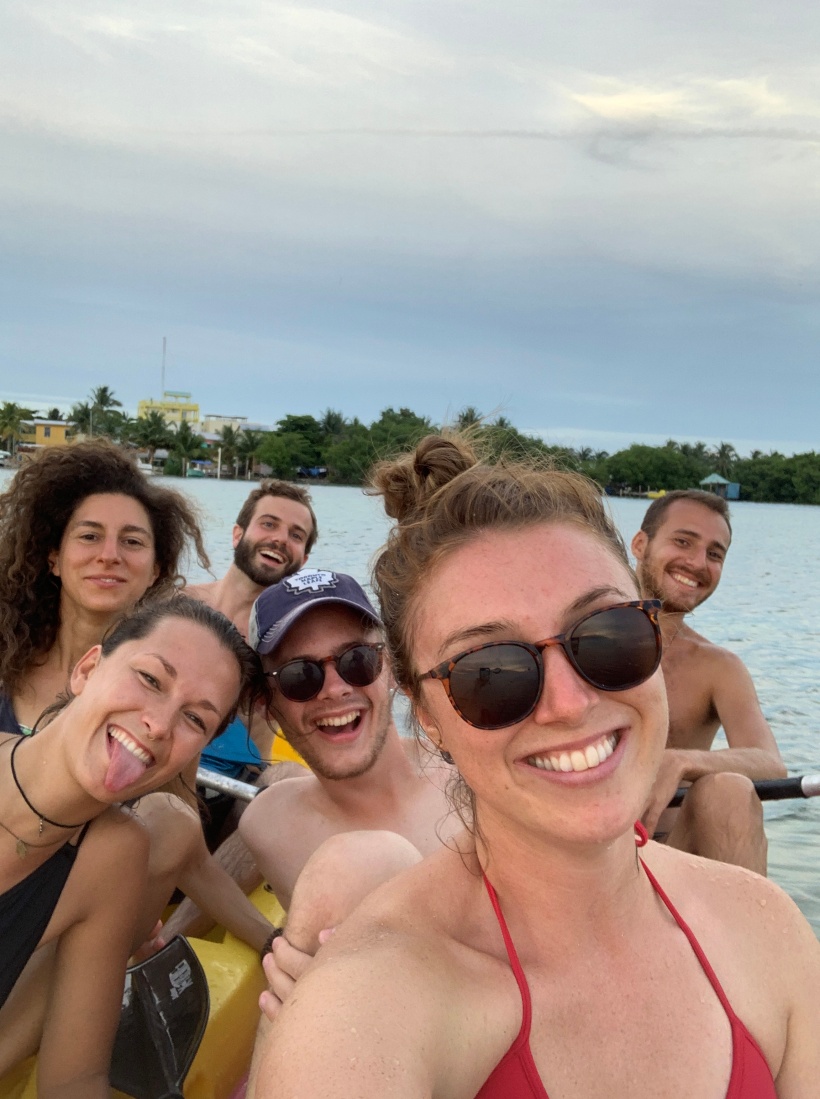 It all seemed to pass by in a blur. I landed in San Jose and like a gust of wind, time raced by and took me with it. Rainforests, Ancient Temples, Tropical Islands, Colonial Castles, lakes that stretched as far as the eye could see. They all took me and consumed me completely and my passport pages quickly noted down my personal adventure that took me to Costa Rica, Mexico, Belize, Guatemala, the USA and finally all the way back to Canada again, where my sister’s apartment provided some well needed rest in the rush of it all. 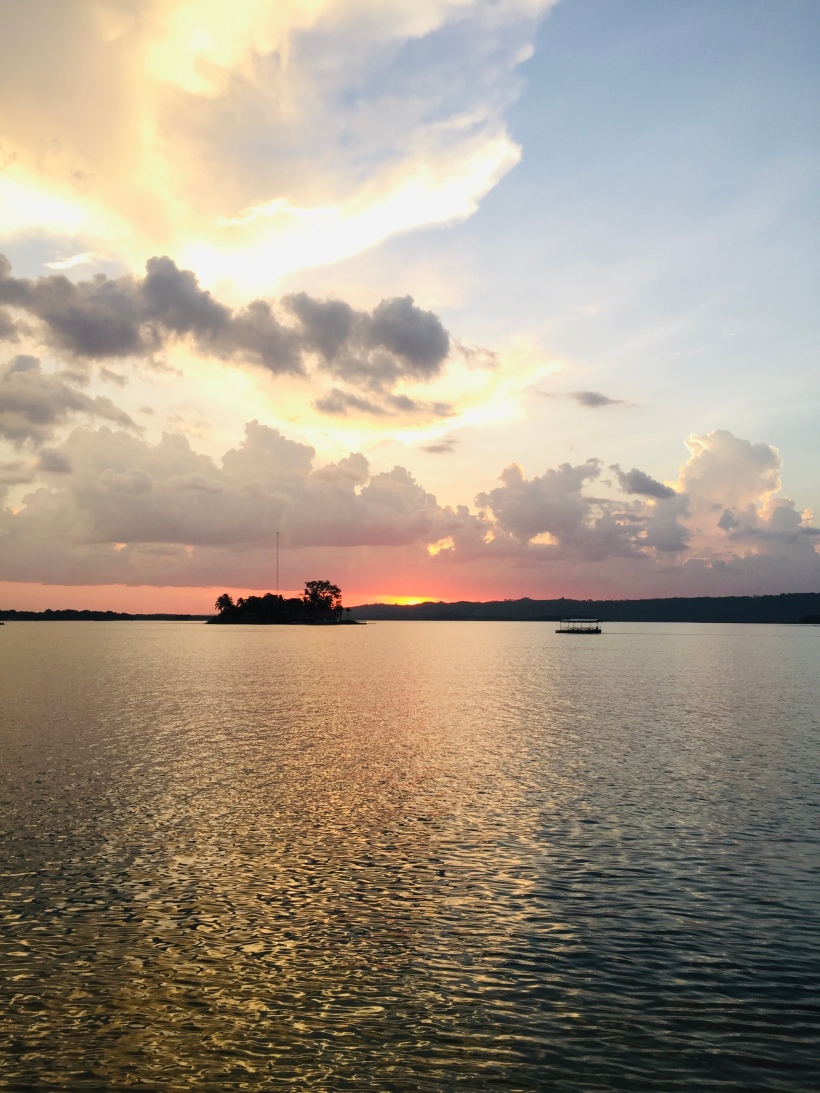 Watching the sunset in Flores, Guatemala

Amongst two and a half months of nights around campfires, days trekking across an urban or an actual jungle, afternoons of letting myself sink into deliciously warm currents and mornings of hearing bird calls I’d never thought I’d encounter; or at least the call of a friend across a busy street, something did change. It’s such a cliché, but sometimes things are said often because they’re true. When I arrived back in the UK in early July, the familiarity of it was comforting, but with it I realised I had changed in more ways than I realised. Yes, I know you’re wondering, I was indeed fantastically poor just as I had predicted. 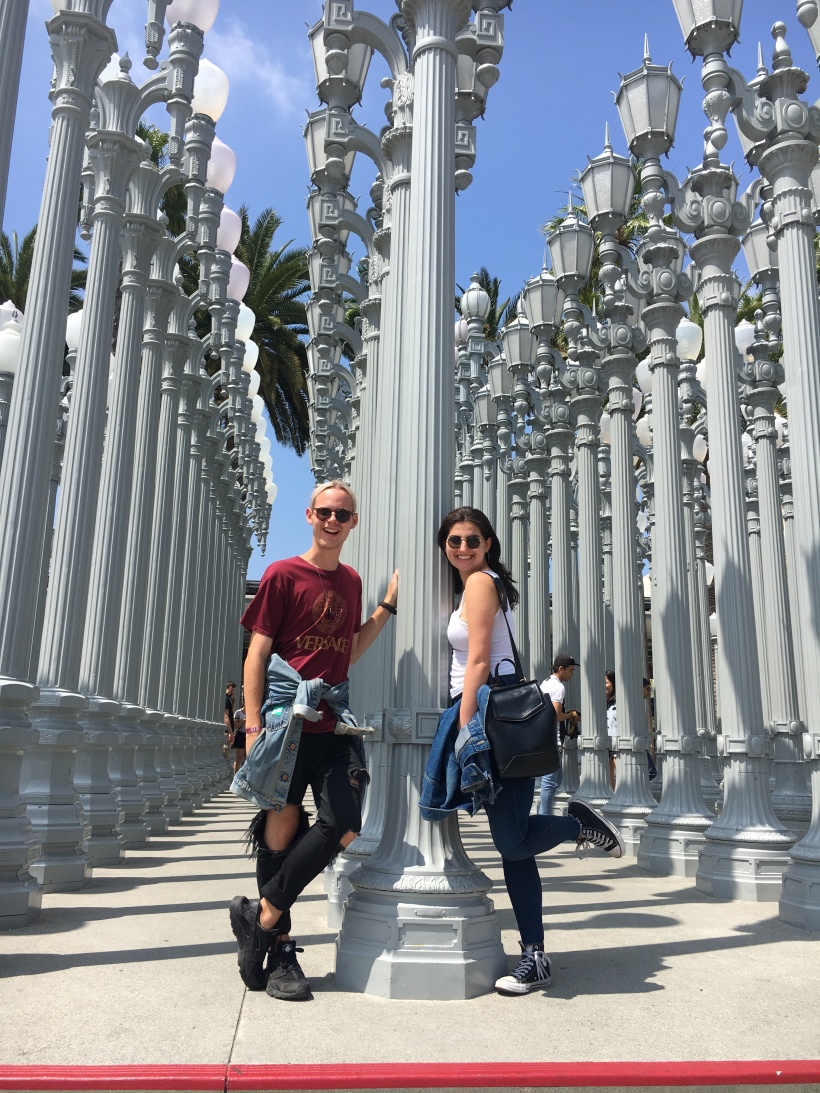 But I was also suddenly open to trying every food under the sun or in the rain, I didn’t get stressed about the little things and I felt a unbelievable sense of calm that despite the current pressures of my third and final year back in Manchester, I’d like to say I still have within me more than six months after I finished. Even though in a legal sense I’d been an adult for a good while before I went to Toronto and on my crazy adventure afterwards, it was only when I came back and in the days, weeks and months since then that I have truly felt like one. 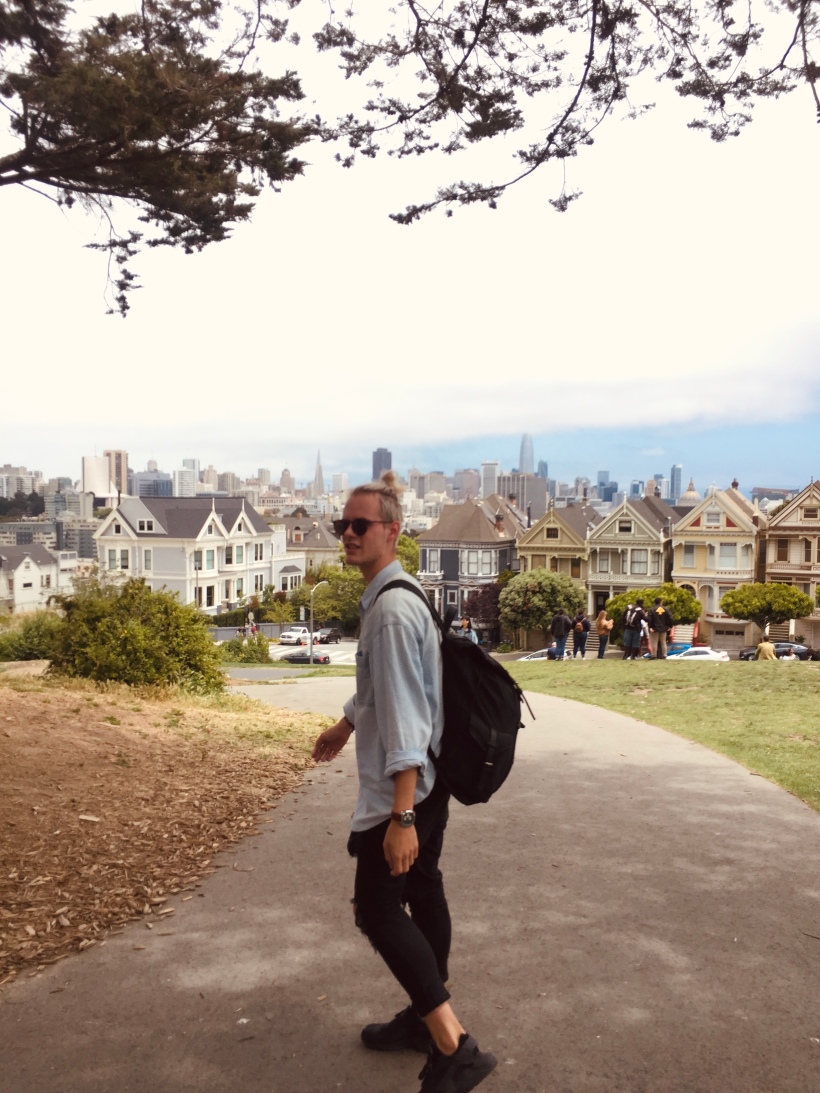 Getting lost in San Francisco, USA

For me that’s the magic of the opportunity to study abroad and indeed to travel as part of it. I’ve feel I’ve grown and learnt so much in such a short space of time. Yes, I’ve seen a lot of places and done x and y but that’s not what I mean. I’ve been so lucky to have found a good chunk of who I think I am through this wonderfully weird experience and where I want to go. Not geographically (though I won’t lie though its definitely given me ideas), but in terms of what I want after the graduation hats are thrown in a few short months and who I’ll be after my time at University and in Manchester is all said and done. I cannot express how thankful I am to have been lucky enough to have the chance to apply for and to have been chosen to study abroad and for everything that’s come along with it. 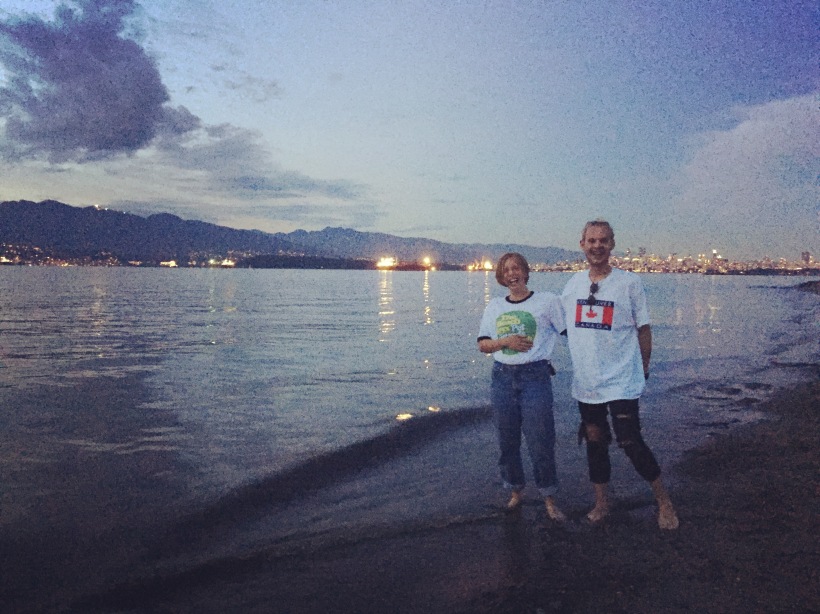 If you’re ever thinking about studying abroad, do it. It’ll be exhilarating, challenging and most likely an enormous amount of fun. It also just might change your life. It certainly has for me.