Bush week is the first week when school officially starts in the second semester at ANU, it is a bit like orientation week back in Manchester other than having lectures at the same time and this is where the fun events were held.

To start the week off, kick off barbeque was held in the Union Court with free food and drinks.

On Wednesday, the Market Day and Leadership Bazaar (aka Freshers fair in Manchester) was held in the Union Court as well. Even though it is the beginning of the second semester in ANU rather than the beginning of school year, there were still a large variety of stalls ranging from cultural societies, hobbies societies to political and leadership societies. There were also a lot of freebies and discount, definitely an activity you cannot miss.

Later that night was the ANUSA Band Night held in the ANU Bar which is a competition among student-formed bands with good judge and good prize. It was a great chance to listen to some free, wide-ranged and good quality music. There were also people dancing along on the dance floor.

On the same night, an art show was held in Ursula Hall (where I live on campus) exhibiting some of the great talents we have in Ursula. It was actually a competition as well. Below are a few artworks that I liked. 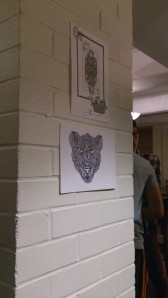 On Thursday, a petting zoo was opened in the Union Court. You can probably tell that it means that it is a small zoo where you can enter and pet the animals. Below are a few photos taken by the ANU Students’ Association during the event. 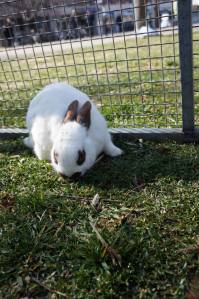 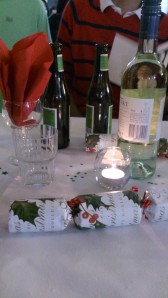 That pretty much sums up Bush Week. For staff and students to recover from the Christmas celebration and to enjoy the last day of Bush Week, there was no lecture on Friday. (Yay!!!)

After all the fun and adaptation, it is time to stay focus as seminars, tutorials, practical begins and lectures next week will no longer only be introductions.