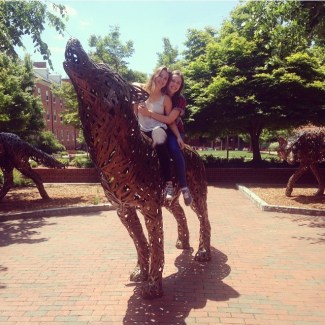 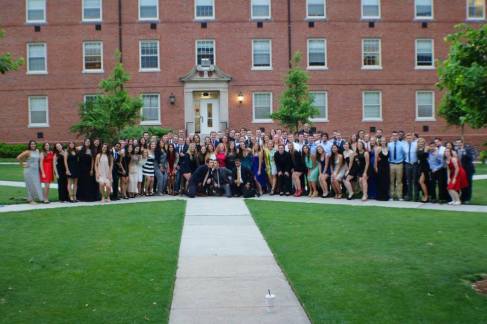 Sorry for the late post, It’s actually been a couple of months since I left NC State but the fact that my time there had ended only really hit me when I was on the plane home from Raleigh a month later, after heading back from my travels. With everyone finishing exams at different times and starting their travels it was a prolonged week of sad goodbyes. It goes without saying that it was really hard wishing goodbye to all the friends I had made, especially those I had lived with and seen every day, knowing that it could be a long time before I saw them again. However, I suppose it would have been worse not having anything to be sad about leaving behind. I know that the reason it was so difficult to say goodbye was because of the amazing experiences and year I’d had. What made it easier was maybe our naive determination that somehow we would be able to travel the world the following summer and all meet up.

As well as the people I was leaving behind I knew there were other quirks to North Carolina I would miss. The huge university spirit – the overwhelming sense of camaraderie and belonging, especially at the basketball and football matches. The extreme friendliness and politeness of the vast majority of the people that lived there. Unlike in London where we avoid conversation with strangers, in Raleigh,  everyone will make conversation and you won’t have much of a choice but to join in. I will also miss the cosiness of being in a small town with only a few local bars and places to go out, being on a campus uni where it literally took me five minutes to get to class from my room and all the perks that came with being at a uni that makes their own ice cream (I am really going to miss the campfire delight flavour). I had an amazing time at NC State, with the range of classes I was taking during my third year of uni, I learnt a lot as well as enjoying travelling, going to sports games, going out in town and even taking up some salsa classes. I felt that I really made the most of my chance to study abroad. So even though I was sad to leave, I am so grateful for the opportunity I had because it truly was an unforgettable year and I can’t wait to tell everyone about it now I’m home (whether they want to listen or not).