Hello, my name is Emily and I’m addicted to talking about study abroad.

I’m back, lads. Back in Manchester after studying abroad at McGill University and do not need much prompting at all to start talking about Canada. I don’t want to be a typical ‘Gap yah’ continually talking about my year in Canada but it’s not hard to slot into conversation something that happened in Canada, where there’s a will, there’s a way. Just to reiterate, I studied abroad for a year at McGill University, Montreal, Canada, I feel everyone needs to know.

I read an article on the Guardian website whilst I was still abroad about the reverse culture shock when settling back in to what is actually normal life after being on study abroad, continually meeting new people, going to new places, experiencing new things. I took the message on board that it can be an odd process settling back, but also shrugged it off: I’m living in a wonderful house (got the best room (get in lads)) with my housemates from second year and am good at organising my time creating a good work/life balance. Now though, at the end of the second week of being back in Manchester, I can see this reverse culture shock is true

I can’t completely put my finger on it, but things are weird. For ages, study abroad was the next or current big thing in my life, its become part of my identity in a sense – Emily, yeah she was on study abroad last year, or I’m Emily, I’m currently on exchange here from the UK. Now its finished, fini.  My course palz have all graduated and are doing well with their next stages in life, so I don’t really have the same strong connection to my course as I did before – there’s not the same familiar faces to recognise when I walk into lectures. My housemates and a friend from study abroad, are on integrated masters even if they had placement years, but I’m still just an undergrad, just a third year, even though it’s my 4th year of uni. I felt McGill really challenged and stretched me academically and intellectually, and I know I’m going to do  a Masters after graduation, but I’ve still got third year to do before I can go on. Things are the same, but also different. The feeling is starting to fade, but I was feeling out of the loop even though there was no loop to be in: I am up to date with course meetings and information. I think as McGill cracked the whip from day 1 of week 1, I’ve got in the pattern of knuckling down from the off, so, it might sound weird, but I’m really ready for courses to properly get going.  I think it will really help me feel back to normal. Also, I finished my last McGill final on April 18th (I remember the date as it was a big ol’ day) so I’ve had a near enough 5 month brain break. Just to be clear, I am fine, I’m just articulating my feelings to the vast expanse of the internet. I like shouting into the void 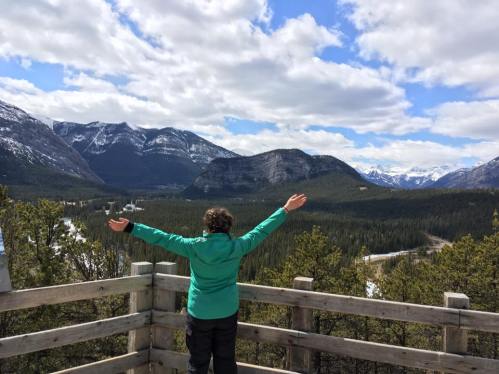 I love Manchester, but Manchester has nothing on Montreal. I miss the thrill of being able to go out in an evening or weekend to a new place, a new cool café (more likely a bagel shop), or keeping tabs on various outdoor trips such as canoe camping to pounce on. I don’t think I helped myself to settle into being back in the UK as three weeks after coming back from Canada, I went to volunteer in a refugee camp in Ghana for 6 weeks. For the majority of it, I was the only volunteer in the town, the only visible foreigner, teaching in very poor conditions in a school set up for orphans. I was Madam Emily, with a daily high five or waving routine as I walked to and from school. I kind of doubled my culture shock, as when I came back from Ghana, I was getting used to not being in Ghana, and reintroducing myself to life in the UK, again. When I was in Canada, I was different as I was an exchange. In Ghana I was different as I obviously stuck out as a foreigner. Now I’m just normal. I’m just a student in Manchester again.

I would do study abroad again in a heartbeat. I probably would even say I’d seriously consider emigrating to Canada for a few years. I’m not adverse to clichés, so I would whole-heartedly say the year 2016-2017 was absolutely the best year of my life so far

As far as I’m aware, this is my last blog here (don’t cry), but I am more than happy to answer any questions or just have a chat about what its like to go on study abroad, to McGill in particular, if you’re going or even just considering going. emily.featherstone@student.manchester.ac.uk

Check out the University of Case Western's sustainability initiatives! 🌎
Visiting the tulips in Amsterdam! Thanks Hannah 😍
ATTENTION ALL IEP STUDENTS!! The desk in the Atrium will not be regularly staffed from next week, please continue to send queries to goabroad@manchester.ac.uk
Some lovely pcitures of the centre of Bergen from Zoe! The second picture is from right near the university campus ✨
Ben's trip from Arizona to LA ✈️🌴
APPLICATION DEADLINE: 25TH MAY