As this blog is for those trying to get an idea of life as someone on study abroad as well as trying to help you decide where you want to go, I’ll give you a couple of reasons why I chose NC, Chapel Hill before I get into my first impressions.

As an English literature student there was no particular country that connected with my degree, which meant I had lots of choice when it came to picking a university. As someone who isn’t particularly strong with languages I knew an English speaking country was a priority. 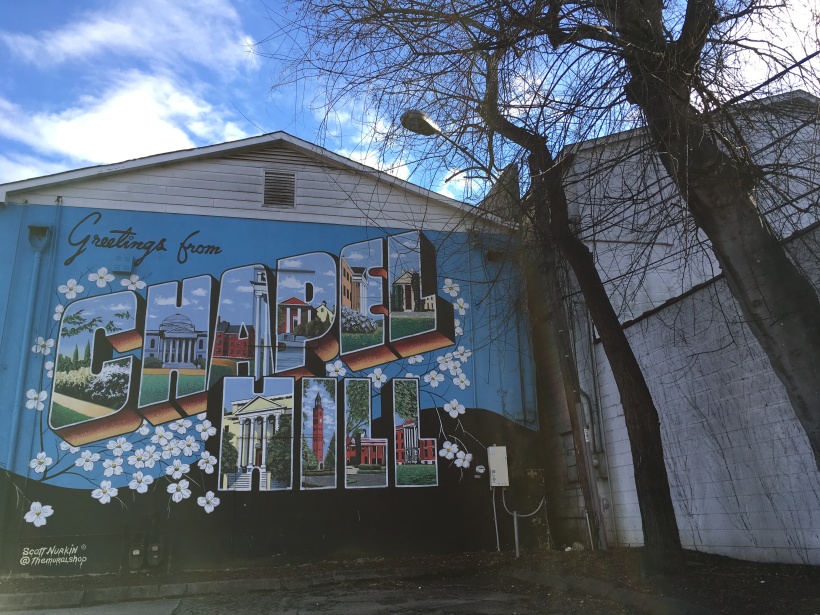 First and foremost, I picked North Carolina for the academics, it’s an incredible university and holds its own in international standings. But I also picked it because of the campus university, Manchester is obviously a city university so I wanted the chance to live in a different environment that was entirely student focussed. And thirdly, the English literature modules were so different to what I’ve been studying at Manchester. For example, there is a strong focus on African-American literature that I haven’t come across before, and module titles like ‘Latina Feminisims’ made me really excited to study books that were entirely different to my degree in Manchester.

4 days till I fly out. As I’ll be missing Manchester exams I am fervently writing my alternative assessment (think 3 x 3,000 word essays) before I get to America. The visa was finally sorted in the past weeks, but it seems like everyone experiences the last-minute rush as documents like the F-1 are slow to return to us.

The big warm coat has been bought, whilst NC is about the same average temperature as the UK, it is more extreme. For example the day might vary from -11 to 2 degrees. Although I’m lucky as a friend at McGill, Montreal also on study abroad is currently facing temperatures of -22. 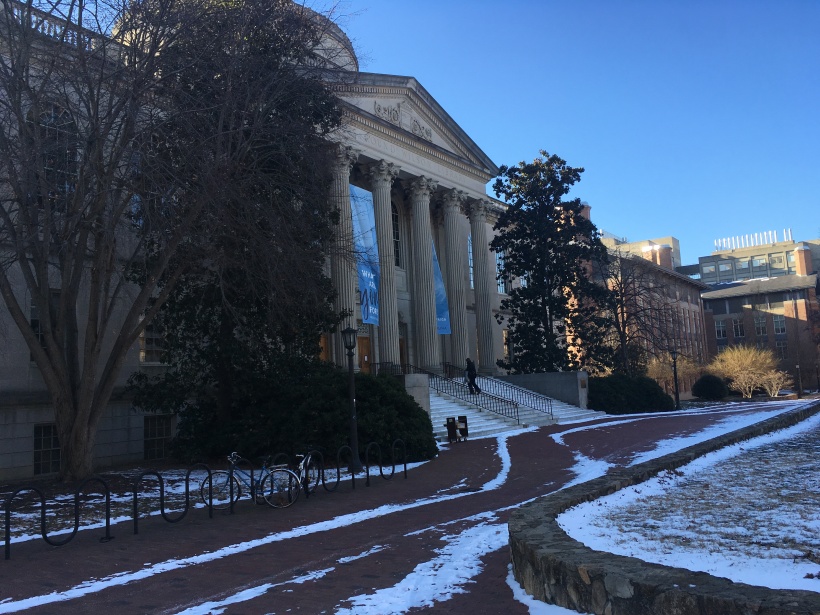 One of a multitude of the libraries on campus

E.A.S.E (Easing Abroad Students’ Entry) at Chapel Hill organised mentors for the international students so we all had a friendly face to collect us from the airport which made the first day so much easier.

My roommate only arrives on the 9th, which should be interesting as the last time I shared a room I had bunk beds with my little brother. However, it is the norm in Chapel Hill to share and at least it automatically gives me a friend (fingers crossed).

We had an orientation, and classes start tomorrow. Currently quite jealous of students back in Manchester whose lectures only start in February, but at least my term ends in early May.

I would really recommend UNC, having been here for a week now, I have realised the value in a good international exchange programme. They have made us all feel so welcome, organising trips to supermarkets, connecting us with mentors (who got me basketball tickets!) and generally just always being there to help.

Southern hospitality has never felt so true, or so needed and appreciated.

Some of the typical UNC sites: Silent Sam, the Confederate Solider and the Old Well, the university logo

Just a to give a perspective on how big the basketball stadium is. School spirit is so strong here. Never seen more university hoodies in one afternoon