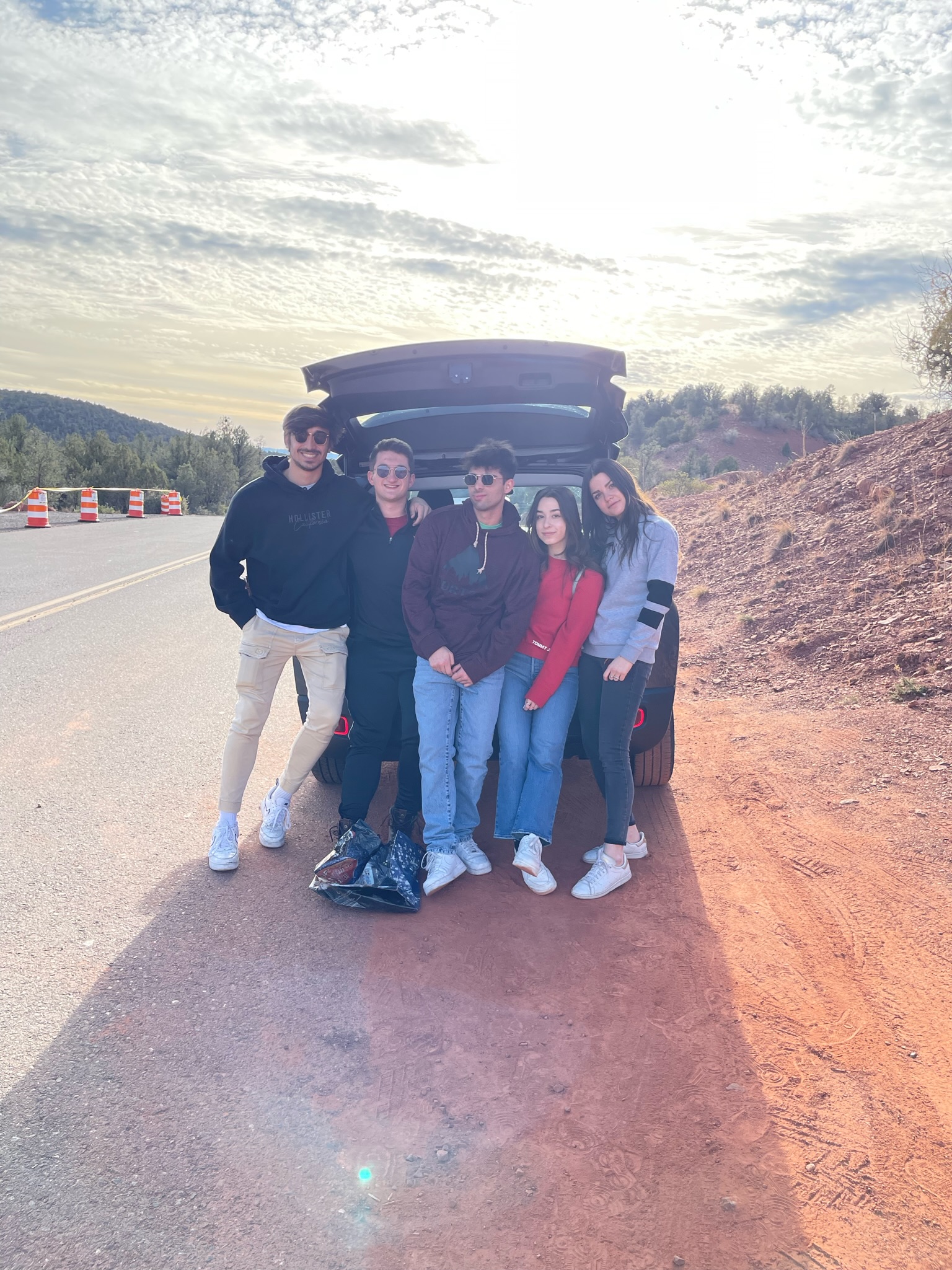 I feel some things are just rightly assumed about the long-run advantages of doing a year abroad – yes you become more cultured, yes you’ll gain confidence, yes you’ll view life differently, yes there’s new opportunities… but what actually are some examples of these?

A (by no means exhaustive) post on how my year abroad impacted my life.

END_OF_DOCUMENT_TOKEN_TO_BE_REPLACED 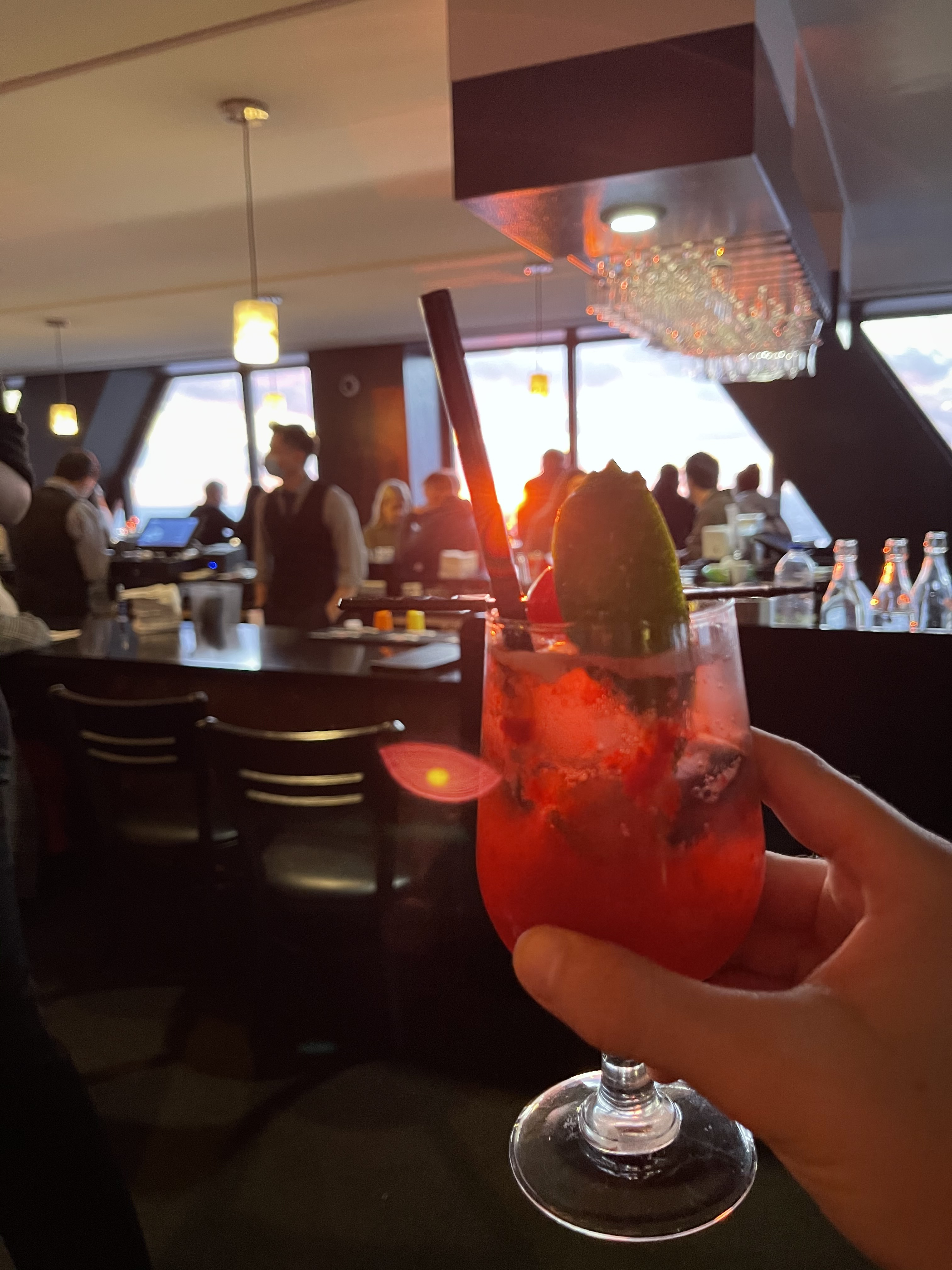 Chicago – making the most of being stateside!

I hadn’t even considered the fact that I was in a whole new country with 50 states to explore before arriving in Arizona, but now I see why so many students pick to move stateside.

Chicago, or as my friends exclusively refer, CHICAGO BABY! is a truly magnificent city, especially for those looking for some rest bite from the culture of the West Coast.

We picked up flights for only £56 direct return from Phoenix and sharing Airbnbs with a large group saw 3 nights’ accommodation over the weekend only come to about £50 each.

Chicago boasts quite the architectural prowess. Everywhere you look is a huge skyscraper and each is just as impressive as the other. We visited Trump tower (it was free!) upto the 20th floor and used a lesser-known ‘hack’ to avoid paying the $30 charge at the Willis Tower. If one is looking for a view up in the clouds of Chicago then go no further than the The Hancock Tower, once inside there is a bar on the 95th floor which is free to access and provides a stunning 360º of Chi-town.

Oh me, oh my. If you’re a foodie then Chicago is the place to be. Whilst living off the diet I consumed during my weekend would leave you with some type of clogged arteries or heart disease, it doesn’t mean one shouldn’t ‘pig out’ when there. I recommend two places specifically for the two key ‘traditional’ foods of Illinois: Lou Malnati’s Pizzeria for deep-pan pizza ‘pie’ and Luke’s Italian Beef for a classic steak sandwich. Both of these will leave you in a much-appreciated food coma.

Also, they have Nandos which is really cool.

I liked the bean, it was cool and attracted a large crowd, which is kinda funny considering it is a bean.

The north of the city has numerous parks, particularly in Lincoln Park, which also has a free zoo. Views of the skyline are superb from here and it’s nice to be able to be at one with nature in a city that has a concrete jungle vibe at times.

Some of the shops we visited reminded me of those we find on Oxford or Bond Street in London. Equally, as Christmas was around the corner (I visited in mid-November) there was a lot of decorations already up, which always puts you in a good mood 😎.

There are many tales about the Chicago metro, and whilst you might think that they’re overblown, they’re not really. To put it lightly, there are a lot of ‘dodgy blokes’ lurking about and I wouldn’t want to travel alone at night on it (I’m a rugby prop for reference!). We had to get an Uber for our flight back thanks to a stabbing at a station up the line. During daylight it’s fine and a cost-effective method over taxis – so use this service at your own discretion.

I love art and history a lot and often visit the Whitworth Gallery, Manchester Gallery, Manchester Museum, IWM North Museum and the like, but this museum just annoyed me. If it was free then fair enough, but the CMA costs $12 as a student and $15 full fare (I think) but it’s not really worth it. We completed the museum in about 45mins and that was on a go-slow… wouldn’t recommend it. Avoid.

This concludes this little summary of my trip to Chi-town, up next? Accommodation advice for ASU.

I am officially back in Manchester, and back into my studies back at uni here. I thought I’d write a little blog about how it feels to be back studying in Manchester, when i’ve not been back here for quite some time!

In many ways, it feels like I never left Manchester. Memories of my time spent in Arizona almost feel like some kind of distant dream, like something that never actually happened. It’s hard to believe that a few months ago my average week looked like sunbathing by my dorms pool, preparing for a weekend away in a cool city, and of course a few classes in between all of that stuff. Now, I’m back in the North of England, where rainy days are commonplace, and there isn’t an outdoor pool in sight. Don’t get me wrong, it’s not all bad. I adore the city of Manchester, and I always have. My friends are here, my family are only a short drive away and England is simply just home, where everything makes sense and is familiar again.

However, it is hard to adjust back to life in Manchester, and life in a British university, after spending time in an American institution. The academic work in Manchester is a whole different ball game to the American way of doing things, and it is a little daunting to have to adjust to the level of reading I have here once again! Gone are my days of small intimate classes where we discuss and learn together, and everyone waits for my input just to hear my accent. I’m back into my lecture theatres of 200 people, where I frantically type on my laptop to take in all of the information that my highly-esteemed lectures throw at me. Then there’s the dissertation, the giant research project that i’m expected to embark upon soon. It’s certainly a process, to adjust back to life here again.

Irrespective of all of that however, I wouldn’t change the experiences I had abroad for anything. I learnt so much about myself, and about a new culture whilst I was away that I feel like my whole life is different now. I am now that slightly annoying friend that brings up America every chance I get, or somehow finds a way to weave it back into the conversation. Every little part of life reminds me of being in the US, and all of the experiences that I had there. I think those 6 months in Arizona will be formative for the rest of my life.

Being back in Manchester isn’t all doom and gloom in reality. I’m catching up with friends, getting back into my societies and church, and exploring this vibrant city again with a whole new appreciation for it. I had my third and final (yikes) freshers week, and made the most of that with amazing friends. Plus, I am loving my new modules this term, and am being taught by some of my favourite professors at Manchester. Ultimately, life is different, but life is good. If you’re considering studying abroad, I’d encourage you to just do it. It will be an incredible experience, it will change your life, and you won’t regret it.

This is me signing off here for the final time, thanks for joining me on this journey, I have loved documenting my experience through this blog.

For my third study abroad blog I thought it would be appropriate to consider the highs and lows of my experiences. What better place to reflect on them, than where I am right now. As I write this, I’m cruising at a steady 650mph, 11,000 ft in the air over Canada. I’m half way into my 12 hour journey home from Phoenix, and headed back to my favourite Northern city of Manchester. As I sit here in my cramped economy seat, I have plenty of time to reflect on the past 5 months in Arizona, and come to terms with the fact that it has come to an end. What an experience it has been! There’s certainly been highs, and there’s certainly been lows, not forgetting the countless in-betweens. Some of these experiences have been unique to me and my situation, and others are likely applicable for many others who have embarked on a study abroad period. Whether you’ve been on a study abroad period or not, or whether you’re about to embark on one, this should be helpful to you! So here it is: the highs and lows of studying abroad (or rather, MY highs and lows of studying abroad).

Let’s start with the highs, as there are plenty more of those than there are lows!

Despite the abundance of ‘highs’ the ‘lows’ still exist, and that is just a part of life and a part of studying abroad.

So to sum it up, do I regret studying abroad because of the lows? Absolutely not. The highs far outweigh the lows, and the reality of life is that you will have lows wherever you are. Studying abroad is an insanely unique experience which is like no other. You will laugh, you will cry, and will miss home. But you’ll love it, and you’ll meet incredible people around the world that you wouldn’t have met otherwise. You will broaden your horizons, and you will leave a little piece of you behind wherever you go. I could not be more thankful to have had this opportunity. To all of the people that made this experience, I just want to say thank you. Those from YoungLife ASU, my fellow foreign exchange students, my classmates, my roommates and everyone else that I met along the way, thank you from the bottom of my heart. YOU made this experience for me.

Until next time, this is me signing off! I’ll be back for another blog once I’m settled back in at home. Until then, find me on Instagram for pretty photos @gabiprice_ or message me on social media if you know me personally and want to chat about any of this.